Campylobacter causes more foodborne infections in the United States than any other bacterium, although the pathogen’s characteristics can make outbreaks hard to detect. Exposure can lead to serious health problems, such as arthritis and a syndrome that damages nerves and muscles.

After a period of relative stability, the number of reported cases has been on the rise in recent years. Controlling the microbe in poultry flocks is particularly difficult, and chicken and turkey products remain major sources of human illnesses.

Mark Laughlin, an epidemiologist and veterinarian with the Centers for Disease Control and Prevention, specializes in the transmission of germs from animals to humans. Pew spoke with him about the challenges and combinations of strategies that can reduce Campylobacter infection rates. His responses have been edited for clarity and length.

Q. What makes Campylobacter such a large public health problem, beyond the sheer number of illnesses?

A: Campylobacter is one of the most common causes of diarrheal illness in the U.S., estimated to affect more than 1.5 million people every year. Those infected usually experience fever and stomach cramps and may have nausea and vomiting. Symptoms usually start within two to five days after exposure.

Most people recover within a week; however, Campylobacter occasionally spreads to the bloodstream and causes a life-threatening infection. This happens most often in people who have weakened immune systems, such as from a pre-existing medical problem or use of certain medicines.

These infections can result in long-term health problems. Some studies estimate that 5 to 20 percent of those infected develop irritable bowel syndrome, and that 1 to 5 percent develop arthritis. About 1 in every 1,000 reported Campylobacter illnesses leads to Guillain-Barré syndrome (GBS), a disease that weakens muscles, sometimes severely, for a few weeks to several years. In fact, as many as 40 percent of GBS cases in the U. S. may be triggered by Campylobacter infection. Although most people recover fully, others have permanent nerve damage and some die.

Q. It looks as if Campylobacter infections have been increasing. What key factors may help explain this trend?

A: Traditionally, these infections were diagnosed by culture, a laboratory method to grow bacteria from a patient sample. We call these culture-confirmed infections, and their frequency decreased dramatically from 23.6 per 100,000 people in 1996 to 13.6 in 2001. Then, for more than a decade, the rate remained mostly stable.

Since 2012, we’ve seen a change in the trend, which is likely due to the rapid adoption of culture-independent diagnostic tests (CIDTs). These tests do not require culturing bacteria. When data with both culture-based tests and CIDTs are combined, we’ve observed an increase in Campylobacter infection frequency each year. In fact, we found what appears to be a 12 percent increase in 2018 in the incidence rate compared with 2015–17.

The changing diagnostic landscape makes interpretation of these trends complex. The increases in reported incidence might be attributable entirely, or in part, to changes in clinicians’ test-ordering practices, greater use of DNA-based syndrome panels that identify pathogens not routinely captured by traditional methods, and corresponding changes in laboratory practices. Also, some CIDT results might be false positives. CDC and public health partners continue to work to fully understand the impacts of CIDTs on our data.

Q. Campylobacter is a leading bacterial cause of foodborne illness but reports of multistate outbreaks seem relatively infrequent. Why is that?

A: Campylobacter outbreaks are not commonly reported, considering how often people get sick from the bacteria. But the frequency of these outbreaks has been increasing. The average number reported yearly from 2004 through 2009 was 28, but it jumped to 59 from 2010 through 2012 and to 69 from 2013 through 2017.

Public health laboratories have recently transitioned to a newer technology, whole genome sequencing, that allows for better genetic analysis and may allow for the detection of a greater number of Campylobacter outbreaks than is possible with older methods, including pulsed-field gel electrophoresis.

Poultry, raw milk, and untreated water have been the most commonly identified sources of outbreaks. Although most are the result of contaminated food or water, they can also be caused by animal contact: In 2016–18 and 2019, large outbreaks of multidrug-resistant Campylobacter infections were linked to pet store puppies.

Q. What can poultry farms do to effectively reduce Campylobacter contamination?

A: Campylobacter is highly prevalent in poultry worldwide. It causes little or no sign of illness in birds, making it difficult to detect and control. The poultry industry, along with public health and academic partners, has developed ways to reduce contamination in live birds.

Unlike with some pathogens, chicks are not born infected by Campylobacter. However, the farms on which they live can be contaminated, and after the bacteria colonize the first bird, infection spreads to the entire flock in just a few days. Potential sources of flock infection include old litter, untreated drinking water, wild birds, other farm animals, domestic pets, wildlife species, insects, equipment and transport vehicles, and farm workers.

For all these reasons, preventing infection of a flock is not an easy task. Farmers use three general strategies to control Campylobacter in poultry flocks. The first is to reduce potential environmental exposures with strict biosecurity measures that ensure hygienic animal housing and feed and help control vermin. Another is using selective breeding and other methods to increase the birds’ resistance to colonization. To help with this approach, vaccines are being developed to reduce Campylobacter colonization. And lastly, antimicrobial alternatives are used to reduce the amount of bacteria spread by infected chickens.

Q. What can be done to decrease Campylobacter risks at later points in the food supply chain?

A: The poultry industry works closely with the United States Department of Agriculture Food Safety and Inspection Service to ensure that proper measures are taken to reduce the risk of Campylobacter infection from eating poultry. Contamination by this and other pathogens can occur at many points along the food production chain. Poultry processors are beginning to use novel interventions, such as freezing, hot water treatment, and irradiation to reduce levels of Campylobacter in their products.

For consumers, the best way to prevent infection by Campylobacter and other harmful pathogens is to follow the four steps to food safety: wash hands and surfaces often, keep raw and ready-to-eat foods separated, cook food to the right temperature, and refrigerate food promptly. 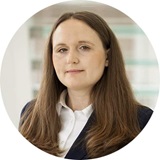 Opportunities to Improve Food Safety From Farm to Fork

Contaminated meat and poultry products are responsible for an estimated 2 million bacterial illnesses in the United States each year. Reducing meat and poultry contamination presents a significant opportunity to prevent serious—and sometimes fatal—disease caused by these major foodborne pathogens. 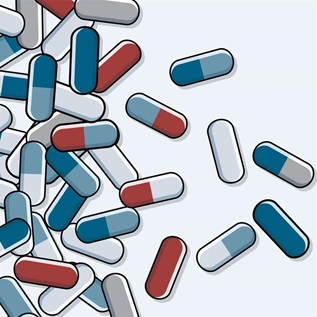