Story: This episode focuses on Americans’ views of religion and the generational changes that are taking place. Greg Smith of the Pew Research Center shares an update on the changing religious landscape, and host Dan LeDuc talks to a mother and daughter about their evolving religious paths.

In U.S., Decline of Christianity Continues at Rapid Pace

Why America’s ‘Nones’ Don’t Identify With A Religion 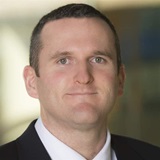