The United States is in the single longest period of economic growth in the country’s history, but this fact makes some economists—and those who track taxes and government spending—wonder how long the boom can last.

“Recession risks are uncomfortably high and rising,” Mark Zandi, chief economist for Moody’s Analytics, said at a recent event sponsored by The Pew Charitable Trusts that examined the lessons learned from federal and state responses to recent recessions. The number of major global economies and American industries that are in recession, as well as the ongoing trade conflict, poses a risk to the broader economy, Zandi told the audience of over 300 policymakers, experts, and journalists at Pew’s Washington offices and online.

Economic recessions have a profound impact on states. For example, during the downturn of the early 2000s, state revenue fell by 4.2 percent in 2002 alone. From 2008 to 2009, during the Great Recession, state revenue dropped by a total of 10 percent. States faced tough budget choices in both instances, which was why the federal government provided stimulus funding.

In 2003, the federal government offered tax relief, provided an extra $10 billion for Medicaid payments, and enacted a one-time $10 billion appropriation to help states balance their budgets. In 2009, the states’ budget woes were much worse. In response, Congress passed the American Recovery and Reinvestment Act (ARRA), which allocated $275 billion to states and localities via three main channels: Medicaid, a flexible grants fund, and specific appropriations for a range of programs. The legislation passed that February and, by the next month, federal and state officials began their intensive collaboration to disburse and use the funds.

“It was the right remedy at the right time,” former Vermont Governor Jim Douglas (R)—who served from 2003 to 2011, during both recessions—said at the Pew event. Still, he expressed concern about the restrictions that the federal government placed on the funds.

“I believe we should persuade the federal government to be flexible. I trust states to get the job done to make responsible decisions about spending priorities,’’ Douglas said. “Let governors make their own decisions.”

Former Oregon Governor Ted Kulongoski (D), who served during the same period, said he had been leery of a one-time offer of funding earmarked for special education that the federal government provided under ARRA during the Great Recession. Accepting the grant required the state to increase school budgets to accommodate the extra money. In later years, however, the state would have to fund the increase. Kulongoski said he had a moment of hesitation before accepting the money.

Douglas agreed that such narrowly tailored grants can be problematic for future budgets. But he noted that because ARRA funds were distributed over several years, Vermont officials were able to compensate for holes in their budgets with other funds. Overall, he was pleased with the effect that ARRA had on the states. “It worked well because there was such a sudden collapse of our revenue structure that infusion was necessary and welcomed at that particular time,” the former governor said.

The administrative challenge of deploying and tracking those funds across a wide range of programs in a short time frame required state and federal policymakers to communicate extensively, to implement systems for sharing key information, and to develop robust understanding of systems and processes throughout levels of government. Implementing ARRA was “the best-coordinated activity I’d seen in my 28 years in this position,” said Ray Scheppach, who was the director of the National Governors Association from 1983 to 2011. Each state appointed a “stimulus czar” who, along with the state budget officer, spoke weekly with federal liaisons.

On the federal side, Ed DeSeve led the White House’s Recovery Implementation Office (RIO) and coordinated among federal agencies, states, and then-Vice President Joe Biden, who was heavily involved in the implementation process.

“We tried to create a network,” DeSeve explained. “On the side of the administration, we had 22 different primary responsible individuals in each agency. Each agency had a call with us twice a week. We had weekly financial reporting data. We had quarterly financial reporting and progress reports out to the American people. … So we had a system that was fully transparent, that was able to move quickly, that was agile … and it did its work.”

Close interaction with the states was critical to those efforts. “We actively reached out to [budget directors] in 50 different states, because they could get things done quickly,” said DeSeve.

Tom Hanson, then Minnesota’s budget director, recalled some of the challenges that states faced. Foremost among these were the extensive data and reporting requirements. “It was a frustrating process to make sure that we got the data … in time for the quarterly reports. These were things that all got worked out over time, but … you didn’t want to be the people spending all the money and not accounting for it,” he said.

The experience with ARRA provides a valuable lesson on the importance and difficulty of implementing a federal stimulus package. States and the federal government can learn from these experiences, Zandi said, adding that the most important thing policymakers can do is to be thinking about the inevitable next downturn—and prepare for it.

Anne Stauffer is a director and Matthew Reese is an officer with The Pew Charitable Trusts’ fiscal federalism initiative.

Federal-State Coordination Was Vital During the Last Recession

Recessions happen. They’re hard to predict, and their causes are complex. Even now, as the economy continues the longest expansion in its history, economists are divided about the imminence of the next downturn.

How the Federal Government and States Coordinate in Times of Recession

As the U.S. economy continues the longest period of expansion in its history, economists are weighing the likelihood of a downturn. The past two recessions, in 2001 and 2007, significantly affected state revenue, prompting the federal government to help states balance their budgets by providing stimulus funding.

RELATED RESOURCES
The Federal-State Fiscal Relationship in Times of Recession: Planning Ahead by Looking Back 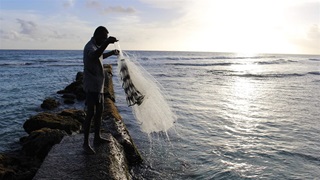