Last October, The Pew Charitable Trusts and The Economist Group—publisher of The Economist—with our long and distinguished histories of pursuing truth, joined forces to create The Evidence Initiative. Our collective purpose was to bring attention to the critical importance of evidence-based policymaking and provide support for its expanded use at all levels of government. Or as Rebecca Rimel, president and CEO of Pew described it at the time, our organizations are collaborating “to help ensure that facts and data are the underpinning of sound decision-making.”

Achieving this goal requires rigorous research, the ability to make data understandable and accessible, and, most important, a commitment to serving the public interest. Today, Pew and The Economist Intelligence Unit, The Economist Group’s research arm, take the next step toward this vision of ensuring that policy decisions are based on sound data with the launch of the Evidence Map.

The Map is a free, online, interactive tool that focuses on five key policy areas or “domains” critical to the G-20 nations: aging and retirement, digital inclusion, disaster risk, financial inclusion, and youth unemployment. Within these domains, the Map analyzes the availability, accessibility, and core characteristics of expert-defined international, national, and subnational policy indicators—that is, data that can be used to understand trends and inform policy decisions. In conjunction with the online Map, the Evidence Initiative team produced a comprehensive report outlining the Map’s methodology and examining its key findings, which include:

In developing the Evidence Map, our objective is to offer policymakers and stakeholders more insight about the data available in G-20 countries. However, collecting data is not the same as harnessing data, a fact that has gained acceptance among policymakers and stakeholders in recent years. Data are strategic assets that can help policymakers and officials make decisions and manage programs more efficiently over time, but we must first start with understanding the data we have, and what we need, in order to develop responsive, effective, and innovative policy over time. 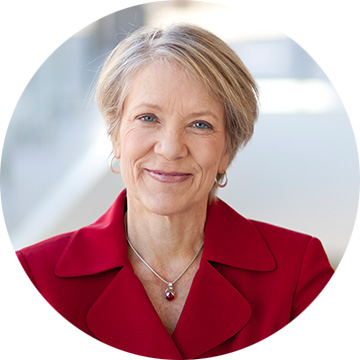 What do the number 70 and nonpartisanship have in common? For Pew, the combination is a special one, marking our 70th year of serving the public by using nonpartisan data to make a difference. To commemorate the anniversary, we invited Pew&rsquo;s president and CEO, Rebecca Rimel, into the studio to share her thoughts on the value of nonpartisanship and civil dialogue. Then we traveled to Indiana&mdash;the crossroads of America&mdash;to hear from two veteran lawmakers who represented the state for a combined 70 years: former Representative Lee Hamilton, a Democrat, and former Senator Richard Lugar, a Republican. They talk with host Dan LeDuc about what is needed to find middle ground today.

Every day, human services professionals in the public sector make complex policy decisions that aff ect citizens, such as how to improve service delivery, allocate budget dollars, and respond to crises. Increasingly, they use insights gleaned from massive amounts of data—originally collected by governments for reporting purposes—to make strategic decisions.

Policymakers face tough budget and policy choices that affect the outcomes they can deliver for citizens. By using rigorous evidence to inform these decisions, policymakers can achieve substantially better results by funding and operating public programs that are proven to work.