Among the many threats to ocean health is the sharp decline of large pelagic fish: species such as sharks, swordfishes, marlins, and tuna that roam the open sea and play vital roles as predators and as catch in the recreational and commercial fishing industries, which are multibillion-dollar industries in the U.S. alone.

To counter the declines in ocean health and species populations, international organizations, coastal communities, and governments are calling for the creation of marine protected areas (MPAs). In the past decade, there has been a fivefold increase in the percentage of ocean safeguarded within MPAs, and regional fisheries management organizations have begun to take a more holistic approach to implementing conservation and management measures.

To learn how the benefits of these spatial protection measures—which include temporary fisheries closures and MPAs—extend to large pelagic fish, we spoke to Kristina Boerder, Ph.D., a marine biologist at Dalhousie University in Nova Scotia and lead author on a paper, “Not All Who Wander Are Lost: Improving Spatial Protections for Large Pelagic Fishes,” that was published in July in the journal Marine Policy. This interview has been edited for clarity and length.

Q: What were you looking to find with this study? Were there any surprises?

A: Extensive research on small-scale, nearshore MPAs—mostly on nonmigratory species—has shown that these types of MPAs can increase biodiversity and biomass and often also benefit nearby fisheries by increasing fish abundance and larval supply.  Because of those significant benefits, coastal MPAs have become a common tool to conserve species.  Very little research has been conducted, however, on the efficacy of MPAs for highly mobile, large pelagic fishes. We set out to summarize the areas of fisheries closures set by regional fisheries management organizations (RFMOs) and marine protected areas declared by governments. This was done to better understand how highly migratory, large pelagic fishes interact with these spaces and how these species could benefit from these areas. We were very surprised to find that the total extent of MPAs worldwide is about the same as that of large fisheries closures, each protecting about 7 percent of global ocean area. What is even more surprising is that the effects of these large management interventions on migratory species are scarcely documented. We were able to find a small number of encouraging case studies, but more work needs to be done to understand the interaction between MPAs, fisheries closures, and the species they are trying to safeguard.

Q: What characteristics should an MPA have to be most effective in conserving large pelagic fishes? And are there examples, other than the Galapagos Marine Reserve, that have these components?

A: Our research showed that for highly migratory species, whose extensive ranges often cannot be protected entirely, it is important to place spatial protection strategically. This can include protecting areas these species are known to return to every year—for example, feeding and nursery areas—as well as known migratory pathways. This is where fisheries management and conservation strategies should be coordinated to complement each other.

In the areas we have already protected, enforcement plays a major role to disincentivize illegal fishing and regulate fishing effort and the use of fishing gears, to protect habitats and species.

MPAs that encompass entire habitats are particularly significant in their conservation value, as they might protect considerable ranges used by vulnerable marine species such as sharks, turtles, and seabirds. One of the largest MPAs in the world, the 1.5 million-square-kilometer (582,578 square-mile)

Papahānaumokuākea Marine National Monument in Hawaii, displays many of the characteristics that MPAs need to successfully protect species, and there are several others around the world.

Q: Many in the global conservation community are calling for protecting 30 percent of the ocean by 2030. How would that affect pelagic species populations?

A: An increase in protected ocean area certainly has the chance to benefit large pelagic fishes, but it is very important that the resulting protection, be it through MPAs or other management measures, is well designed, strategically placed, and, most importantly, enforced. In addition, increasing protection of biodiversity in areas beyond national jurisdiction—the high seas—is a crucial element going forward and is currently being discussed by the United Nations.

Q: Why are some large pelagic fish more likely to benefit from MPAs than others?

A: The more predictably fish behave, spatially and temporally, the more clearly we can determine where spatial protections can benefit them. Species that exhibit philopatry (habitually returning to the same space to spawn or give birth), such as Southern, Atlantic, and Pacific bluefin tuna, common thresher sharks, shortfin mako sharks, blue sharks, albacore tuna, and skipjack tuna, could benefit greatly from strict protections around their spawning areas. Other species such as bigeye tuna and yellowfin tuna spawn opportunistically, so creating spatial protection for these species is more complicated and must be supplemented by other management measures.  Additionally, species with well-defined migratory routes would benefit from the protection of those routes so that they could safely get to their spawning grounds. Overall, it is important that we better understand the pathways and behavior of migratory species and where they are most vulnerable to fisheries.

Q: Regarding MPAs and large pelagic fish, what are the key knowledge gaps?

A: We actually found more gaps than knowledge. The impacts of spatial protection on highly migratory fishes is under-studied, especially in the field. Some modeling studies exist, but their applicability is often limited, and while many RFMOs are working to better understand the effectiveness of their spatial closures, only a few analyses have been conducted so far. However, with the improvement of new tools and technology, such as satellite tracking of fishing boats and other observations from space, as well as increasing collaboration between conservation scientists and fisheries managers around the world, this will hopefully change very soon.

Q: What are the next steps in your research?

A: We have started work to better understand how fisheries interact with marine protected areas and how this might support better-managed fish stocks and fisheries. We’re also looking into the creation of tools to facilitate the use and exchange of data required for marine spatial planning, from coastal areas to the open ocean.

Angelo O’Connor Villagomez is a senior officer and Emily Stokes is an associate with the Pew Bertarelli Ocean Legacy Project. 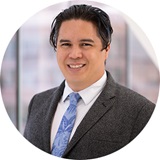