Stat: 18. At least 18 British colonies existed in mainland North America during the American Revolution—but, as we know, only 13 signed the Declaration of Independence.

In honor of the Fourth of July, join “After the Fact” on an audio tour of key historic places in the city known as the Birthplace of America—Philadelphia. Temple University history professor Jessica Roney shares insights about America’s Founding Fathers and illuminates the lesser-known history behind the formation of the United States.

‘After the Fact’ Podcase Episode: Our Flag Is Still There: A Visit to the Star-Spangled Banner

Reinventing Philadelphia for the Future 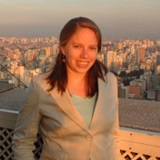