As the U.S. shifts from winter to spring, many people might find themselves swapping snow shovels for sand bags. Over the past 10 years, more major floods have occurred in spring than in any other season, the majority of them striking inland states.

These findings stress two points: Where it rains it can flood, and every state should be prepared for flooding—not just in spring and summer but year-round. Fall and winter brought an average of seven to eight flood-related disasters annually over the past decade. Flooding affects communities in a host of ways, from loss of life and severe structural damage to school closures, delayed work commutes, and blocked access for emergency responders.

Policymakers can help Americans increase their resilience before the next storm by enacting laws and writing regulations that ensure that stronger flood-ready safeguards are included in efforts to update the nation’s aging and failing infrastructure. Here are four ways government officials can better ensure that communities are prepared for floods:

Flooding, regardless of when it strikes, can devastate communities. By embracing and establishing innovative policies and programs, Congress and the administration can help stem destruction, steward taxpayer dollars, and protect Americans in the face of increasing disasters. 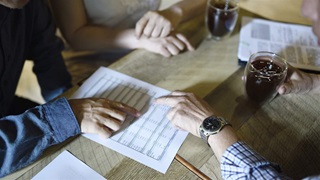