In the year since Hurricane Harvey battered Texas and other Gulf Coast states, leaving 89 people dead and causing more than $125 billion in damage, many communities in the region have made strides to both recover from Harvey’s unprecedented flooding and prepare for the next storm. Unfortunately, much-needed action hasn’t occurred at the federal level: When it comes to pre-disaster flood policy, Congress has failed to take comprehensive steps to help all Americans reduce their risks from rising waters, despite viable, cost-effective proposals for doing so.

Although Congress has provided significant funding to reduce risk in areas affected by last year’s hurricanes, these reactive, one-time efforts fall short and leave localities without the resources they need to shift from the status quo to cost-effective mitigation before disaster strikes again.

Here are three critical opportunities lawmakers missed in the past year to better protect communities, infrastructure, and critical assets from flooding:

The History: The 50-year-old NFIP is running on fumes, with more than $20 billion in debt and policies that incentivize continued construction in flood-prone areas. The program’s authorization was scheduled to expire a year ago—which presented a prime chance for Congress to reform the NFIP—but instead lawmakers have passed seven short-term extensions to keep the program from lapsing. The most recent extension is set to expire Nov. 30.

The Need: Although 22,000 communities depend on this program for flood insurance, many at-risk properties remain uninsured. According to FEMA, approximately 80 percent of households affected by Hurricane Harvey did not have flood insurance. Congress should require that owners disclose flood risk whenever they sell or rent a property to help buyers and renters make informed decisions based on that risk. Repeatedly flooded properties represent just 1 percent of NFIP policyholders, but historically account for 25 to 30 percent of the program’s claims. Congress could address this imbalance by making communities submit plans that would reduce these properties.

The Missed Opportunity: Multiple reform bills have been introduced in Congress; legislation that would significantly improve the NFIP passed the House of Representatives. But despite the devastation from last year’s hurricane season, the full Congress has yet to enact meaningful reform. This needlessly leaves homes—and people—in harm’s way and misses the opportunity to rein in the cost of the program.

Adopting a flood standard for federally funded buildings and infrastructure

The History: From Florida to Alaska and Maine to California, America’s transportation, energy, and water systems are increasingly vulnerable to natural disasters and in poor condition overall: Last year, the American Society of Civil Engineers gave the country’s infrastructure a grade of D+. In Texas, Harvey pushed infrastructure beyond its limits in many cases, resulting in more than $414 million obligated in federal public assistance to support over 870 repair projects.

The Need: As of 2016, at least 18,000 federally owned buildings and facilities were located within the 100-year floodplain. Many of these assets were constructed decades ago to codes that are now insufficient to protect the properties from flood damage. In a poll released Feb. 1 by Pew, nearly 9 out of 10 respondents supported a requirement that federally financed infrastructure in flood-prone areas be built to better withstand the impacts of flooding. Similarly, more than 250 state and local officials, representing all 50 states and over 45 million Americans, signed a statement of principles calling on the federal government to make the country’s infrastructure more flood-ready. Lawmakers should pass policies mandating that federally funded projects achieve this—for example by reducing unsustainable development and elevating buildings above flood levels.

The Missed Opportunity: Most federal projects, funded by taxpayers, are built using a 40-year-old flood policy. More agencies need measures similar to the recently signed National Defense Authorization Act, which requires that the Department of Defense account for flood risk in new construction.

The History: Recent research demonstrates that every dollar spent on disaster mitigation saves $6 on average in benefits. Yet of money the federal government spends on disaster assistance, very little goes to preparation before disasters strike. From 2000 to 2015, the Federal Emergency Management Agency gave Texas $1.3 billion for post-disaster mitigation, but only $224 million for pre-disaster efforts.

The Need: States need a stable source of funding to mitigate flood risk before waters rise, and a state revolving loan fund program would provide just that. FEMA and states would contribute money to set up loan funds, creating a cost-sharing partnership. States would then administer the funds through low-interest loans tailored to local needs, providing a long-term, self-sustaining source of financing for a wide range of mitigation projects. The model for this proposal, the Clean Water State Revolving Fund, has leveraged $42 billion in federal investments and $7.8 billion in state contributions to support $126 billion in high-priority water quality projects.

The Missed Opportunity: Last year, Senators Jack Reed (D-RI), John Kennedy (R-LA), and Bob Menendez (D-NJ) cosponsored legislation that would establish a state revolving loan fund. But despite support from both parties and organizations across the country, the bill has yet to advance in Congress.

Until Congress reforms outdated federal programs and policies, taxpayers will continue to foot the bill for flood recovery and subsidize unwise development in high-risk areas. With extreme weather becoming more dangerous and frequent, the need for Congress to take forward-thinking actions to address flood risk, for example by establishing a revolving loan fund, modernizing the NFIP, and strengthening federal safeguards, is increasingly urgent. 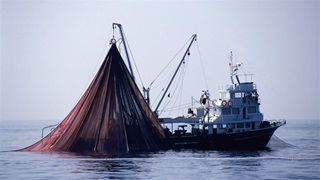