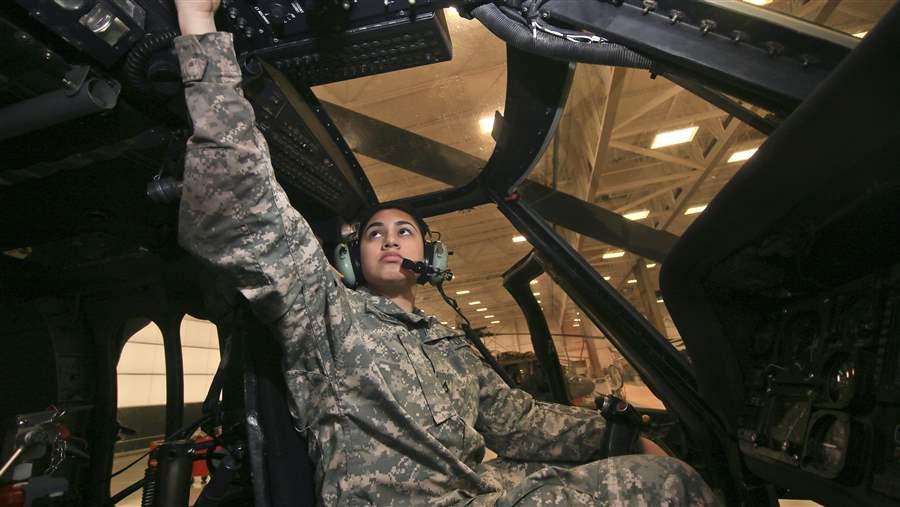 These data have been updated. For the latest research on this topic, please see Levels and Types of Federal Defense Spending Differ Across States.

The U.S. government spends defense dollars in every state through purchases of military equipment, wages for service members and civilians, pension payments, health care services, and grants to states. But the size and mix of those investments varies substantially across the states, so changes in defense spending will affect them differently, and the impacts will depend on which programs and operations are increased or cut. This analysis of defense spending in the states takes a comprehensive look beyond contracts and salaries to include retirement payments, nonretirement benefits, and grants. 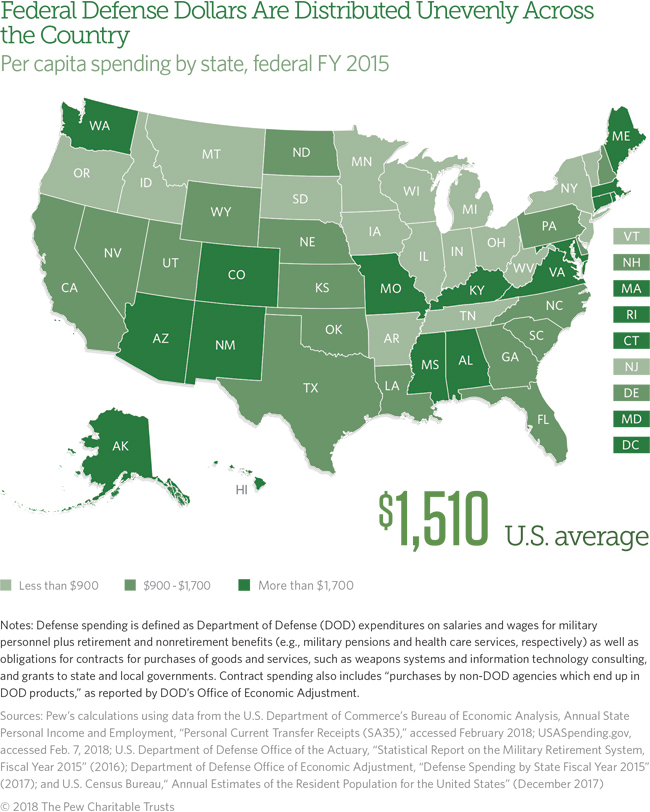 Notes: Defense spending is defined as Department of Defense (DOD) expenditures on salaries and wages for military personnel as well as retirement and nonretirement benefits (e.g., military pensions and healthcare services, respectively) and obligations for contracts for purchases of goods and services, such as weapons systems and information technology consulting, and grants to state and local governments. Contracts spending also includes “purchases by non-DOD agencies which end up in DOD products,” as reported by DOD’s Office of Economic Adjustment.

Anne Stauffer is a project director, Justin Theal is a senior associate, and Laura Pontari is an associate with ­­­The Pew Charitable Trusts’ fiscal federalism initiative.