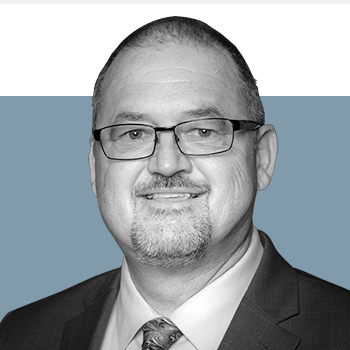 Former Georgia state Rep. Jay Neal (R), a pastor in the city of Chickamauga, was a driving force behind his state’s comprehensive sentencing and corrections reforms and remains a leading voice on criminal justice reform in the state. After adoption of the initial reforms in 2012, Governor Nathan Deal (R) appointed Neal first to head a new Office of Transition, Support, and Reentry and then as executive director of the Criminal Justice Coordinating Council.

Can you describe your previous position on prison and criminal justice?

A: I have to begin with my position on addiction, because that’s what led me to criminal justice reform. I was raised in a rural area within a conservative family, and I don’t remember ever seeing anyone dealing with addiction or even drinking beer or smoking cigarettes. So when I was called into the ministry and became a pastor, I would see addicts and all the hurt they inflicted on their families, and I didn’t have much patience for it. I thought these addicts and alcoholics were selfish people who didn’t care about the pain they caused their loved ones—or their cost to society. And I had a punitive mindset. I believed that punishment was the way to change their direction and get them to focus on something other than what was most important to them: their drug of choice.

That mindset carried over when I ran for state representative. I campaigned on safer communities, which to me at that time meant, “We’re going to be tough on crime and do everything we can to protect our families from those among us who break our laws.”

How did you arrive at that position?

​A: I can’t point to any single experience. I was raised to do the right thing. I was raised with an overall belief that it’s a parent’s job to punish children who aren’t making the right choices, and that influenced how I viewed criminal justice. I didn’t have an understanding of what drove the behavior of addicts, why a man would choose a life of drugs and crime and not take care of his family. So I believed that if these individuals weren’t making good choices on their own, then they should wind up in the criminal justice system—and that would teach them a lesson.

What were your early views on the impact of prison on crime?

A: I felt it was important that we were tough on crime, and that we should send people to prison if they were breaking the law. I felt that if they came back out and hadn’t “gotten it,” then we just hadn’t sent them away for long enough.

And how would you describe your position on criminal justice today?

A: The data are clear. There are people who are involved in heinous crimes, and they need to go to prison for a long, long time—if not the rest of their lives. But there are also a lot of individuals, especially those who are drug-involved, who get caught up in criminal behavior and need a different approach. They should be held accountable for their actions but also have an opportunity to receive treatment and support to address those risks and needs that led them into criminal activity. If we use an evidence-based system, with a proper assessment highlighting each individual’s unique risks and needs, then we can ensure we’re providing a correctional approach suitable for that individual.

The reality is that most parents adjust their approach to discipline based on the individual child and figure out that what works best for one child may not work best for another. It’s the same with the criminal justice system. And fortunately, we now have the tools to help us understand risk and understand who responds to which method.

These assessments are critical components of a criminal justice system that meets the needs of the community. And if we commit to looking at each invidividual’s situation, we will get far better results and have safer neighborhoods without breaking the bank and destroying the families of people whose crimes are driven by addiction.

What caused you to change your mind?

A: During my first year in the legislature, I served on the board of a recovery program, and the men in that program started attending the church that I pastored. And what I saw from those men was 180 degrees different from everything I had thought about addicts and alcoholics. I saw big men who were broken, who were crying over losing their jobs and  continually failing their children and their spouses. Every one of them wanted to do better, but they struggled to get free of their addiction.

And then in 2005, the Georgia Council on Substance Abuse invited me to a conference that opened my eyes to the reality of addiction. I learned about the chemical changes that take place in the brain and began to be an advocate at the state Capitol for recovery. In 2010, I attended a Pew-sponsored sentencing and corrections reform conference, and that’s when my interest in recovery expanded into criminal justice. I began to see that our country—and Georgia was one of the worst states—was trying to punish away addict behavior through the criminal justice system. We were treating nonviolent, drug-addicted people who were involved in addiction-driven crimes the same as any other criminal. I saw that this approach was not working and was not ever going to work, and after that I became an advocate for criminal justice reform.

How has your conversion on criminal justice influenced your career?

A: Fortunately, Gov. Deal was elected in 2010 and began to lead Georgia down the path of criminal justice reform. The timing was perfect for me because, just as I began to understand the importance of this evidence-based approach, he began pushing it. In 2013, the governor asked me to join the executive branch and work on re-entry, so I resigned from the legislature to lead the Governor’s Office of Transition, Support, and Reentry.

Since Gov. Deal’s election, the whole conversation has changed in Georgia. Because of the way he has led on this issue—the way he has spoken from the heart about it, embraced both parties from the beginning, and made it an issue based on the right and moral thing to do—Georgia went from being one of those states where you have to be tough on crime to get elected, to one where you have to be smart on crime to get elected.

Did you encounter any unexpected reactions to your change in views?

A: After I came home from that conference in 2010, I reached out to the chief judge in my circuit and told him and another judge over lunch that I wanted to get involved in criminal justice reform. And my chief judge leaned over the table and said, “I wouldn’t do that if I were you.” I asked him why not and he said, “That’s politically risky.”

I guess if there’s a defining point for me, that might have been it. And I remember telling the judge,

“Your Honor, I’m in a safe Republican district. And if I don’t make waves and don’t take on any serious issues, I could probably serve in this office for a long, long time. And if I do that and don’t leave Georgia a better place, I’ve not really accomplished much. But if I help in this effort, and we make Georgia a better place, and somebody down the road throws a lot of money at me and wins a campaign and it shortens my political career, I will be able to say I made a difference. And that’s more important to me than a long career.”

And I left that lunch truly resolved to do everything I could to help move this needle in what I knew, at that point, was the right direction, regardless of the political consequences.

A: Criminal justice reform has been very, very rewarding—one of the most rewarding things I’ve ever been a part of. The governor has put together a team here in Georgia that has moved us from being one of the states with the biggest challenges around corrections to a state that is probably the most talked about nationally in terms of the progress we’ve made. It’s proof that if you make wise policy decisions based on good data and you tell that story, people will get behind it, even if it has not historically been the popular thing to do politically.

And the further we go, the more convinced I am that we’re headed in the right direction.

Public Safety Is ‘the End Result We’re Trying to Achieve’

A U.S. senator and former assistant U.S. attorney discusses crime and punishment, and how his views on both have changed