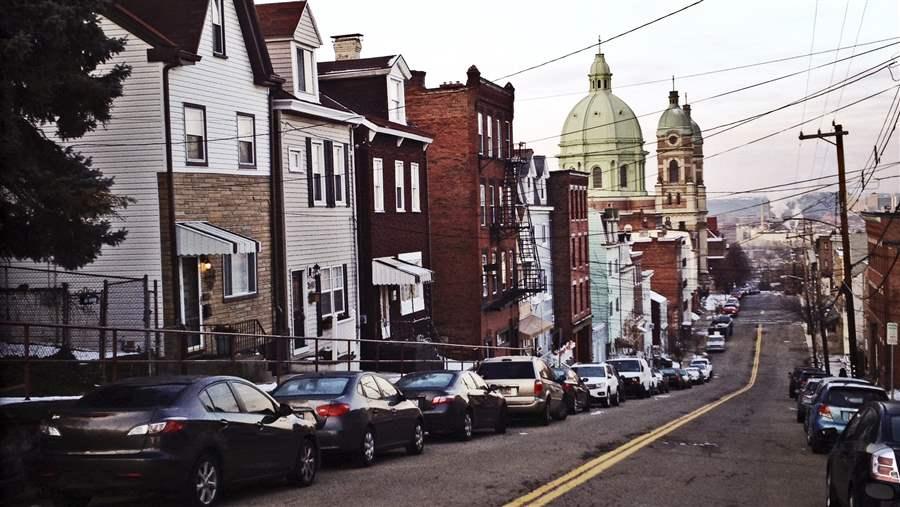 Pittsburgh has emerged significantly stronger after 14 years of state supervision, and the city’s experience offers lessons for financially struggling local governments and state officials who choose to help stabilize them.

This article is the first of a three-part series on the fiscal health of the city of Pittsburgh.

On Feb. 12, Pennsylvania Governor Tom Wolf (D) terminated Pittsburgh’s status as a financially distressed city under the direction of a state-appointed coordinator and a five-member oversight board. Gov. Wolf said Mayor William Peduto (D) and the nine-member City Council had made strides in improving the city’s finances.

“This turnaround wasn’t easy,” the governor said in a statement. “It took a lot of hard work, a lot of collaboration, and, yes, some constructive arguments about where the city was headed. But in the face of it all, Pittsburgh stood united—desperately working to improve its stability and its financial health.”

This series of analyses by The Pew Charitable Trusts looks at how Pittsburgh ended up in such deep financial distress, how the state and the city worked together to change that, and what other factors contributed to the generally positive outcome.

As Pennsylvania’s second-largest city, Pittsburgh had a higher profile than any of the 17 local governments currently in the 31-year-old state program to help cities, townships, and boroughs with precarious finances. Philadelphia, the state’s largest city, has been run by a financial control board since 1992 under a separate but related state program.

This year, Michigan, which has a program similar to the one used to assist Pittsburgh, could end oversight of Detroit’s finances by a state-appointed commission that was created as a condition of the city exiting Chapter 9 bankruptcy in 2014. State and city elected officials and civic and business leaders worked with an emergency manager named by the governor to rescue Detroit, which had filed the largest municipal bankruptcy in U.S. history in 2013.

Several other states, including Connecticut, Massachusetts, New Jersey, New York, North Carolina, and Rhode Island, have adopted their own intervention procedures for local governments—with mixed results. Policymakers in other states have explored ways to approach these situations, especially after the Great Recession of 2007-09 exposed unhealthy financial practices in many municipalities.

In Pittsburgh’s case, the state government provided technical assistance and taxing authority that have enabled the city to deliver essential services, keep and attract businesses, and secure access to financial markets to maintain and build infrastructure. Though it took Pittsburgh 14 years—which included several setbacks—to end the state intervention, the city’s inclusion in January on Amazon’s short list of 20 metropolitan areas competing for the e-commerce company’s second headquarters appears to validate its financial and economic turnaround.

State intervention was “absolutely necessary,” Mayor Peduto, who has served in that post since the start of 2014, said in an interview. “Our financial standing has not been this strong in over 20 years.”

Re-elected in 2017, he played a critical role in remaking Pittsburgh’s financial management. As a council member in 2003, he was the first to urge city leaders to ask the state to be placed under the program, known as Act 47 after the bill number for the legislation approved in 1987.

Then-Mayor Thomas J. Murphy Jr. (D) and the council were divided over state supervision in part because of opposition from city labor unions, whose leaders were worried about deeper layoffs as well as pay and benefit cuts. Council members also were concerned that the financially distressed status would tarnish the city’s image just as it was trying to reinvent itself as a center of health care, higher education, government, and technology.

By the start of 2004, the city had $846 million outstanding in general and pension obligation bonds. Its $86 million annual debt service requirement was nearly a quarter of the $400 million budget. Pittsburgh’s credit had deteriorated to junk bond status, rare among cities its size.

Pennsylvania agrees to step in

Cutting 731 full- and part-time jobs—17 percent of the city workforce—and closing city pools and recreation centers in 2003 could not reverse the financial decline; Pittsburgh asked the state to intervene that November. The next month, state officials accepted the request.

“We tried everything except taking it head on,” Mayor Peduto said. “Only because we addressed it through Act 47 could we realize the strong financial outlook we are in today.”

Acknowledging Pittsburgh’s distressed status, the state Department of Community and Economic Development, which administers Act 47, appointed a team of outside consultants to come up with a multiyear recovery plan. The City Council approved the initial plan by a 5-4 vote in June 2004. The state also appointed a five-member oversight board called the Intergovernmental Cooperation Authority.

Pennsylvania allowed the mayor and council to run the government while coordinating with the consultants and oversight board to create the recovery plan. That was different from the approach in Michigan, under which the state appoints an emergency manager, and in Rhode Island, where the state names a receiver to manage day-to-day operations.

“Pennsylvania’s philosophy and history of oversight is collaborative, cooperative, and incremental—not command and control,” Gordon Mann, a director of Public Financial Management, the Philadelphia-based consulting firm that advised Pittsburgh, said in an interview.

Since 1987, the state has determined that 31 local governments should be treated as distressed under Act 47; 14 no longer have that designation. Pittsburgh’s management remained under the program for 14 years. Over time, 10 governments have operated under Act 47 for longer periods. Lawmakers, concerned about the length of the process for Pittsburgh and others, changed the structure in 2014 to shorten the time it takes for a government to exit state intervention.

To stem potential problems early, the Legislature formally established an early intervention program that was already in existence to more routinely offer troubled governments technical assistance and matching grants to avert financial crises. If those steps did not work and a government entered Act 47, it would have five years from the adoption of its most recent recovery plan to exit state oversight. These governments still could qualify for a one-time, three-year extension of Act 47 protections. The first local governments to reach the five-year limit under the revised program will do so this year.