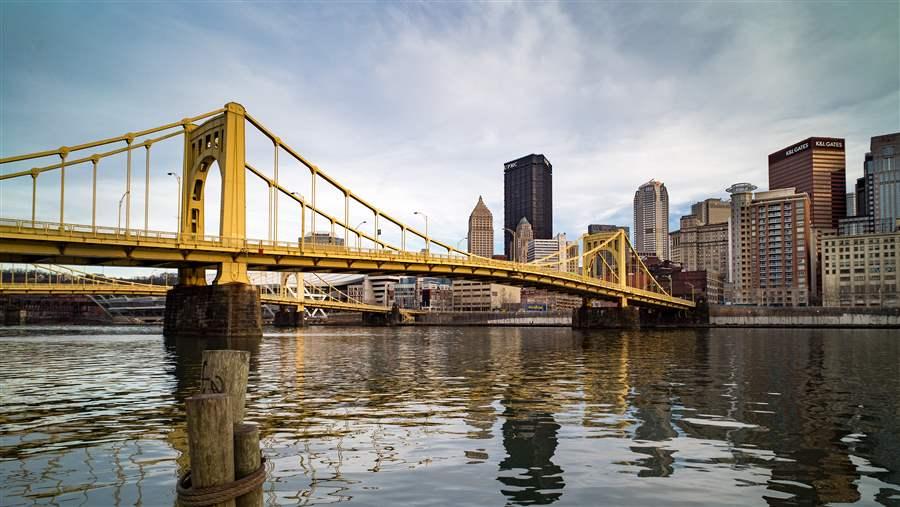 This article is the third of a three-part series on the fiscal health of the city of Pittsburgh.

During Pittsburgh’s years under state supervision, officials adopted a series of practices intended to ensure that the city does not slip back into financial distress in what turned out to be a successful strategy to end state control.

State officials who oversee the program through which Pennsylvania’s most distressed local governments receive technical and financial support had long been concerned about Pittsburgh’s excessive borrowing, unfunded public pension liabilities, and lack of capital investment. The state’s second-largest city had remained in the program, called Act 47, for 14 years until Governor Tom Wolf (D) announced Feb. 12 that Pittsburgh had made sufficient progress. Gov. Wolf declared that the city was no longer distressed and could manage its finances on its own.

The practices and policies the city adopted over its 14 years under Act 47 provide a guide for similarly troubled local governments in Pennsylvania and elsewhere seeking long-term sustainability. Seventeen cities, boroughs, and townships are in the Act 47 program. Pittsburgh failed in its first two bids to exit supervision because of its high legacy costs, but the city succeeded in its third attempt.

In recent years, city leaders built on the progress they had made since 2004 and put Pittsburgh in a better position to regain control of its own finances. Between 2013 and 2017, leaders increased contributions to city pensions and the capital budget. They ended each budget year with a general fund cash balance as high as 17.7 percent of expenditures—analysts often recommend at least 16.7 percent—and were able to reduce the city’s long-term debt.

The City Council addressed concerns about borrowing costs by approving a debt management policy that capped debt service—the cost of repaying interest and principal—at 17 percent of general fund expenditures. That policy calls for reducing the limit to 12 percent by 2019. Pittsburgh developed a capital improvement program that covered six years and synced infrastructure priorities with available funding for the first time.

By November 2017, city officials and their team of outside consultants believed they had made a persuasive argument to exit oversight. Mayor William Peduto (D) and the council strengthened their case in December by approving amendments to the city code that institutionalized financial management practices that had helped the city under Act 47. The amendments supplemented requirements and recommendations made by Public Financial Management and Eckert Seamans, the consultants the state put in charge of supervising Pittsburgh’s financial recovery plan.

The changes in practices, which evolved over several years, helped the city:

Having these practices in place is no guarantee a local or state government will be strong enough to withstand events out of its control. For example, shifts in the global economy played a big part in Pittsburgh’s decline as a steel-producing center. City leaders have taken advantage of external experts and opinions to help ensure that they understand those broader economic forces.

“You need to bring in outside views of the economy and city finances … so that the people in the room who are thinking about your ability to pay for things are not just the people who have been here for years,” said Gordon Mann, director of Public Financial Management, a Philadelphia-based consulting firm that advised Pittsburgh.

Preparing for economic downturns can make it easier to ride them out, especially if the state government is willing to assist.

“I don’t know how a municipality would deal with this [distress] without some help from the state,” said Richard Vilello, a deputy secretary in the state Department of Community and Economic Development.

Though steadier today, Pittsburgh’s government is not without financial challenges that will require tough choices. Mayor Peduto is counting on the state Legislature to enact municipal pension reforms to avoid higher contributions from city and state taxpayers. Like many older cities, Pittsburgh also must find the money to repair and upgrade its aging roads, bridges, stairways, storm sewers, and water service lines made of lead.

“Act 47 was the tool we needed to bring our financial house in order and pave the way for Pittsburgh’s economic resurgence,” Mayor Peduto said. “Now our challenge is to continue building upon the fiscal discipline it taught us.”