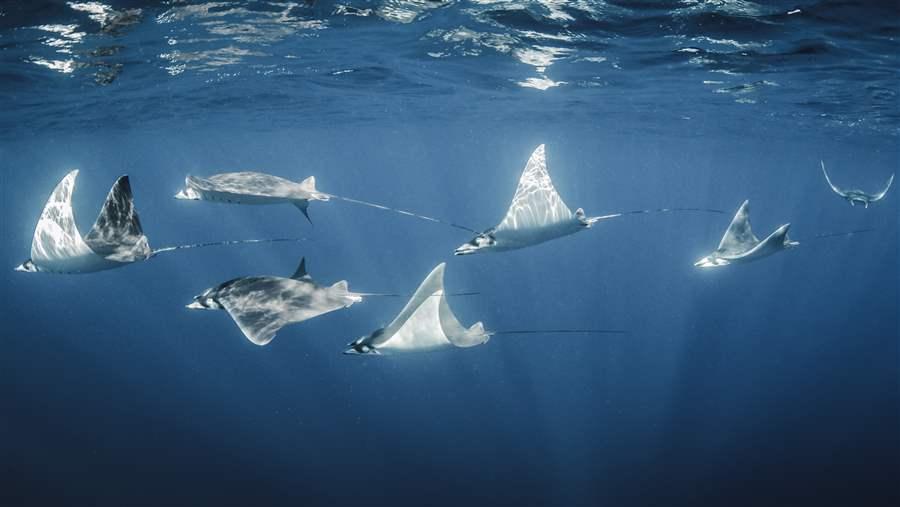 Nine species of mobula rays gained CITES protections in 2016, allowing international trade of their gill plates only if proved to be legally and sustainably caught.

Despite progress in conservation efforts in recent years, many shark populations around the world have not recovered from heavy fishing and still face significant threats. Sri Lanka is among the many countries trying to address those threats, and the government advanced those efforts further March 5-6 by hosting a workshop to help the region’s customs, fisheries, and environmental officers enforce international trade regulations on certain species of sharks and rays.

Representatives from seven South Asian countries attended the workshop, where they were able to share and learn best practices while developing the skills to successfully implement shark and ray trade regulations. Next year, Sri Lanka is to host the Conference of the Parties of the Convention on International Trade in Endangered Species of Wild Fauna and Flora (CITES).

As part of the workshop, participants learned to identify fins and gill plates from the 20 commercially traded shark and ray species that are listed in Appendix II of CITES: oceanic whitetip sharks; porbeagle sharks; silky sharks; scalloped, smooth, and great hammerhead sharks; bigeye, common, and pelagic thresher sharks; and all manta and mobula rays. An Appendix II listing means international trade must be sustainable and legal, and not detrimental to populations in the wild. The workshop was hosted by the Sri Lankan government in collaboration with Blue Resources Trust and The Pew Charitable Trusts, and funded by the Shark Conservation Fund (formerly the Global Partnership for Sharks and Rays).

Officials from seven countries gathered March 5-6 in Sri Lanka for a workshop on implementing CITES protections for sharks and rays.

To help countries implement the listings, which CITES adopted in 2013 and 2016, workshop organizers distributed quick-reference posters featuring visual tips and steps for identifying fins of commercially traded species. The posters are based on the guide “Identifying Shark Fins: Implementing and Enforcing CITES,” published by Pew and Florida International University’s Tropical Conservation Institute. 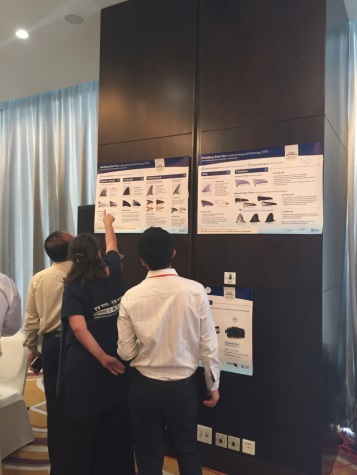 Attendees at a workshop in Sri Lanka discuss quick-reference posters, which are designed to help determine if fins are from CITES-listed shark species.

A day after the regional workshop, Sri Lanka underscored its national commitment to proper enforcement of CITES shark and ray listings by holding an additional training session open only to officials from its Ministry of Fisheries and Aquatic Resources Development and the National Aquatic Resources Research and Development Agency. The extra session allowed attendees to focus solely on shark species identification.

Since October 2016, officials from more than 50 countries have been trained with the guide and are using that training to develop tools to successfully implement the CITES listings.

Hosting the workshop is the latest example of Sri Lanka’s leadership on shark conservation. Last October, the government co-sponsored a proposal to include blue sharks on the Convention on the Conservation of Migratory Species of Wild Animals Appendix II. And in 2016, Sri Lanka, the Maldives, and Bangladesh co-sponsored proposals—which were later adopted—to list thresher sharks, silky sharks, and mobula rays on CITES Appendix II. South Asia’s continued leadership will have a much needed positive impact on shark and ray species, whose declining populations have not yet recovered. 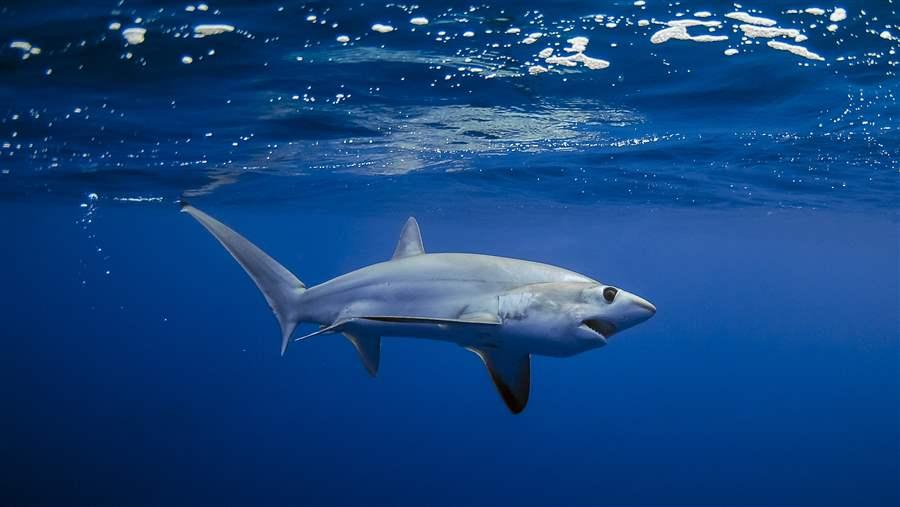 Bigeye thresher sharks were among the species that Sri Lanka, the Maldives, and Bangladesh co-sponsored for a CITES Appendix II listing.