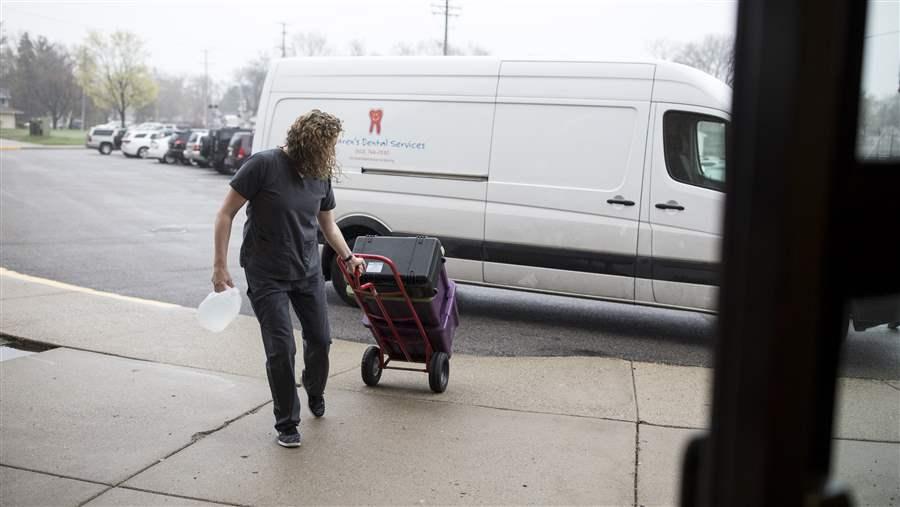 Dental therapists are able to perform dental treatments in offices or mobile clinics across Minnesota, helping to boost access to care for people living in the state’s rural counties.

A recently released study from Minnesota shows that a dental therapist can be a cost-efficient member of a rural dental clinic’s team, with average daily billings only slightly lower than those of clinic dentists. The findings suggest that expanded use of these therapists can improve access to oral health care—as envisioned by state legislation adopted in 2009—while keeping costs down.

The study, which examines the use of an advanced dental therapist in a rural clinic, found that over three years, her average daily billing—a critical measure of use and value—was 94 percent of the average for the clinic dentists. The therapist’s significantly lower hourly wage, up to 50 percent less than for a dentist in rural Minnesota, according to the state Health Department, then resulted in lower overall costs for the clinic team.

The case study, conducted by Apple Tree Dental, a Minnesota-based nonprofit, and sponsored by The Pew Charitable Trusts, examined the mix of procedures and the billing of the advanced dental therapist from 2014 through 2016 to evaluate her impact in the rural practice. Research shows that rural Americans often suffer from higher rates of poverty and tooth decay than the population as a whole and typically must travel longer distances to reach dental providers. Those factors make effective delivery of care critically important.

Jodi Hager had been a part of Apple Tree Dental’s care team since 2004, initially as a dental hygienist and since 2011 as a dental therapist. In 2013, she was licensed as an advanced dental therapist. She provides care at the Madelia Center for Dental Health, which is housed in a community hospital that serves patients from Minnesota’s south-central rural counties.

Dental therapists, akin to nurse practitioners on a medical team, are trained to deliver preventive and routine restorative care, such as placing fillings and performing simple tooth extractions. Their training to provide a limited set of common restorative procedures mirrors the training for dentists. Advanced dental therapists are typically dually licensed in therapy, including restorative procedures, and dental hygiene. The therapists work under the supervision of a dentist and have been able to practice in Minnesota since 2011.

Among the findings of the case study:

According to federal statistics, 63 million Americans live in places that the federal government has designated as dentist shortage areas. More than half of this population resides in rural communities. Minnesota policymakers focused on this gap in access in 2009 when they moved to become the first state to authorize dental therapists to practice statewide.

The results of the study are particular to one practice, and the authors note the need for longer-term examinations involving larger numbers of therapists. Still, “Our findings strongly suggest that other rural dental practices could benefit from adding dental therapists to their dental care teams.”