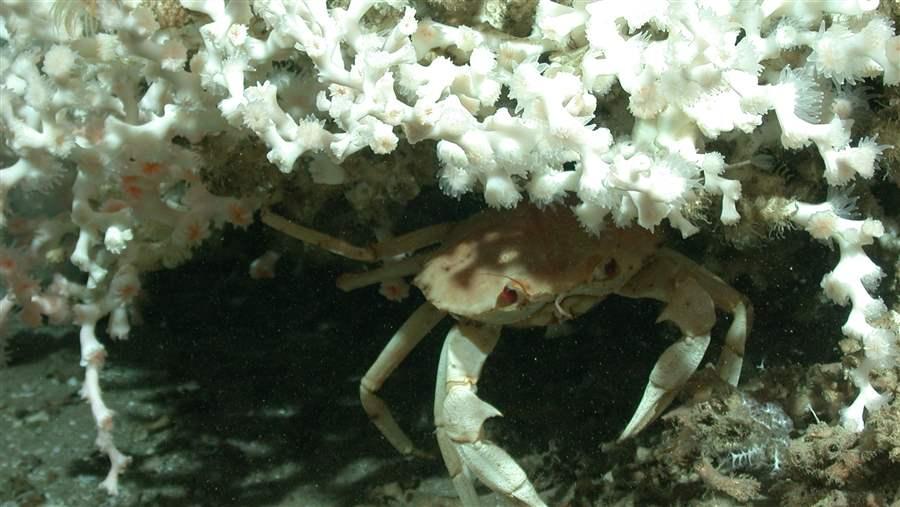 A golden crab finds shelter under Lophelia coral in the eastern Gulf of Mexico.

Deep-water corals, which grow in the cold, dark depths of all the world’s seas, can live hundreds or even thousands of years. This is the first post in our Corals Up Close series. We urge readers to submit comments to the Gulf of Mexico Fishery Management Council in favor of  protecting these ancient animals.

Stony corals are the underwater reef builders of the world, but don’t wait around to watch them work.

It can take thousands of years for the corals to grow into massive reefs, which may weigh up to several tons. And it all starts with a larva no bigger than a grain of sand.

The larva settles on a hard surface, turns into a polyp, and secretes calcium carbonate to form a skeleton. Each polyp can reproduce on its own in numerous ways: budding, in which the polyp produces a genetically identical polyp (this is how the coral colony grows); fragmenting, in which a cluster of polyps breaks off and forms another colony; or spawning, where released eggs or sperm are fertilized by another colony. The spawned larvae are genetically different from their parents, can swim to colonize new habitat, and help maintain reef genetic diversity and resiliency. 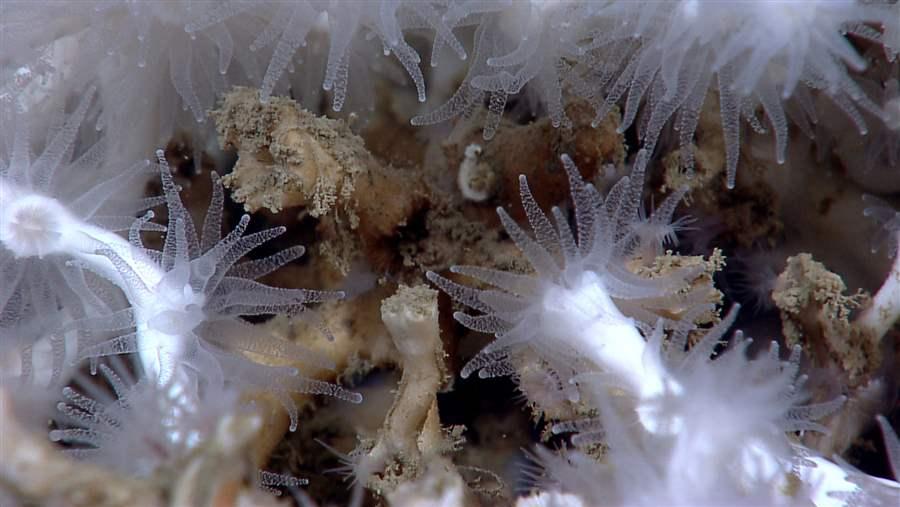 Live branches of Lophelia pertusa (in white) growing over dead branches (in brown).

Stony coral is the only deep-sea coral that forms reefs. The most famous type of reef-building stony coral is Lophelia pertusa, which forms mounds that can grow to more than 100 feet high over tens of thousands of years.

When stony corals get hungry, they thrust out tentacles laced with poison to stun prey and then snatch it into their mouths. Over time, the ever-expanding yet fragile reefs play host to hundreds of marine species, including fish, crabs, starfish, squat lobsters, and sharks. 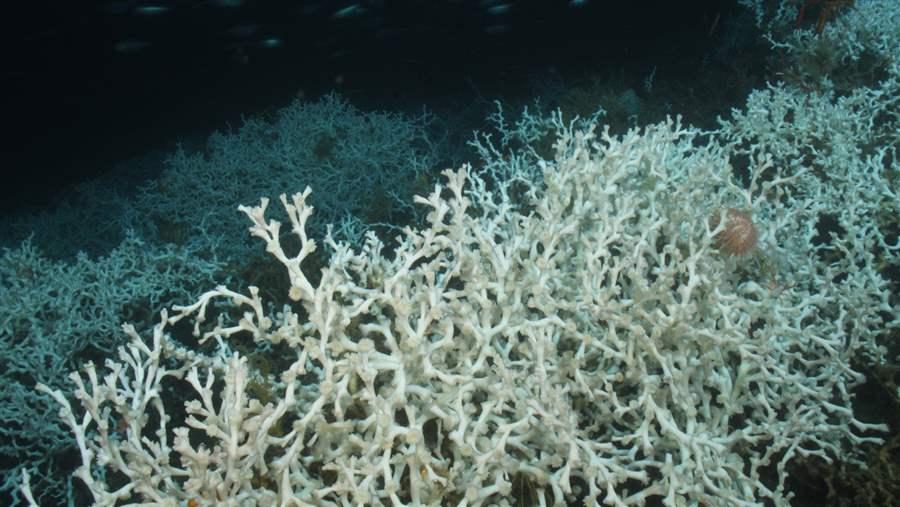 Large swales of Lophelia pertusa coral rest about 1,500 feet underwater in the Gulf of Mexico on Robert’s Reef in the Viosca Knolls region offshore Louisiana.

These ancient corals in the Gulf of Mexico face modern threats, mainly from fishing gear such as trawls, traps, longlines, and anchors, but also from energy development and changing ocean conditions. Gulf fishery managers are considering a proposal to safeguard coral hotspots by restricting the use of such gear in up to 23 sites that scientists have deemed high priority for protection.