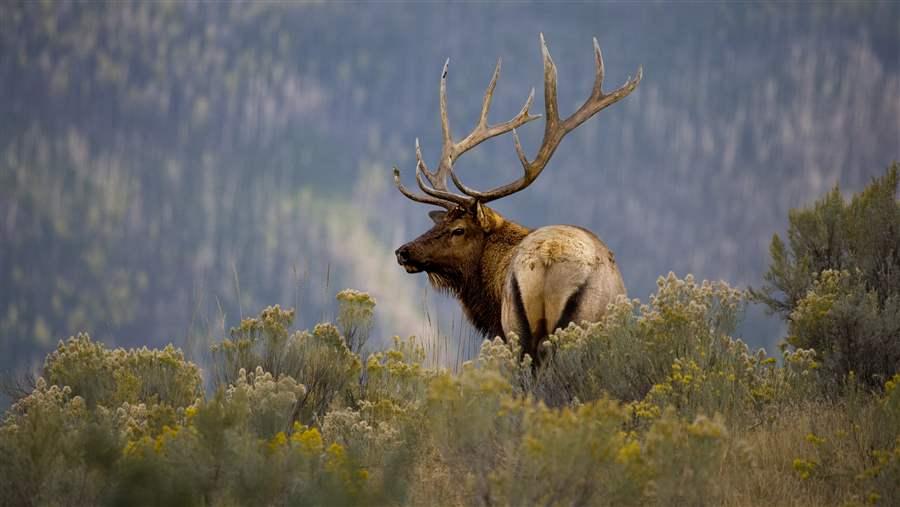 To survive, wildlife needs the freedom to move, including traveling between summer and winter habitats. This is critical for many species across the Western United States, where a growing human population is increasingly obstructing migration corridors, stranding animals in the wrong place at the wrong time.  Highways, energy and housing developments, and even poorly designed fences are altering or blocking the routes of deer, pronghorn, caribou, elk, and other wildlife throughout the West.

Scientists, with the aid of new technologies, are just beginning to fully understand wildlife migrations. Using GPS-enabled collars that give real-time information on animals’ locations, experts are discovering the extent of wildlife corridors and their importance in maintaining healthy herds of elk and other species.  For instance, only in the past five years did scientists learn that mule deer in Wyoming travel more than 300 miles round trip every year, from the low-elevation winter range of the Red Desert to the mountain slopes of the Hoback Basin—one of the longest known terrestrial migrations in North America, and one that now forces the animals to cross multiple highways and more than 100 fences.

Now federal policy is catching up with the science.  On Feb. 9, Interior Secretary Ryan Zinke took a positive step in advancing science-informed policy by signing an order that directs bureaus within his agency to work with officials in 11 Western states to conserve migration routes and crucial winter habitat for big game. The order, “Improving Habitat Quality in Western Big-Game Winter Range and Migration Corridors,” sets forth a number of steps to improve coordination across state and jurisdictional lines, ensure that migration science is considered in federal land use plans, and facilitate communication between state and federal agencies.

The directive can go a long way toward protecting wildlife migration patterns and conserving winter foraging areas across Western states. However, the policy will be effective only if it is fully implemented. To that end, federal and state officials must determine whether—and how—to allow oil and gas development in crucial areas, and whether the order extends to other species, such as bighorn sheep or moose, that also migrate across public lands. 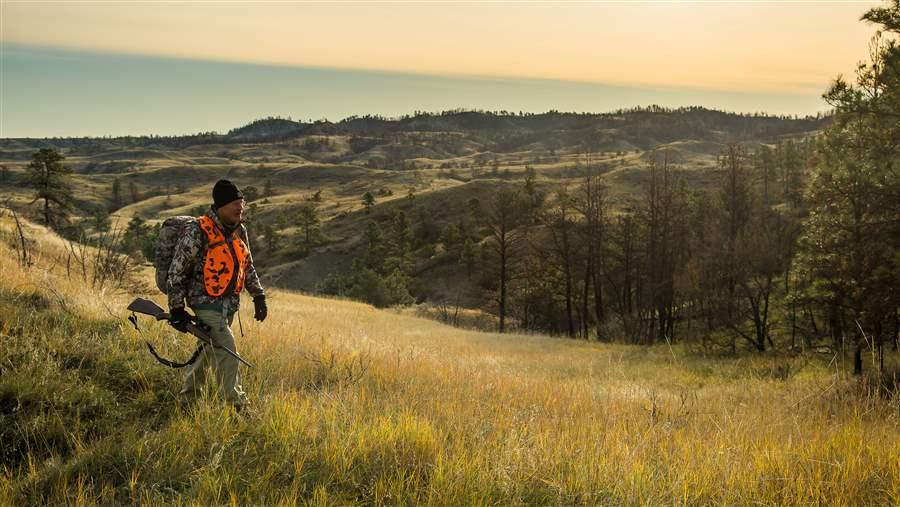 In Musselshell Breaks in Montana, a hunter walks though lush grasses that help to create a thriving elk habitat.

For more than a decade, the idea of conserving wildlife corridors has enjoyed bipartisan support in the West, including 16 states’ endorsement in 2007 of the Western Governors’ Association’s Wildlife Corridors Initiative. Those governors also approved actions in 2010 and 2013 to move the proposal forward.  Wyoming, for example, has adopted policies to conserve wildlife migration corridors and habitat.

States have considerable responsibility in managing America’s wildlife heritage while federal agencies manage vast tracts of public lands, a dichotomy that emphasizes the need for state-federal collaboration. The order addresses that need by directing the Bureau of Land Management, Fish and Wildlife Service, and National Park Service to appoint coordinators to work with state and federal personnel, nongovernmental organizations, and associations to identify and organize programs on big-game migration and habitat.

With the secretarial order and the emerging science on wildlife migrations, federal policymakers now have important tools for striking a balance between development and conservation throughout the West. Secretary Zinke’s action will help the U.S. better conserve these corridors and habitats, and the wildlife they support, for the enjoyment of all Americans now and in the future.

The Pew Charitable Trusts looks forward to working with Secretary Zinke to realize his interest in conserving wildlife migrations and effectively implementing this important policy initiative.

Ken Rait is a director and Matt Skroch is an officer with Pew’s western lands initiative.