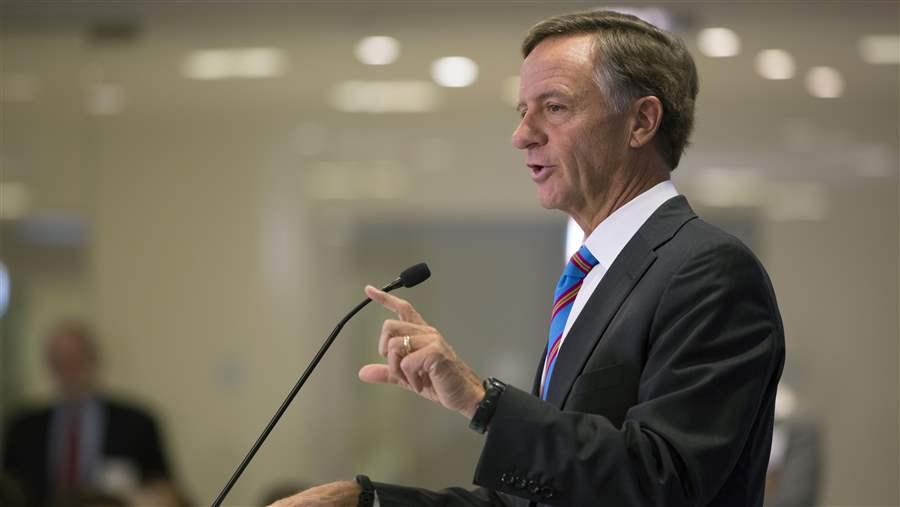 During his seven years in office, Tennessee Governor Bill Haslam (R) has been busy.

Reflecting on his time in office, the governor said that using data to make policy decisions is vital and that other governors should do the same to address myriad issues. “We’ve tried to manage the budget to make great use of taxpayer dollars,” he told the audience.

Tennessee is among numerous states with which Pew has worked to use data as the foundation for fiscally sound policies with broad public appeal. In introducing Gov. Haslam, Susan K. Urahn, Pew’s executive vice president and chief program officer, said, “One of our goals is to draw attention to data-driven states like Tennessee that fund programs with measurable results, get a high return on investment, and are careful stewards of taxpayer dollars and the state’s long-term fiscal health.”

To that end, Pew collaborated with six governors, including Tennessee’s, on identifying and sharing best practices for collecting, managing, and analyzing data on tax incentives to help states use the most effective strategies to improve their economic development investments.

As he enters his final year in office, Gov. Haslam is focused on reforming the state’s juvenile justice system. “Way too many people at too young of an age have their path determined for them for a long time due to a poor decision they made,” he said.

Noting that state governments are essentially monopolies—citizens can’t shop around for services such as where to get a driver’s license—Gov. Haslam said he is trying to improve quality and efficiency within state agencies. 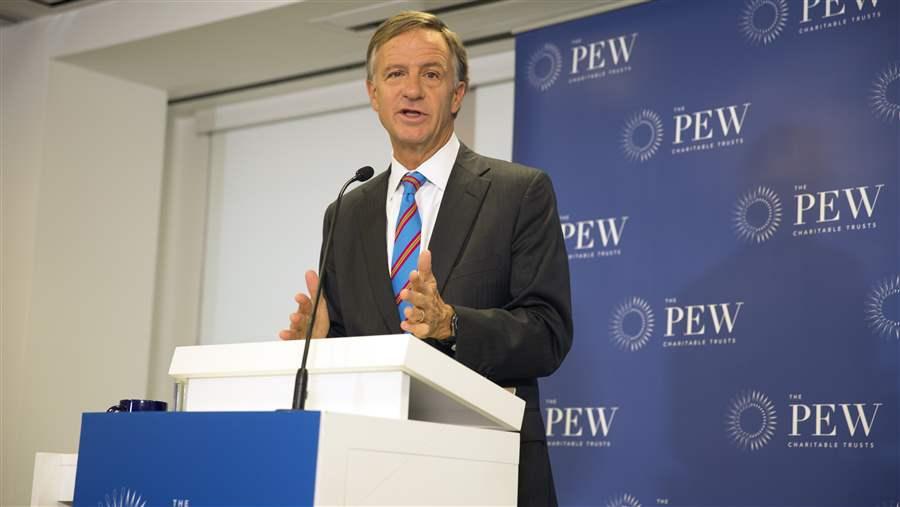 “We have a sacred obligation to provide great service because we’re a monopoly,” he said.  “We should try to bring in a workforce that can provide that because that will distinguish us.”

To improve education statewide, the Haslam administration in 2014 launched Drive to 55, an initiative to increase the number of Tennesseans with a postsecondary degree or credential to 55 percent by 2025. The governor said the state is on track to achieve the goal by 2023. A better-educated workforce, Gov. Haslam added, will attract more businesses to Tennessee and help bridge the long-standing divide between rural and urban residents—both of which are huge issues in many other states as well.

He said companies looking to relocate are primarily concerned about finding the right employees. “One of the reasons K-12 education matters is that most folks need postsecondary education a lot more than they used to,” he said. During his tenure, the state has raised education standards to increase accountability and tied teacher evaluations to student outcomes.

In a wide-ranging Q&A session following his remarks, Gov. Haslam said he understands the need to protect public lands and support outdoor recreation, which accounts for $8.2 billion in annual consumer spending in Tennessee. He cited a state deal under which the Tennessee Valley Authority shuts off its power generators on the Ocoee River, in the southeastern part of the state, on certain days so rafters, kayakers, and others can use the river.

“We thought that was a good use of taxpayer dollars,” Gov. Haslam said. “One of the ways states will win is attracting people to come see them.”