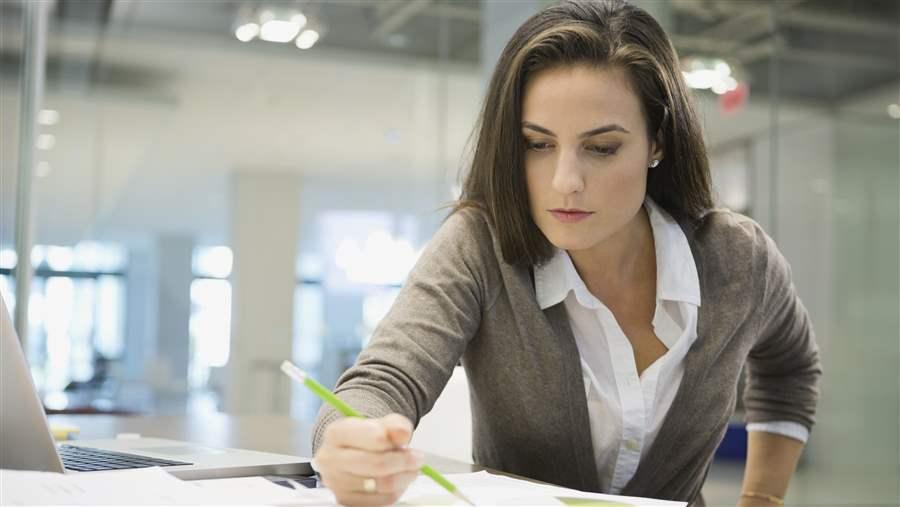 Editor’s note: This analysis was updated on February 28, 2018, to include new details about the California program.

Five states—California, Connecticut, Illinois, Maryland, and Oregon—are launching programs to help private sector employees without workplace retirement plans save for the future. The programs will enroll eligible workers automatically in privately managed individual retirement accounts, though workers can choose to opt out. Known as auto-IRAs, these plans are intended to provide a seamless way to save for retirement through employer payroll systems, as millions of Americans already do.

Making it easier for workers to put a portion of their earnings away for retirement should help reduce poverty among older Americans, as well as the burden on government-funded social safety nets. And the impact could be extensive. California’s program alone is expected to cover about 285,000 employers with over 6 million employees. Research shows that the programs could increase household spending and state revenue while placing a limited burden on employers. In all five states, the programs are being launched without ongoing taxpayer support, meaning that participants will pay for program costs. So how do the costs compare with existing private sector retirement offerings?

OregonSaves, the first of the programs to launch, has capped total annual fees at 105 basis points—$10.50 for every $1,000 in the account. In practice, participants will pay slightly less. The various funds will charge 6 to 13 basis points, which are competitive fees when compared with those of index mutual funds. State overhead will account for 5 basis points, and the majority of the fee—85 basis points—will go to Ascensus, the private financial firm administering the program. Illinois has capped fees at 75 basis points a year, while Californians, under state statute, could pay up to 100 basis points. However, a financial service provider has not yet been selected to run California’s program, and the state’s large scale could allow for fees well below that cap. These limits represent policymakers’ efforts to protect investors from higher fees in the early years, when program expenses are expected to outweigh revenue. The other two states have yet to address fees. With all this in mind, would $7.50 to $10.50 for every $1,000 invested be a good deal?

According to the Investment Company Institute (ICI), a trade group, the industry median equity mutual fund expense ratio was 121 basis points in 2016. The medians for the type of investments likely to make up the bulk of the mix for auto-IRAs—target date and index equity mutual funds—were 84 and 35 basis points, respectively. With costs driven down by large players, when weighting funds by total dollars invested, the average fees were lower still, at 51 basis points for target date funds and 9 basis points for index funds. It is possible that additional fees not captured in the expense ratio could raise these costs, but state auto-IRA programs can look less cost-competitive using this comparison.

Alternatively, because these programs are meant to cover employees who work primarily at small businesses without retirement plans, the fees might more aptly be compared with those charged in the 401(k) market for small employers. In this light, auto-IRA programs appear more economical. According to a 2014 study, published by investment adviser BrightScope for the ICI, the total fees for 401(k) plans with less than $1 million in assets ranged from 266 basis points near the top of the scale at the 90th percentile to 68 basis points near the bottom at the 10th percentile. The median was 148 basis points, or $14.80 for every $1,000 in the account. The state auto-IRA programs now being launched appear competitive even against the lowest-cost of these options.

Regardless of the metrics used for comparisons, states expect auto-IRA fees to drop over time as the programs expand and reach scale. That’s what happened after the 1996 launch of another state savings initiative, the 529 college savings plan. In the years immediately after implementation, many 529 programs charged total fees well over the 100 basis points charged by the OregonSaves program. According to a 2014 report from Morningstar, the least expensive 529 option available—passively managed, age-based plans sold directly to investors—charged fees amounting to 37 basis points the previous year. That reflected a dramatic drop in fees as the programs reached scale and market forces drove down costs.

Because they depend on automatic enrollment of employees (with the ability to opt out), auto-IRAs are expected to reach scale significantly faster than 529s. According to a feasibility study for California’s Secure Choice program, total assets could exceed $3 billion in the first year. Although initial savers could face higher costs, all participants will benefit as prices fall, assuming that participation and contribution projections prove accurate.

As new programs, auto-IRAs will have to be evaluated to see whether key assumptions hold up. The plans are essentially hybrids between traditional IRAs that investors can select from the marketplace and employer plans such as 401(k)s, intended to cover the majority of workers at a business. Individual savers might find lower fees if they take the initiative to compare prices and open an IRA independently, but few do. Most Americans rely on their employers to facilitate retirement savings through pensions or 401(k)s—and 401(k)s in the small plan market can be more expensive for participants than these state plans.

Many business owners may still prefer to set up a 401(k) for workers so they can provide an employer match or allow for higher contribution limits. But for those unable to do so because of administrative or financial constraints, the auto-IRA is intended to provide a cost-effective alternative. Whether fees are seen as competitive will depend on how the programs themselves are understood—for example, as simple IRAs or plans for small employers—and how much time it takes for these efforts to reach scale. That process is just getting started.