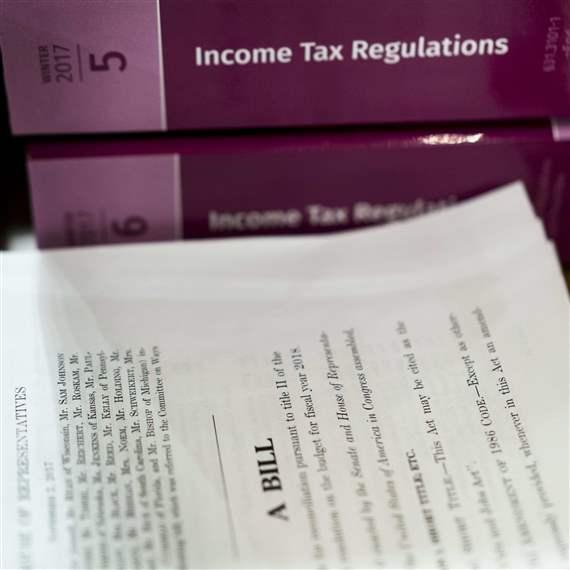 Tax reform bills now in Congress could cause significant and diverse reverberations for state budgets and tax codes.

The current debate over federal tax reform has implications that reach well beyond the nation’s capital. States have a great deal at stake because some proposed changes to the federal tax code could affect them, either directly or indirectly. For example, all 41 states that have an income tax link to the federal code in some way, which means that certain federal changes could affect the amount residents pay in state taxes and, therefore, state revenue. Further, the bills include a number of proposals that could interact with one another to create a range of effects on federal and state revenue, individual taxpayers, and filers’ behavior. The discussion around the tax reform bills recently passed in the House of Representatives and under consideration in the Senate should include how the proposals might change the distribution of key federal provisions across states and affect states’ tax codes and collections.

Impact on distribution of federal tax provisions across states

The House and Senate bills both propose changes to a range of federal tax expenditures, such as the itemized deduction for state and local taxes paid and the mortgage interest deduction. As research from The Pew Charitable Trusts shows, the distribution of federal tax credits and deductions varies significantly across the states. For example, the state and local tax deduction, which allows filers who itemize their federal deductions to subtract certain state and local taxes, effectively reduces the cost of those taxes. Eliminating this provision would make state and local taxes more expensive for taxpayers who were previously able to deduct them. This, in turn, could affect states’ policy choices about the level and mix of taxes they levy, depending on how many, which, and to what degree residents would be affected.

States link their tax codes to various federal tax provisions, so changes to any of those could affect state revenue. For example, Pew’s research shows that 12 states use the federal standard deduction in their own tax codes and eight link to federal personal exemption amounts, and the House and Senate bills both would increase the standard deduction and eliminate personal exemptions. The House tax plan also proposes to eliminate the Student Loan Interest Deduction, which is one of a number of higher education tax benefits targeted for reform in the bill. Our research has also shown that 37 states and the District of Columbia offer similar provisions, largely through connections to the federal tax system. This means that changes to decrease or eliminate the Student Loan Interest Deduction could also have a ripple effect.

These revisions would leave the states that link to those provisions with a difficult choice: either adopt the federal changes and manage the resulting revenue effects—probably declines associated with raising the standard deduction and increases from elimination of the personal exemption and Student Loan Interest Deduction—or decouple from them and make taxpayers adjust to new state provisions.

Federal Tax Deductions and Credits Across the States