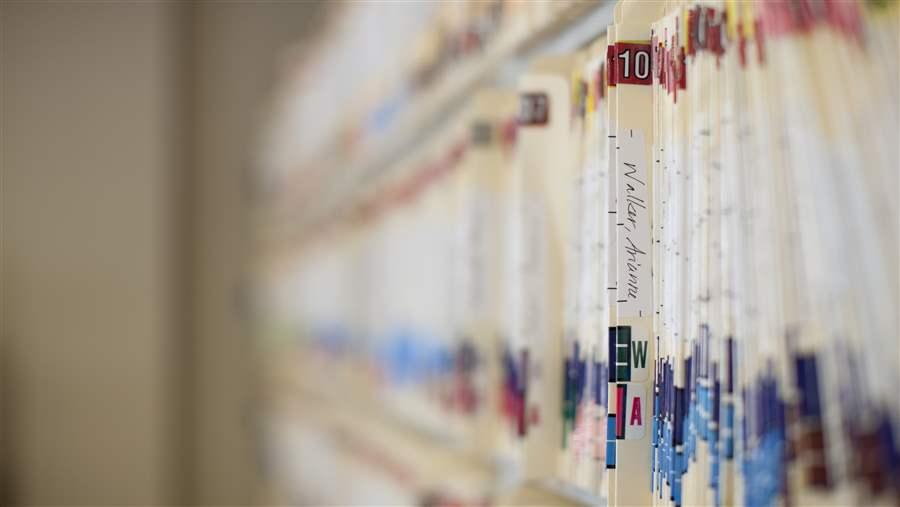 This is the second analysis in a series examining how health care is funded and delivered in state-run prisons, as well as how care continuity is facilitated upon release.

U.S. District Judge Myron Thompson of Alabama’s Middle District in June 2017 found “persistent and severe shortages of mental-health staff and correctional staff, combined with chronic and significant overcrowding” in the state’s prisons, following a trial over whether in-facility mental health services violate constitutional requirements. Then he ordered the state to develop remedies. Responding to the order, Governor Kay Ivey said: “There are obviously several issues within our prison system that must be addressed. … I am committed to providing justice to all Alabamians by ensuring constitutionally-permissible conditions for all prisoners.” The state has since proposed roughly doubling its prison mental health staff, among other actions, at an estimated annual cost of more than $10 million.

Also in June, after a hearing on the Arizona Department of Corrections’ compliance with agreed-upon health care performance measures for state-run prisons, U.S. Magistrate Judge David K. Duncan ruled that the state could face a $1,000 fine for every future breach. A month later, the department reported more than 2,000 violations. In October, after Judge Duncan found continued noncompliance, the department reiterated its commitment to ensuring that incarcerated individuals receive “the constitutionally-mandated health care to which they are entitled.” Litigation is ongoing.

In Illinois, the Department of Corrections entered into a settlement agreement in 2016 after a nearly decade-long legal entanglement over mental health care in its facilities. The settlement’s requirements include hiring additional staff and adding residential and inpatient treatment programs. Now the department is battling another lawsuit, this time pertaining to medical and dental care. In April 2017, U.S. District Judge Jorge L. Alonso granted class certification to a group of incarcerated individuals who had filed a class action lawsuit, finding that they had “sufficiently alleged that defendants have provided deficient medical care on a systemic basis that jeopardizes the ongoing well-being of plaintiffs and other prisoners … with serious medical needs.”

Such lawsuits are common. Litigation largely drove improvements in prison health care over the past five decades as incarcerated individuals and advocates began challenging substandard conditions. Courts responded by defining legal rights for people in prison and establishing minimum standards and accountability.

Before the 1970s, prison health care was frequently delivered by unqualified or overwhelmed providers, resulting in negligence and poor quality. These conditions led to a stream of lawsuits, with a series of federal court decisions establishing a legal basis under which state correctional authorities are constitutionally obligated by the Eighth Amendment to provide prisoners with “reasonably adequate” health care.

Today, care must be at “a level reasonably commensurate with modern medical science and of a quality acceptable within prudent professional standards” and “designed to meet routine and emergency medical, dental, and psychological or psychiatric care.” Specifically, prisoners are entitled to access to care for diagnosis and treatment, a professional medical opinion, and administration of the prescribed treatment. States’ obligation and liability persist even when they use contractors to provide some or all medical services.

Every state has an interest in delivering care that comports with constitutional requirements. In addition to the issues of public health and public safety, the legal and financial consequences of being found to violate inmates’ rights are serious.

Yet policymakers and administrators often lack the information they require to build and maintain high-performing prison health care systems that proactively make the most of diagnostic and treatment opportunities and avert the harmful and expensive consequences of inattention or missteps. These officials need to know how much money is being spent on what services and why, and what benefits are achieved for those dollars.

A first-of-its-kind report by The Pew Charitable Trusts details spending trends in prison health care and examines whether and how states monitor the quality of care provided—the critical counterpart to spending when assessing whether desired outcomes are achieved at sustainable costs.

Thirty-five states reported to Pew that they operated a prison health care quality monitoring system in fiscal year 2016. However, of these 35 states, only Florida, Nebraska, Nevada, New Jersey, New York, and Texas indicated that they take additional steps to formally require quality monitoring and build in regular opportunities to incorporate the findings into decision-making and legislative oversight. These steps can clarify priorities, bolster consistency amid personnel changes, and help ensure that objectives are met.

Pew’s research provides practical information and insights that policymakers and administrators can use to help optimize policies and programs in the service of incarcerated individuals, state residents, and taxpayers.

To accompany its October 2017 report &ldquo;Prison Health Care: Costs and Quality&mdash;How and Why States Strive for High-Performing Systems,&rdquo; The Pew Charitable Trusts has published a series of analyses that explain key findings and themes on how health care is funded and delivered in state-run prisons, as well as how care continuity is facilitated upon release of those who have been incarcerated.