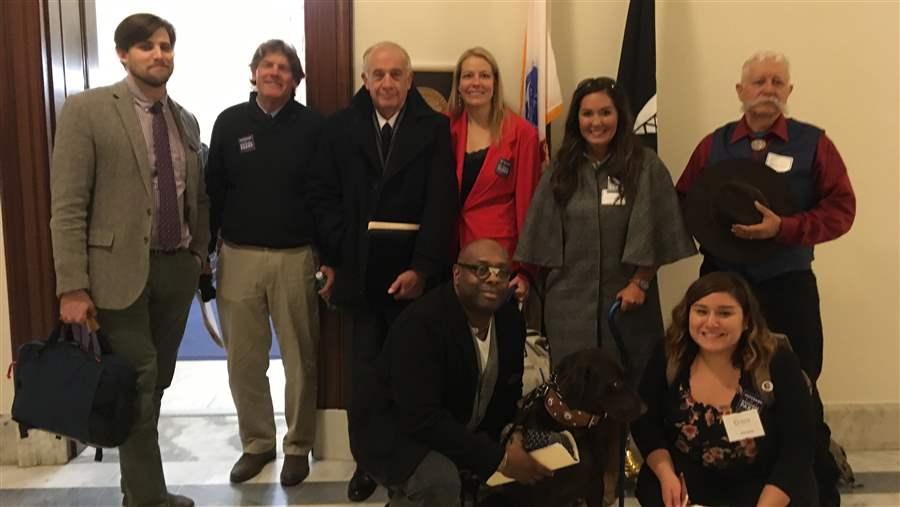 Veterans gather outside an office on Capitol Hill to deliver a letter urging support for a bill to fund repairs at national parks.

More than a dozen veterans representing 10 states and the District of Columbia took a message to Capitol Hill this week: Restore America’s national parks.

The group delivered a letter to lawmakers urging them to pass the National Park Service Legacy Act, bipartisan legislation that would dedicate annual federal funds to park maintenance. The letter, signed by over 500 veterans’ groups and individuals, said investment is needed to restore and maintain park sites that honor the sacrifices of servicemen and women. 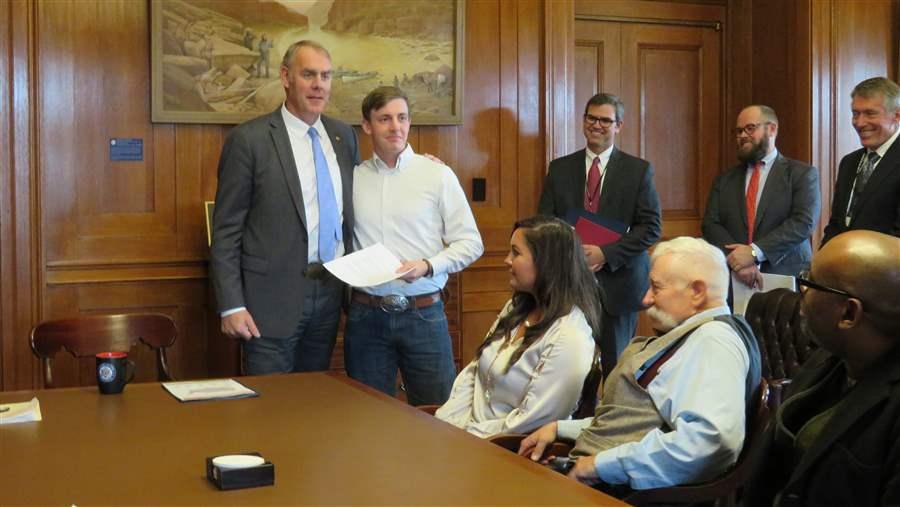 Army veteran Robin Eckstein of Oregon, who served in Iraq in 2003 with the 1st Armored Division and has post-traumatic stress disorder, said that visiting parks has helped her heal.

“War sucks the humanity out of you,” Eckstein said. “The healing that I have been able to find has been in our national parks.”

The 156 sites that commemorate our military history require $6 billion in repairs. They include:

How can we maintain national parks for future generations?