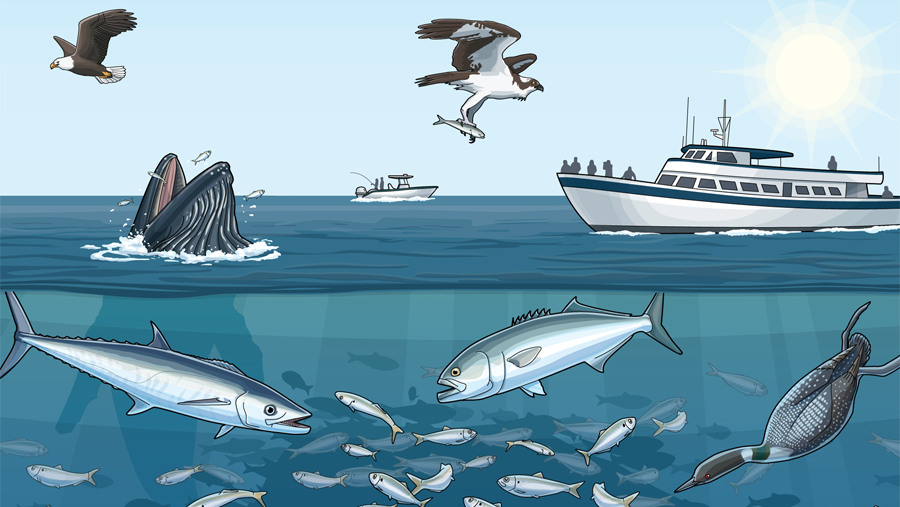 Menhaden serve as a critical food source for whales, dolphins, ospreys, eagles, and other wildlife, as well as for commercially and recreationally valuable species such as tuna, cod, striped bass, king mackerel, and tarpon. They are also the focus of a large commercial fishery; by weight, more menhaden are caught along the U.S. Atlantic coast than any other fish species. The catch is used for fertilizer, pet food, livestock and farmed fish feed, fish oil, and, to a lesser degree, bait for other fisheries.

Scientists and the public strongly support setting catch limits that leave enough menhaden in the water to feed wildlife and to allow this vital species to return to its full range from Maine to Florida.