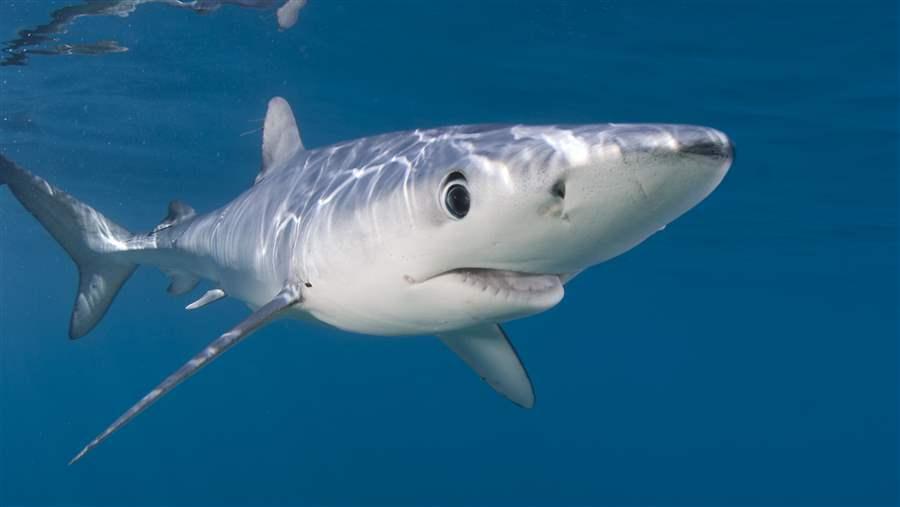 Sharks, from the largest fish in the sea—the whale shark—to flattened, strangely shaped rays such as guitarfish, are still being killed at an unsustainable rate, but several could receive much needed protections this month.  Beginning Oct. 22, 124 governments will gather in Manila, the Philippines, at the 12th session of the Conference of the Parties (CoP12) to the Convention on the Conservation of Migratory Species of Wild Animals (CMS) to decide if six species of sharks will receive listings that will give them a better chance to recover depleted populations.

The host country, along with Israel and Sri Lanka, have proposed a CMS Appendix I listing for whale sharks, which would prohibit fishing for this species in all places where it migrates.  Monaco proposed the same level of protection for angel sharks, a bottom-dwelling species that has been driven almost to extinction throughout its European range.

Four additional shark species have been proposed for listing on CMS Appendix II, which would make them conservation priorities for all CMS parties and encourage international action to properly manage and protect these species throughout their migratory ranges:

By adopting the six additional Appendix I and II shark listings this year, CMS members would carry on momentum from 2014, when they committed to work together to better protect 21 vulnerable species of sharks and rays, including silky, thresher, and hammerhead sharks, and helped achieve stronger management of some of the world’s most vulnerable sharks.

The population growth of any species depends on its life-history characteristics. With many of the world&rsquo;s shark populations declining, it is important to examine how these characteristics differ from other fish to identify the most effective management approaches.

Migratory Sharks Sustain Livelihoods in the Philippines and Worldwide

The whale shark, the largest fish in the sea, is facing population declines and was reclassified as endangered last year by the International Union for the Conservation of Nature (IUCN). At the same time, the ecotourism value of these migratory sharks in places like Donsol Bay, Philippines, has made shark tourism a lucrative alternative to fishing. To address the declining population and preserve this tourism value, the Philippines government has protected whale sharks nationally. However, these protections may not be enough.