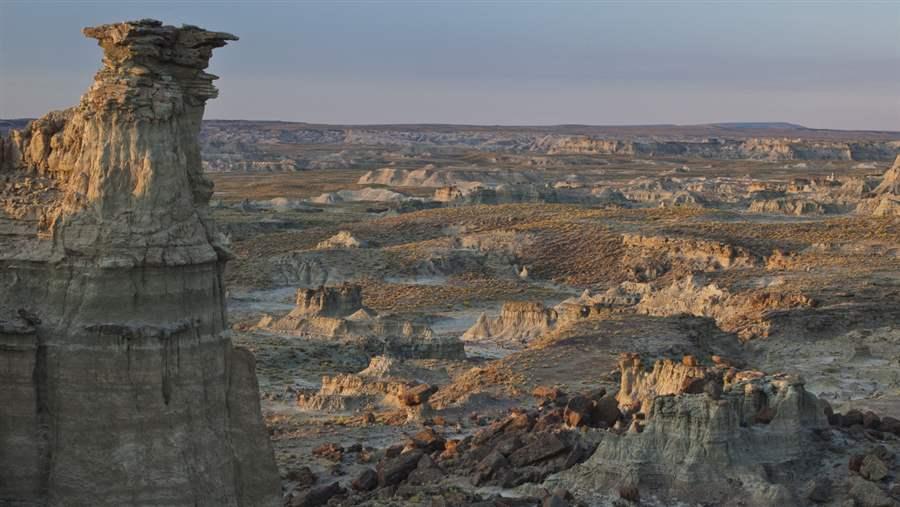 Adobe Town’s badlands, buttes, and spires were created by thousands of years of erosion.

The wild and varied landscapes of southwest Wyoming are home to many of the state’s natural treasures, including the world’s largest herd of desert elk and the biggest active sand dune system in the U.S., and they also host one of the longest terrestrial wildlife migrations in North America. Spectacular areas such as Greater Adobe Town, Little Mountain, and Devil’s Playground offer visitors outstanding opportunities for backcountry recreation and solitude. 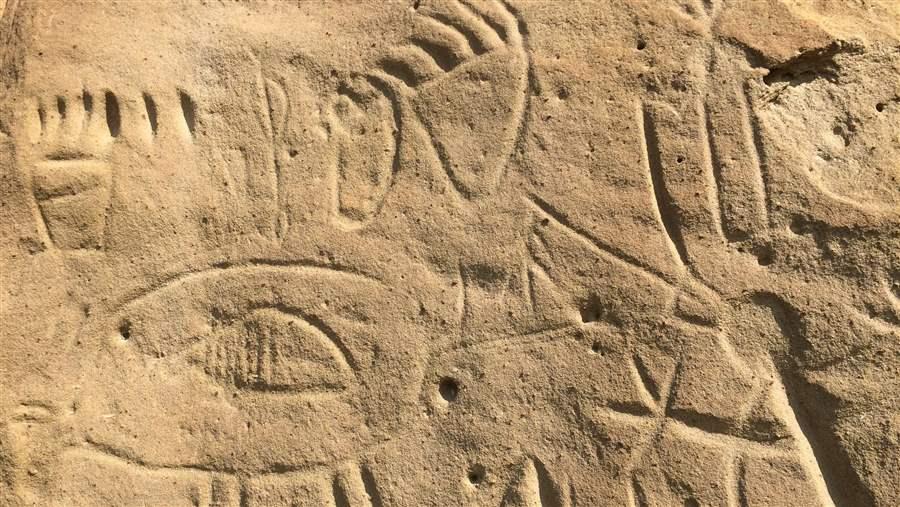 The Rock Springs field office of the Bureau of Land Management (BLM) oversees some 3.6 million acres of these public lands, which generate significant revenue for Rock Springs, Green River, and other small communities in southwest Wyoming. In 2016, more than 483,000 visitors used these landscapes for nonmotorized recreational activities. And a 2017 ECONorthwest report commissioned by The Pew Charitable Trusts found that visitors participating in “quiet recreation” such as hunting, camping, and hiking within the Rock Springs field office planning area support more than 280 local jobs and generate $22 million in total economic output annually. Within 50 miles of recreation sites, direct spending on those activities amounted to an estimated $27.2 million in 2015, the report found.

The BLM is now revising its management plan for the area, which will set out the priorities and uses for these lands over the next 20-plus years. Pew is working with local and regional partners to ensure that the plan strikes a commonsense balance among conservation, recreation, and development. 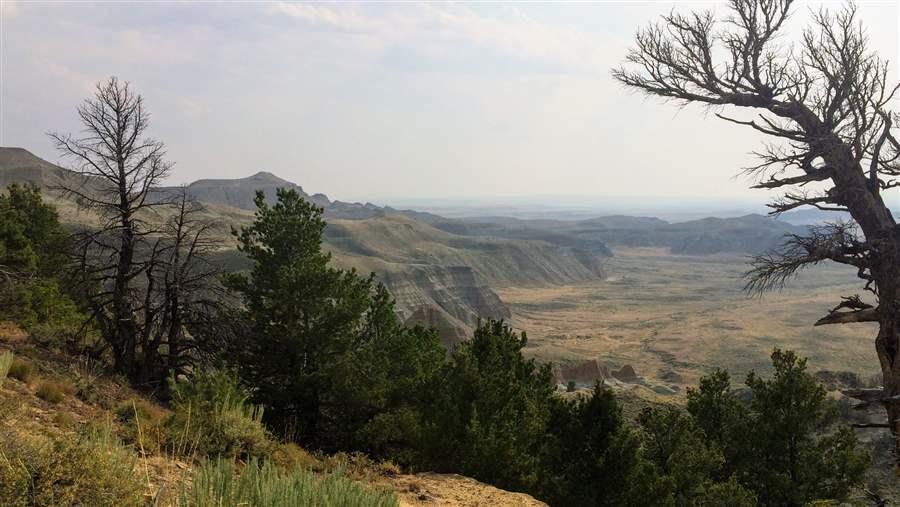 Among the notable spots in the region:

Pew encourages the BLM’s Rock Springs field office to continue to advance its work with all stakeholders in developing a revised management plan that conserves this spectacular region for current and future generations.