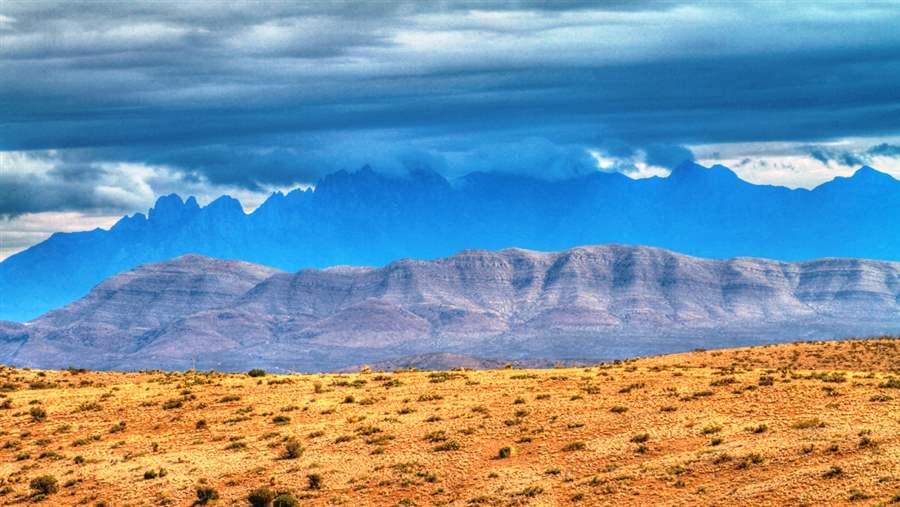 At first glance, northern and southern New Mexico are as different as night and day. In the south, rugged desert, archaeological wonders, and toothy peaks make up the Organ Mountains-Desert Peaks National Monument. Up north, just outside the town of Taos, the Río Grande del Norte National Monument features winding canyons, wildflower fields, and flowing rivers.

Like all national monuments, these places were preserved under authority granted to U.S. presidents by the Antiquities Act. Now, as the Trump administration conducts a review of many of our nation’s national monuments, the communities that worked for decades to persuade a president to preserve those special areas are again making the case for their protection. While these two monuments are separated by 375 miles, the natural resources and cultural values that define them bring all New Mexicans together.

Organ Mountains-Desert Peaks National Monument is the quintessential economic success story. Designated in 2014, this unique area draws locals and other visitors to take in scenic views, spot wildlife, and explore historical sites like Billy the Kid’s Outlaw Rock and thousands of petroglyphs. These attractions are among the reasons visits to the monument doubled between 2015 and 2016.

The allure also helps explain why more people are choosing to live and work near the monument. A recent Headwaters Economics analysis found the population in the communities neighboring Organ Mountains-Desert Peaks had grown by 21 percent and that personal income had increased by 42 percent from 2001 to 2015. Additionally, it found that service jobs, such as doctors, engineers, and teachers, increased 41 percent in that period. 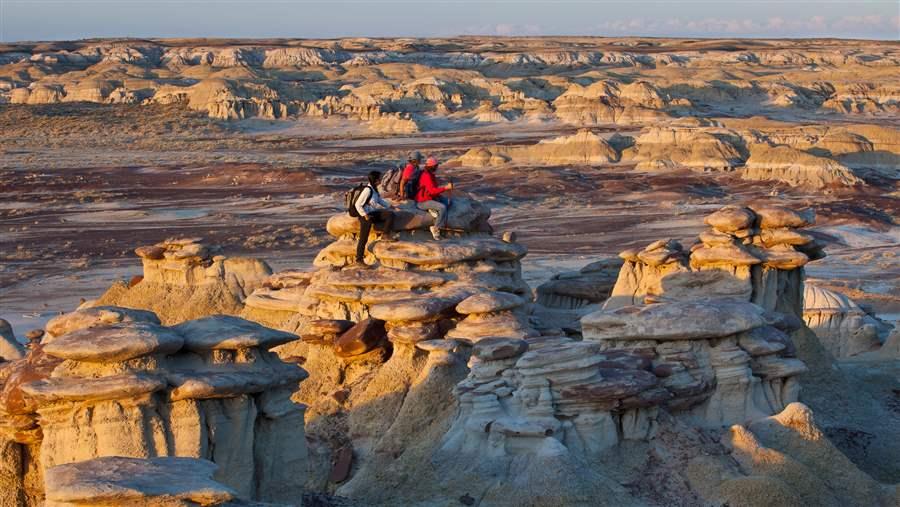 In 2016, southern New Mexico was included on Lonely Planet’s list of 10 “Best in the U.S.” destinations, in large part due to the Organ Mountains-Desert Peaks National Monument.

Located in the heart of New Mexico’s ski country, Río Grande del Norte National Monument has proved to be another outdoor recreation haven. People come from near and far to hike, bike, raft, ride horseback, fish, hunt, camp, bird-watch, and more. In the year after President Barack Obama’s 2013 designation of the monument, Taos reported a 40 percent increase in visitors and a 21 percent jump in lodgers’ tax revenue.

As with southern New Mexico, people want to live and work near protected public lands like Río Grande del Norte. A separate study from Headwaters Economics found that the local economies of communities surrounding the national monument had grown, with per capita income increasing as much as 27 percent from 2001 to 2015.

A recent analysis by Conservation Science Partners found that the Río Grande del Norte National Monument is in the 90.5 percentile for mammal diversity when compared to random areas of equivalent size across 11 western states. That’s probably because the monument and its rivers are home to trout, pike, smallmouth bass, elk, mule deer, pronghorns, bighorn sheep, and otters. In fact, Río Grande del Norte serves as a critical wildlife migration corridor.

Local farmers, ranchers, and residents, along with downstream communities, depend on the clean water that flows from the monument, both freely and through acequias, or irrigation ditches. 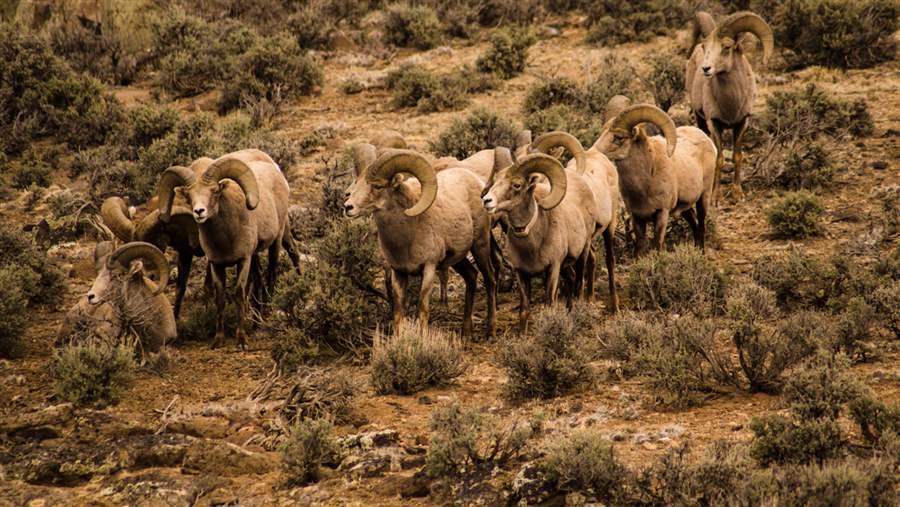 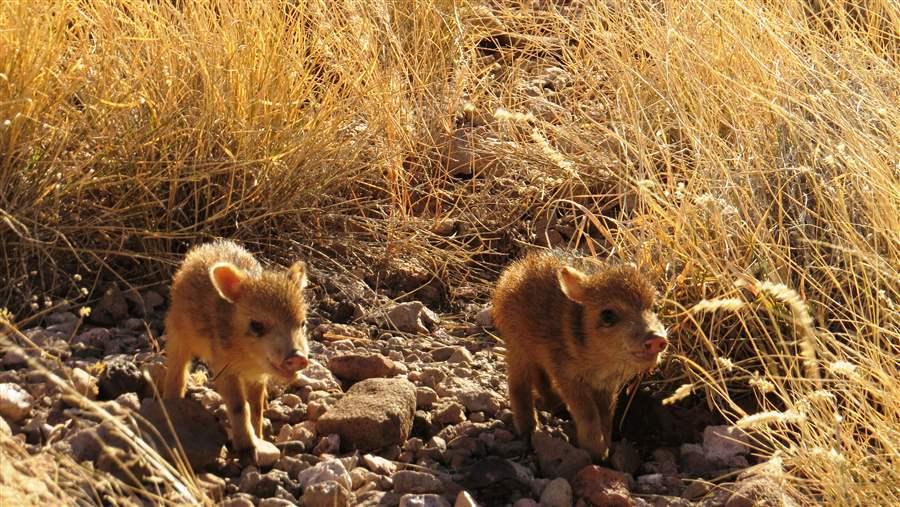 Organ Mountains-Desert Peaks is home to approximately 306 bird species and 78 species of mammals, including these javelinas.

Local advocates have been discussing how best to preserve lands that now make up the Organ Mountains-Desert Peaks National Monument since the 1970s. Discussions to accomplish this via legislation began in 2005, culminating in the introduction of a bill in 2009 by New Mexico Senators Tom Udall and Jeff Bingaman, both Democrats.

After the legislation failed in numerous sessions of Congress, a diverse coalition of sportsmen, veterans, small-business owners, Hispanic leaders, ranchers, members of tribes and faith groups, and conservationists urged the president to designate the Organ Mountains-Desert Peaks National Monument. 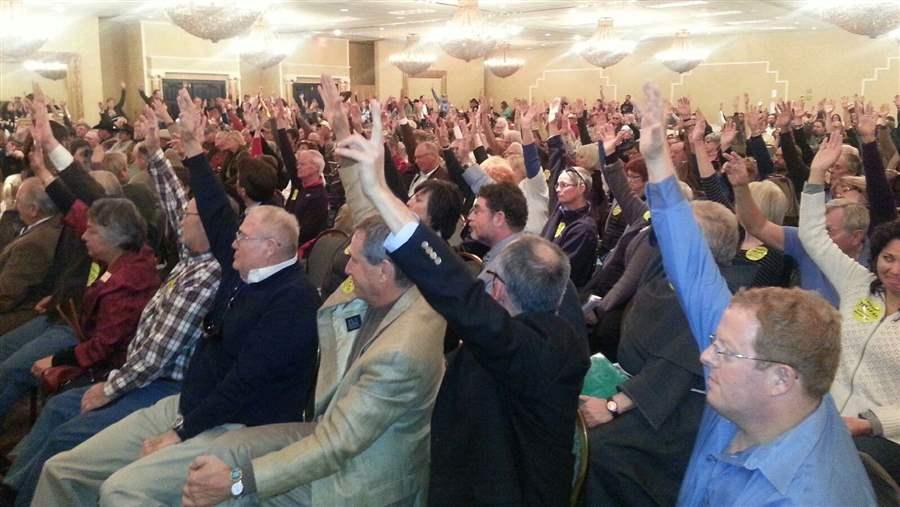 Attendees at a public listening session on the Organ Mountain-Desert Peaks proposal held by Interior Secretary Sally Jewell in 2014 show their support.

Up north, a similarly eclectic coalition worked to safeguard the Río Grande del Norte area. Legislation to conserve that region was first introduced by Representative Bill Richardson (D-NM) in 1991, and again nearly 10 years later by Sens. Udall and Bingaman. Senate and House versions of a bill were introduced in 2009 and 2010, and in 2013 President Obama designated the monument after a gridlocked Congress could not bring a bill to a vote. 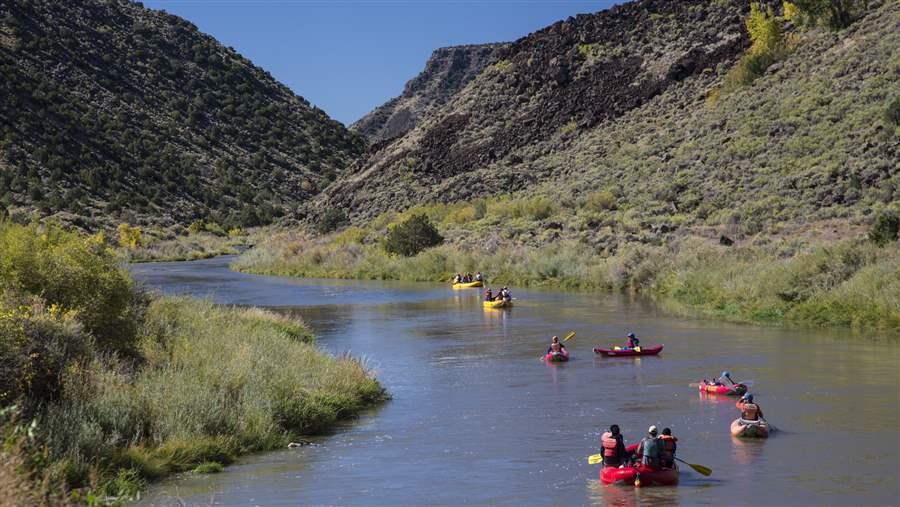 Rafting guides were among the business owners who urged Congress and the president to protect Río Grande del Norte as a national monument.

The Trump administration is accepting comments on these two monuments, along with others across the country, until July 10. That means there’s still time to speak out to ensure permanent protection of the Río Grande del Norte and Organ Mountains-Desert Peaks national monuments. Please make your voice heard today!

Advocates led by small-business owners seeking to preserve an economic juggernaut brought the fight to save America&rsquo;s national monuments to the front lines June 7. Some three dozen people from 15 states traveled to Washington to tell their elected representatives that the country&rsquo;s monuments do much more than provide space for those seeking outdoor recreation and solitude: They also lift local and regional economies by creating revenue streams from tourism.

June 5, 2020 Response to COVID-19 Reinforces Lessons for the Fight Against Illegal Fishing