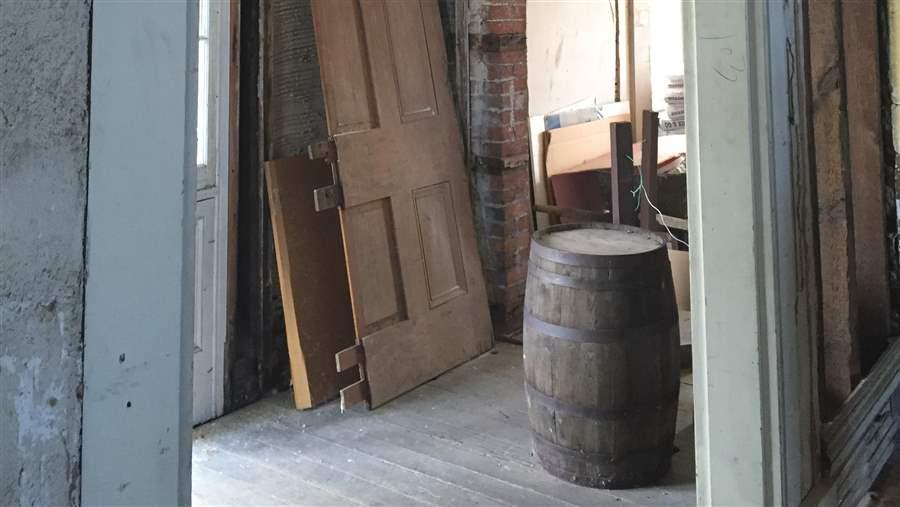 The interior of the historic Lockwood House at Harpers Ferry National Historical Park needs millions of dollars in repairs. At various times during the Civil War, the building served as a hospital, Army headquarters, prison, or ballroom.

Visitors to Harpers Ferry National Historical Park in the region where Maryland, Virginia, and West Virginia meet can see interpretations of historical events, including John Brown’s raid to free slaves and civil war battles, and visit America’s first historically black college. Unfortunately, those visitors can also see evidence of the $5 million in repairs and upkeep the park needs to address deteriorating historic buildings, roads, and trails.

For Jefferson County and the surrounding region, Harpers Ferry is more than a link to the past: It’s also an economic engine for the present and future. In 2016, more than 335,000 visitors to Harpers Ferry National Historical Park spent an estimated $16.6 million in nearby communities, according to the National Park Service.

That spending supported 254 jobs, $9.7 million in labor income, and a cumulative economic output of $24.2 million for the region.

Nationwide, a record 331 million visitors were welcomed to national park sites in 2016, and those guests spent $18.4 billion in nearby cities and towns. Parks in poor condition diminish the visitor experience, which could translate to fewer people coming to the parks and the gateway communities.

It’s no surprise then that Jefferson County is not alone in advocating for adequate funding to repair and maintain our treasured natural, historical, and cultural sites. More than 75 municipalities and counties around the country have passed resolutions calling on Congress to provide more predictable resources to fix our parks. These areas, from Seward, Alaska, to Seattle to Barren County, Kentucky, understand the importance of park tourism and recreation in supporting gateway communities and jobs.

The municipalities stand with almost 1,900 organizations, businesses, associations, local elected leaders, and chambers of commerce that have signed a letter asking lawmakers to provide resources to address maintenance needs within the national parks.

In March, Senators Mark Warner (D-VA) and Rob Portman (R-OH) introduced a bill that would provide up to $500 million each year to help make these repairs. A companion bill was introduced in the House of Representatives in May by Will Hurd (R-TX), Derek Kilmer (D-WA), Colleen Hanabusa (D-HI), and Dave Reichert (R-WA). 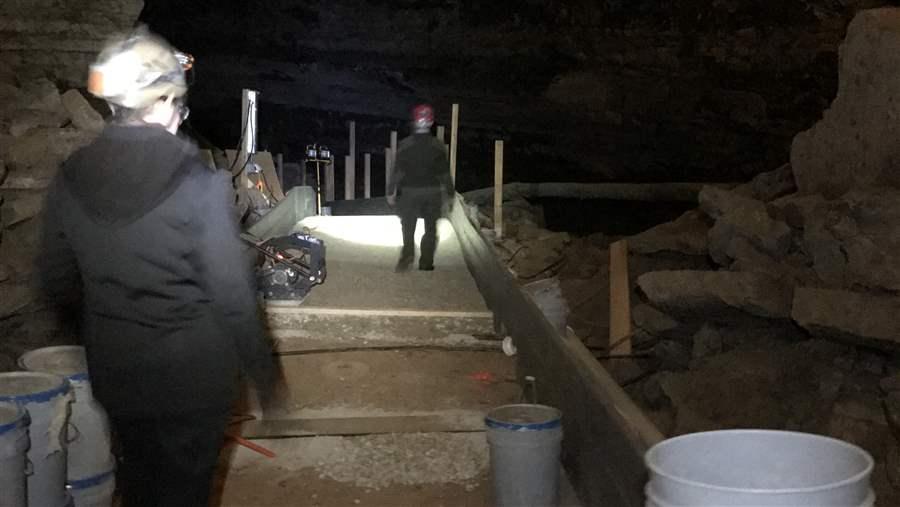 Eight Kentucky municipalities neighboring Mammoth Cave National Park are concerned about the $82 million in repairs needed at the site, including $32 million for trails such as this one in the cave.

The Pew Charitable Trusts encourages the prompt enactment of this legislation so the National Park Service has the resources needed to help visitors recreate, learn, and connect with their cultural heritage.