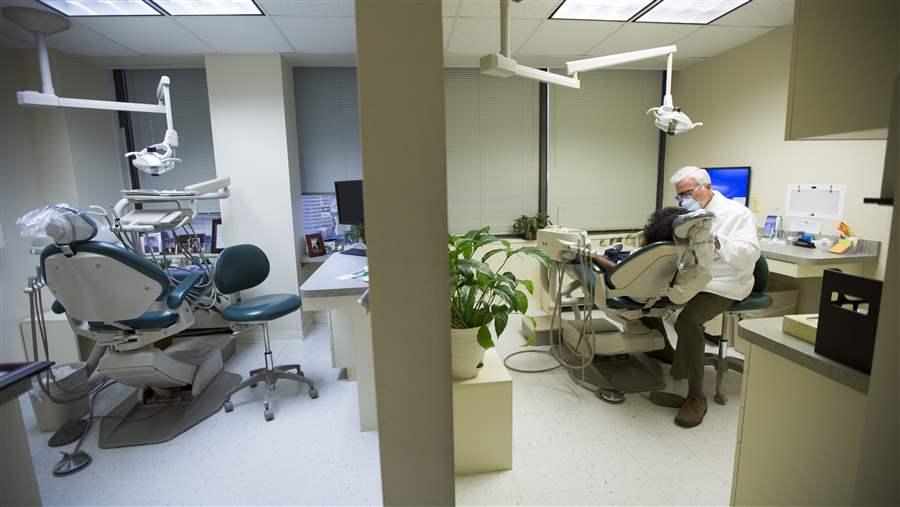 A new study published in the April issue of Health Affairs finds mixed utilization results among states offering Medicaid dental benefits. Overall, low-income adults in such states were more likely (by 10 percentage points) to seek care compared with their peers in states without the dental benefits. However, in states where a dental benefit was provided to a new group of eligible adults as part of an expansion of Medicaid under the 2010 Affordable Care Act (ACA), dental visits declined among low-income parents—the original Medicaid adult enrollee population—while visits increased among the new enrollees who had no children.

Nearly 51 million Americans live in dentist shortage areas. Noting that the majority of dentists do not treat Medicaid patients, the study calls for expanding the existing safety net and examining “alternative models of dental care delivery.” This step would ensure that eligible adults can make use of Medicaid dental coverage. The study points to parts of the ACA, including increased funding for community health centers and dentist training, that could improve supply of dental care over time. It also touts dental therapy as a “promising” approach for bolstering the delivery system serving low-income patients.

The study examined low-income nonelderly adults’ use of dental care between 2010 and 2014, a time when millions of adults gained dental coverage through Medicaid expansions enacted by 31 states and the District of Columbia. Study authors suggest that a surge in Medicaid enrollment among childless adults and a pent-up demand for care “may be stretching the already limited capacity of the providers already serving low-income parents.”