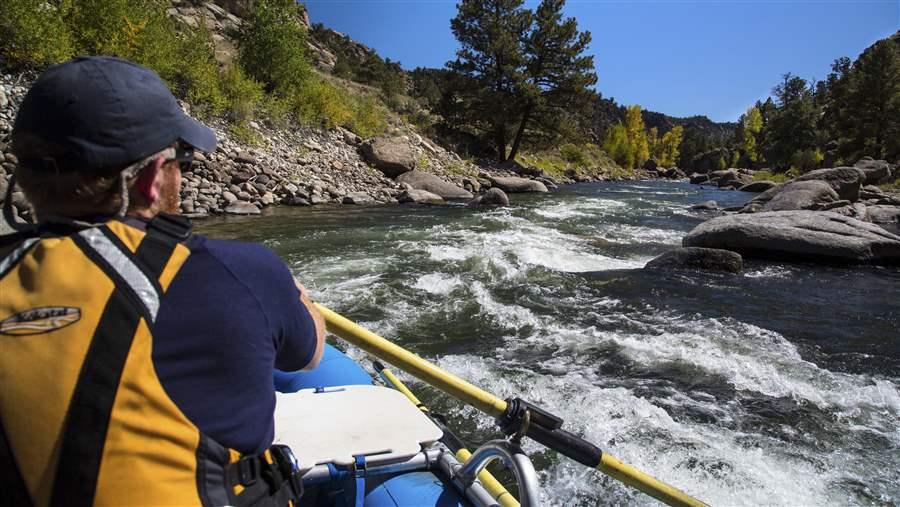 Rafting down the Arkansas River

From its headwaters at an elevation of 14,000 feet near Leadville, Colorado, the Arkansas River travels a meandering 1,500-mile route, slicing through the Rocky Mountain Front Range on its way to the Mississippi River north of Louisiana. Colorado’s Royal Gorge region, known as the “Grand Canyon of the Arkansas,” is a hub for river rafters and outdoor enthusiasts seeking adventure, pristine scenery, and an abundance of wildlife.

In 2015, the Bureau of Land Management (BLM) initiated a management planning process for these public lands in east-central Colorado, which sit mostly along the Arkansas River corridor west of Pueblo. Since then, the agency has considered public input that will help determine which areas will be conserved for their wilderness, recreation, and wildlife values and which will be made available for extractive or industrial uses. The plan is now entering another phase in which additional public comment is vital. The BLM has just released “preliminary alternatives” that offer information on the management direction the agency is considering. 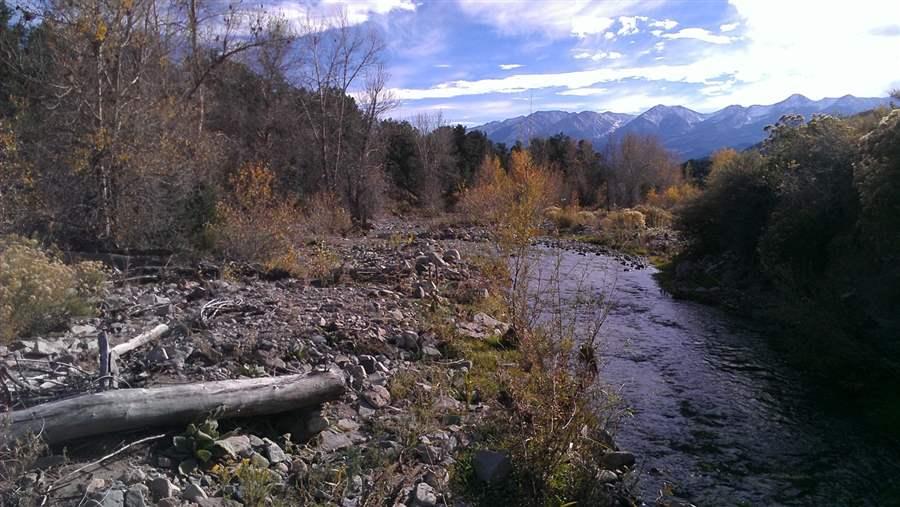 Other special lands within the planning area, such as Reinecker Ridge, have significant historical, paleontological, and cultural values in addition to important wildlife habitat. In particular, 20,000-year-old woolly mammoth fossils and bones have been found at Reinecker Ridge and are on display at a local gallery and the Colorado Museum of Natural History. This area is also high in biodiversity because of its extremely rich and unique wetlands and grasslands.  Among the wild animals that make their homes here are Canadian lynx, boreal toads, bobcats, moose, deer, ermines, goshawks, golden eagles, great horned owls, burrowing owls, and migratory snow owls.

The public lands within the Eastern Colorado planning area draw plenty of people, too. The region offers abundant backcountry recreational opportunities such as hunting, fishing, hiking, and climbing in the undeveloped river canyons, grassland prairies, and alpine meadows. These wild playgrounds attract locals and visitors, filling an essential role in the economies of nearby Salida and Cañon City. Across the state, “quiet recreation” (nonmotorized activities) on BLM-managed lands generates $275 million in direct spending.

The values that these unspoiled places provide to local communities and to tourists should be protected for future generations. Although Pew is advocating for an overall plan that strikes a balance between conservation and development on public lands within the region, we believe the wildest and most intact lands should be managed to sustain their wild character.

For more information and to provide input to the BLM about the lands affected by this planning process, please visit our Action Alert page.