Correction note: This post has been updated to correct a fact about belugas.

Even with the dizzying pace of mankind’s technological advances, much of the sea and many creatures that live there remain mysterious. Scientists continue to discover new species and gather clues on the curious behavior of marine life throughout the global ocean.

Here are six marvels of the oceanic environment.

The Gulf of Mexico has hidden (living) treasures 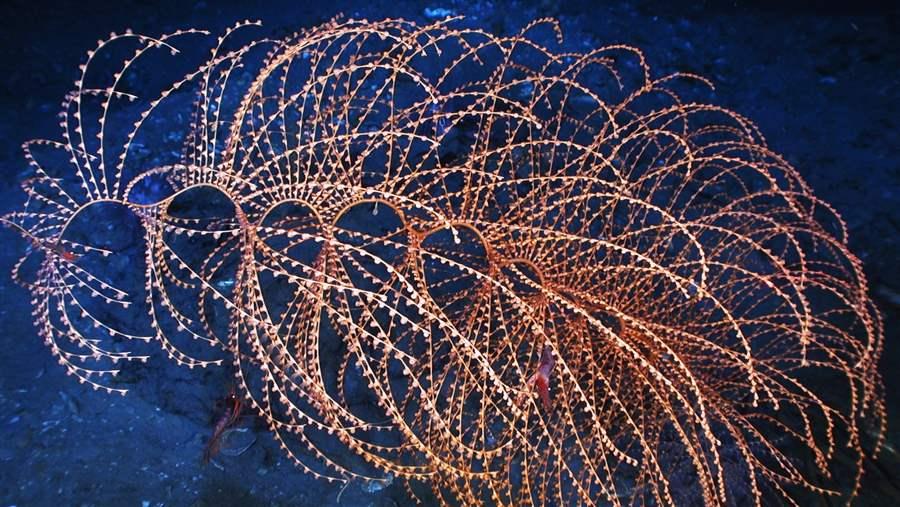 Deep-sea corals thrive at depths of thousands of feet, and some grow hundreds of feet tall. Scientists are still discovering more coral species in the Gulf of Mexico, such as this gorgonian species, Iridogorgia.

Huge tuna are in trouble 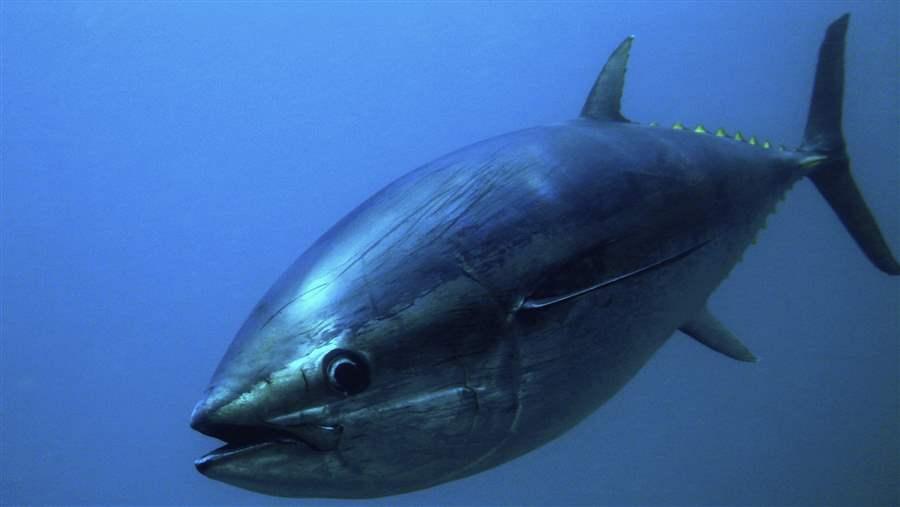 Pacific bluefin tuna are among the world’s most majestic fish. They can weigh more than 1,000 pounds and dive up to 1,500 feet, but they are in serious trouble after years of overfishing. Today, the population of Pacific bluefin has dropped 97 percent from its historic high. 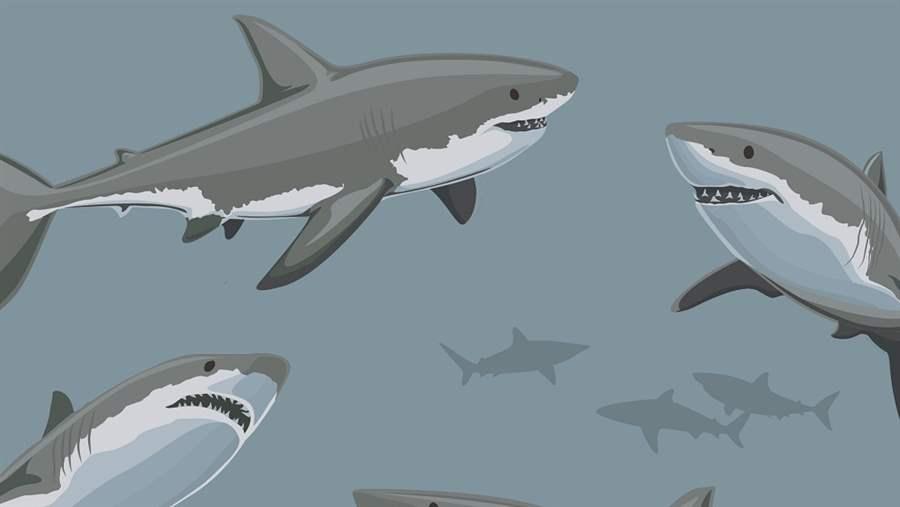 The “White Shark Café” is a special place in the Pacific Ocean halfway between the Baja Peninsula of Mexico and Hawaii, where migrating great whites gather. Scientists don’t yet understand what compels hundreds of these animals to meet there every April to July.

This coral is about as old as the Egyptian pyramids 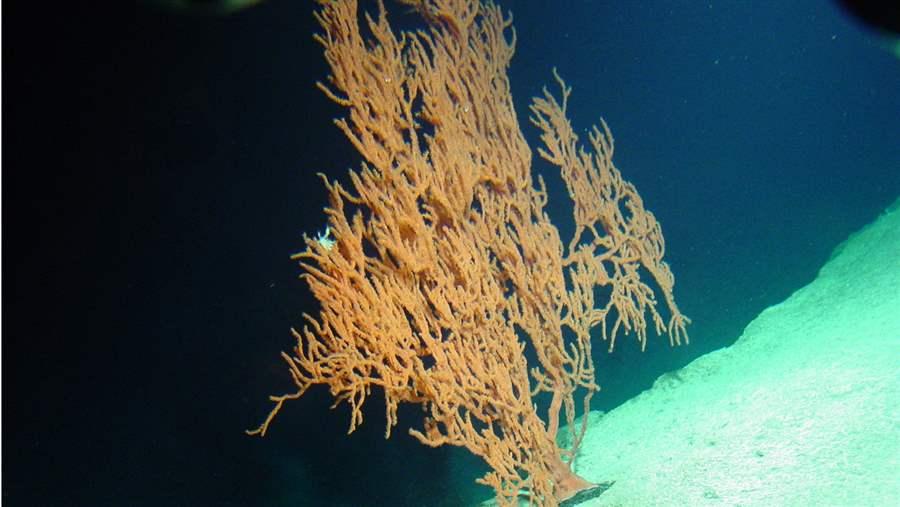 The waters of the Papahānaumokuākea Marine National Monument in Hawaii are home to one of the world’s oldest-known living organisms: a deep-water black coral estimated to be 4,265 years old—dating from around the time the ancient Egyptians were building the pyramids.

Beluga whales are ahead of their class 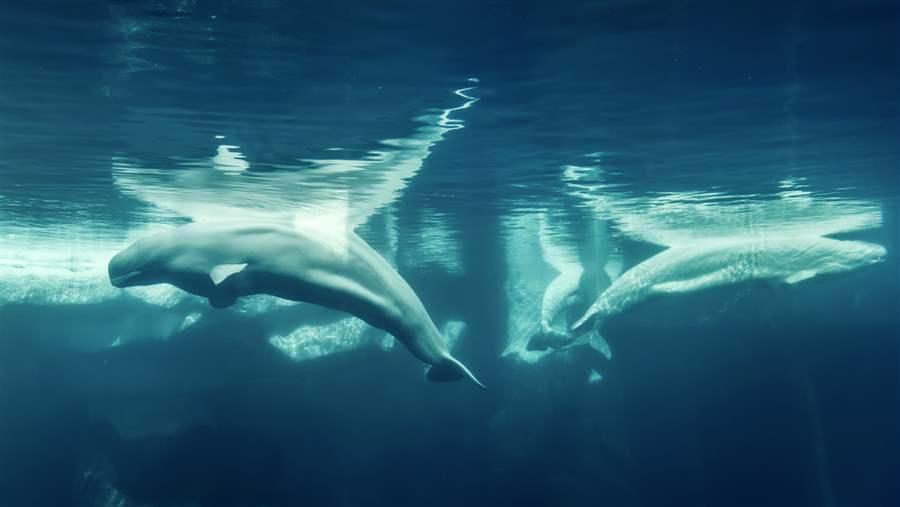 Beluga whales are one of the few cetaceans (a classification that includes whales, dolphins, and porpoises) that can turn their heads because their neck vertebrae are not fused.

The ‘monster fish’ off Florida 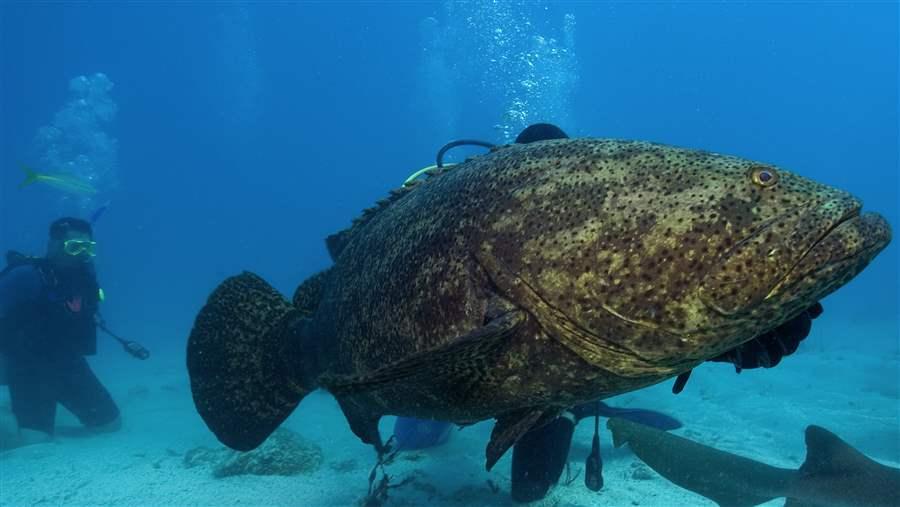 The goliath grouper can weigh up to 800 pounds and swallow an adult stingray whole. These behemoths were almost wiped out by severe overfishing in the 1990s but have made a strong comeback and are again found throughout Florida.