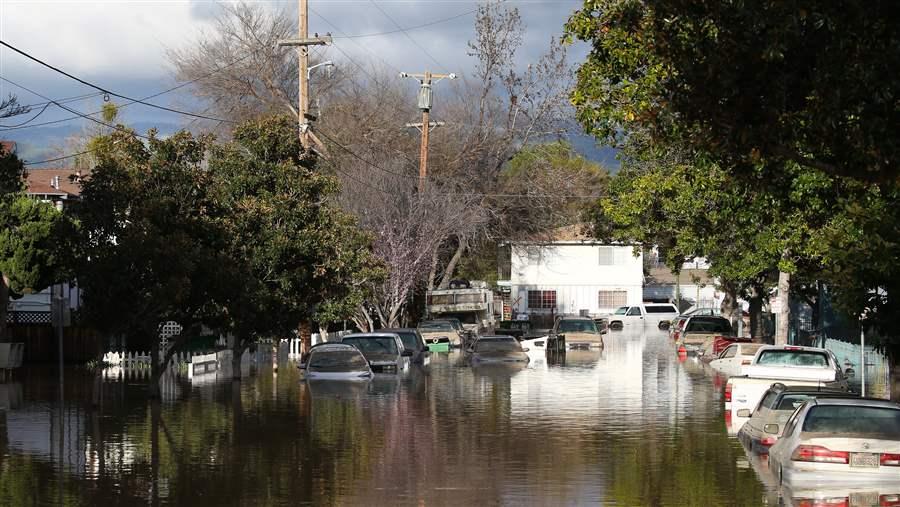 A flood inundates San Jose, California, in February 2017, forcing the evacuation of more than 10,000 people.

To help Americans better prepare for and respond to floods, Representatives Ed Royce (R-CA) and Earl Blumenauer (D-OR) today reintroduced bipartisan legislation that would require communities to take pre-emptive action to end the cycle of flooding and rebuilding and the resulting costs of recovery.

The Repeatedly Flooded Communities Preparation Act (H.R. 1558) would save taxpayers money and help communities better prepare for floods. It requires communities that participate in the National Flood Insurance Program (NFIP) and have high numbers of repeatedly flooded properties and infrastructure to develop plans to mitigate impacts in those hot spots rather than continually weathering the events and rebuilding at high cost to taxpayers.

Under the legislation, communities with more than 50 such properties would be required to:

Historically, repeatedly flooded properties have accounted for just 1 percent of NFIP policyholders but about 25 to 30 percent of flood claims. And the number of such properties continues to rise, according to Roy Wright, deputy associate administrator of the Federal Insurance and Mitigation Administration at the Federal Emergency Management Agency.

With the NFIP’s debt escalating to nearly $25 billion, the program cannot afford to continue to pay to rebuild structures time and again. Bringing new emphasis to reducing payouts to properties in areas that flood repeatedly will compel smarter planning and better decision-making about living and building in risky areas.

Laura Lightbody leads The Pew Charitable Trusts’ initiative to help communities reduce the effects of weather-related catastrophes on the U.S. economy and the environment through national policy reform.