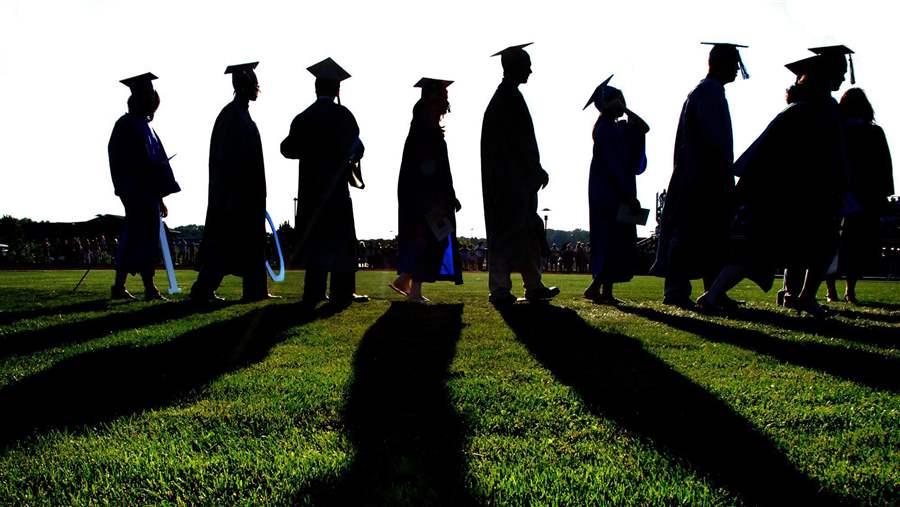 About a year ago, federal policymakers permanently extended the American opportunity tax credit (AOTC), the largest federal tax provision available to help offset the cost of higher education for students and their families. The AOTC had been part of the “tax extenders” package of temporary provisions that was periodically renewed but is now a fixed feature of tax law and has no requirement for congressional reconsideration or renewal.

Permanent tax provisions, like the AOTC, differ from spending programs, such as Pell Grants, that have similar goals related to higher education—such as increasing college affordability—and are revisited every year as part of the appropriations process. As noted in The Pew Charitable Trusts’ recent report exploring the full range of federal and state income tax provisions provided to students and families, understanding and periodically reviewing how spending and tax programs interact and fit within the larger system of support for higher education is important to ensuring that available funding is used as efficiently and effectively as possible.

The federal government provided nearly $80 billion, excluding loans, to support students pursuing higher education in 2014, according to Pew’s analysis of federal data. Of that, about $45 billion came via spending programs and roughly $35 billion was in the form of income tax provisions. However, despite the overlapping goals of these spending and tax programs, policymakers often consider them separately in budget and policymaking processes rather than as part of a coordinated strategy to support higher education objectives.

To better understand the similarities and differences of higher education spending and tax programs, Pew looked closely at two of the largest—the Pell Grant and the AOTC.

Both programs are meant to help individuals and families afford higher education, generally for undergraduate studies. Pell Grants provide need-based financial aid grants primarily to low-income students for tuition and course-related costs and living expenses. They are the largest source of federal spending for students, totaling about $30 billion in 2014. The AOTC, by contrast, is a tax credit and allows recipients to decrease their taxes owed to offset their higher education costs. Eligible filers may reduce their taxes by up to $2,500 a year per student for tuition and related expenses for the first four years of postsecondary education. The credit is by far the largest of the 11 higher education provisions for students and families in the federal income tax code, accounting for over $20 billion in forgone revenue in 2014, according to Pew’s analysis of federal data. Pell Grants and the AOTC can be used together to offset costs for an individual student, though the AOTC generally benefits households across a wider range of income levels than do Pell Grants.

Federal investment in these programs is significant and has grown sharply in recent years. (See Figure 1.)  Pell Grant funding rose dramatically around the time of the Great Recession, in large part because of policy changes that increased award amounts and expanded eligibility, as well as economic changes that caused more students to qualify for the program. At about the same time, replacement of the Hope scholarship tax credit with the broader AOTC contributed to steep growth in the costs of that provision. 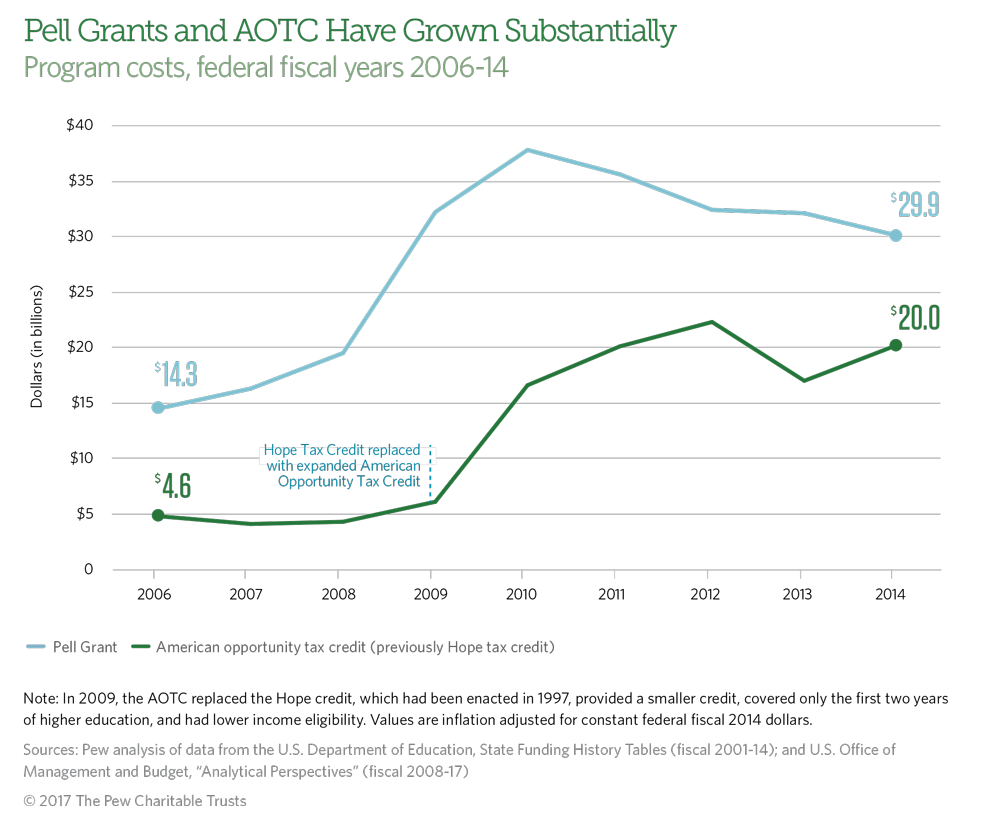 Despite their shared goals, the AOTC and Pell Grants are treated separately and in different ways in budgetary and policymaking processes:

Pew does not have a position on the level of funding for either program or whether either should be permanently or annually appropriated.

Phil Oliff is a manager, Mark Robyn is an officer, and Rebecca Thiess is a senior associate for The Pew Charitable Trusts’ research on fiscal federalism.