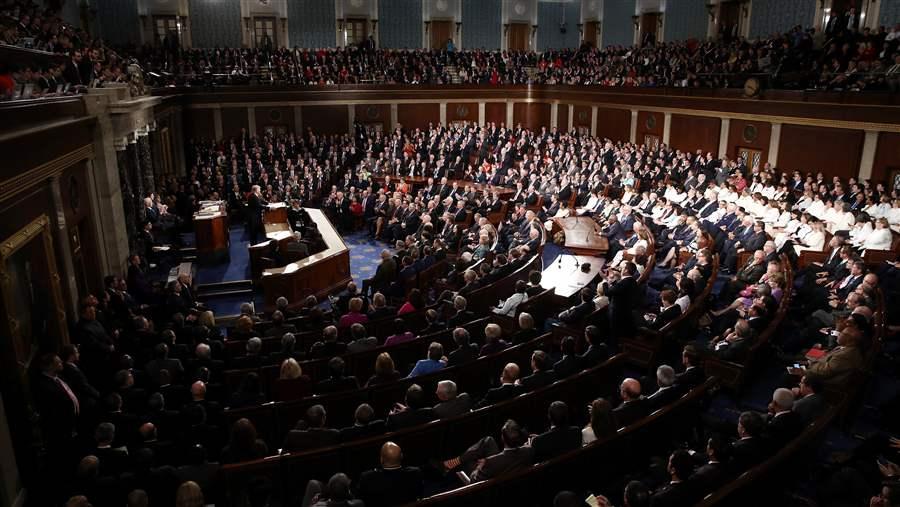 In his Feb. 28 address to Congress, President Donald Trump discussed his agenda and priorities for the coming year, which include efforts to boost wages and job opportunities for workers in the United States. As policymakers look forward, this moment presents an ideal opportunity to address the financial concerns that Americans face daily.

According to the U.S. Census Bureau, the median household income increased by 5.2 percent from 2014 to 2015, the first year-over-year increase since 2007. Despite an economy that has been strengthening in recent years, surveys by The Pew Charitable Trusts show many families still feel financially vulnerable: In 2014, for example, 57 percent of Americans reported that their households were not financially prepared for the unexpected. A third reported having no savings. 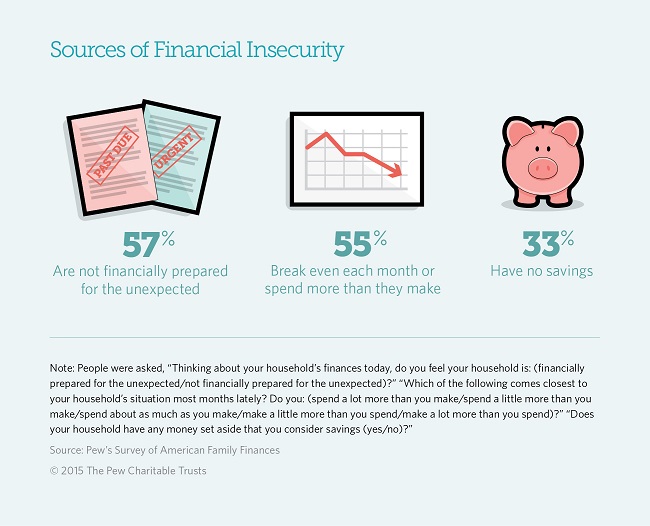 Moreover, households across the income ladder had less slack in their budgets in 2014 than a decade earlier, and many of those in the lower third had fallen into the red, with expenditures outpacing income. 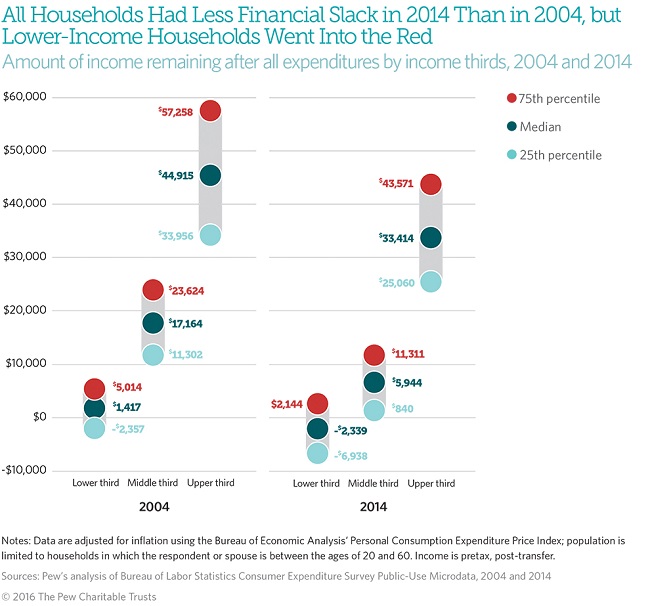 With households already struggling to make ends meet, income volatility—year-over-year fluctuations of 25 percent or more—places yet another burden on families. A Pew report to be published this month examines the impact of such income changes. These new data show that 34 percent of households experienced large swings in income between 2014 and 2015. Although the incidence and magnitude of the swings vary, income volatility proved common across demographic groups. And the fluctuations can be dramatic: The median household income gain was $20,500, while the median income loss was $25,000.

Not surprisingly, then, many families are unprepared to deal with financial emergencies, or shocks—expenses or lost income they do not anticipate, such as car or house repairs, a pay cut, or an illness or injury. And these events are often costly. The typical household spent $2,000, or about half a month’s income, on its most expensive financial shock in 2014. More than half of families that dealt with a financial shock said the most expensive one made it hard for them to make ends meet. 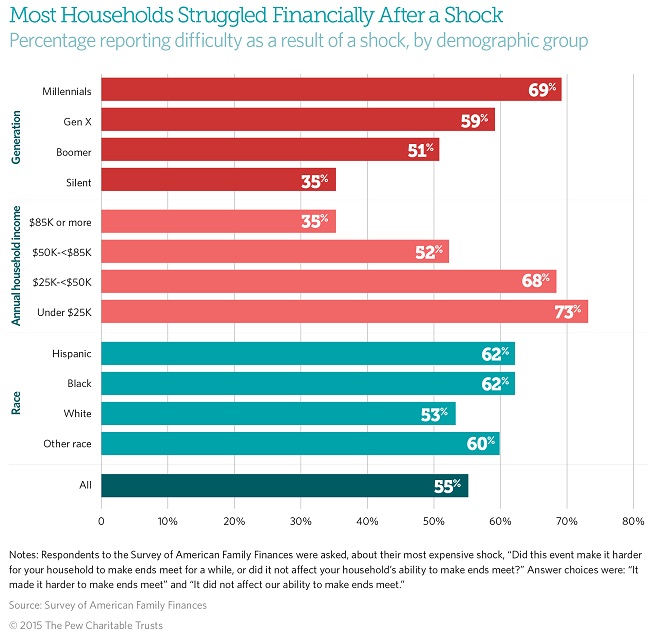 These shocks can leave households vulnerable to future setbacks as well. According to another forthcoming Pew report, households that experienced a financial shock in 2014 were more likely to face another one in 2015.

Increased savings may not be a silver bullet, but they can reduce the risk of instability from income volatility and financial shocks. Research shows that having a habit of saving is the strongest determinant of whether someone is financially healthy, regardless of income. In fact, low-income families that have some savings have more financial resiliency than middle-income households with no savings.

According to Pew data, Americans want to save more than they are able to—80 percent have lower savings than they say similar households should have—and Pew analyses have addressed the importance of helping families plan for the future. This research also provides insights for policymakers on actions that could encourage such planning. First, research shows that making savings automatic is one way to significantly increase emergency savings rates and levels. Families could also benefit from short-term savings products that provide flexibility rather than restrictions and penalties for withdrawals. Moreover, programs should promote growth in overall household savings, rather than in specific account types. Finally, giving consumers better tools to recognize the ebbs and flows of their finances may encourage them to build savings in times of surplus, providing a pool to draw on when money is tight.

Financial security is a concern that bridges the political and socioeconomic spectrums. Promoting policies that improve families’ ability to weather economic storms puts the country on a more stable financial path—for this generation and for the one to come.

Sarah Sattelmeyer is an associate manager and Sheida Elmi is a senior associate with The Pew Charitable Trusts’ financial security and mobility project.