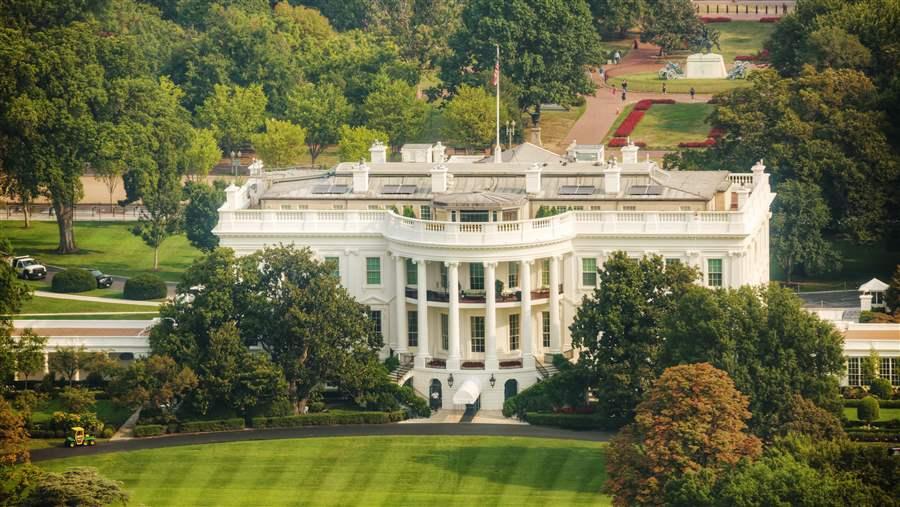 The White House and its adjacent President’s Park need millions of dollars’ worth of repairs.

The National Park Service (NPS) has waived fees at all its sites on Presidents Day, providing added incentive for all of us to get out and explore the system’s natural, historic, and cultural treasures on Feb. 20.

Visitors’ experiences may be marred, however, by Congress’ failure to provide adequate funding for needed repairs across the park system over the past decade. As a result, the problems have gone unaddressed, often leading to greater damage that becomes more costly to fix. Today we focus on the backlog of repairs at some of the more than three dozen sites that help document the legacy of U.S. presidents—a group of properties with overdue repairs that total close to $1 billion. (Deferred maintenance amounts reflect NPS’ fiscal year 2015 estimates, the latest figures available.)

Let’s start with a familiar site.

It has been the address of 44 presidents, with all but George Washington calling 1600 Pennsylvania Ave. home. NPS oversees the management of the White House and its adjacent grounds and says the needed repairs include one that is critical to “ensuring the health and safety of residents, employees, and visitors to the White House.”

Memorials and monuments on the grounds account for $3.6 million in deferred maintenance. The First Division Monument, which sits in President’s Park in honor of members of the eponymous U.S. Army unit who fought in World War I and later wars, needs $1.8 million in repairs. The monument was completed in 1921 by Daniel Chester French, who is best known for his Abraham Lincoln statue in the Lincoln Memorial. 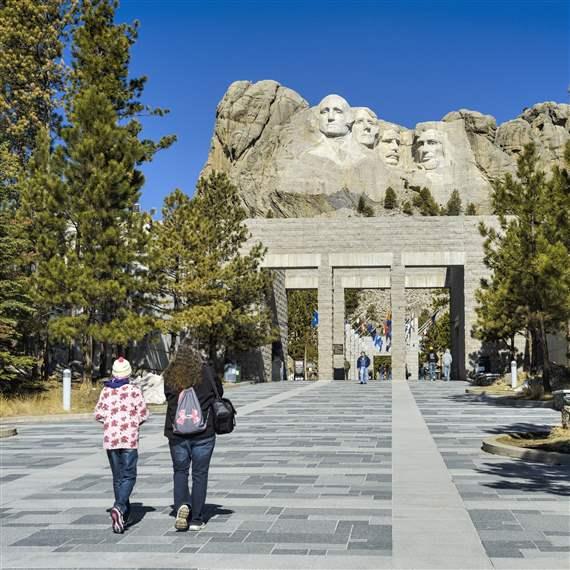 Four presidents are honored at Mount Rushmore, where the historic home and studio of the memorial’s sculptor need infrastructure repairs.

Four presidents are honored at Mount Rushmore, where the historic home and studio of the memorial’s sculptor need infrastructure repairs.

This majestic memorial in the Black Hills of South Dakota draws almost 3 million visitors a year who come to see its four permanent residents: the busts of George Washington, Thomas Jefferson, Theodore Roosevelt, and Abraham Lincoln carved into the side of a mountain.

In some places, the walkway leading up to the vista is in disrepair, with seeping water causing pavers to move and creating tripping hazards for pedestrians. Sections of the walkway slopes also need adjustments to meet requirements of the Americans With Disabilities Act. And the residence and studio of sculptor Gutzon Borglum, who created the busts, need significant repairs. 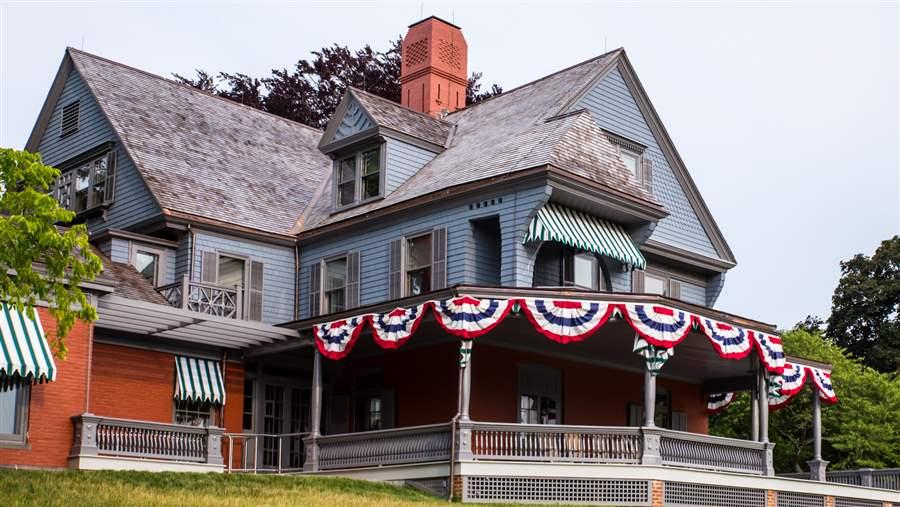 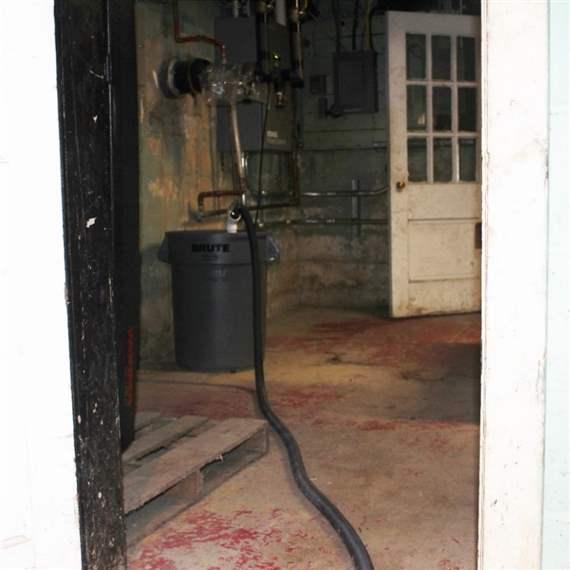 This makeshift pump system has been installed in the foreman’s cottage on the Sagamore Hill grounds to drain the basement when it floods.

Several NPS sites honor the legacy of the man who inspired the creation of the national parks. Theodore Roosevelt’s favorite place was said to be Sagamore Hill, the Long Island home that became known as the summer White House during his term as the 26th president of the United States.

The site recently underwent a major renovation to address needed repairs, but some of the overdue fixes couldn’t be made because the agency lacked the funding to complete the project. The foreman’s cottage and garage, the only maintenance facility for the park, needs major repair, including asbestos removal and foundation work to stop recurring basement flooding. The barn on the site, which Roosevelt’s wife, Edith, made into housing for her staff and now serves as living quarters for seasonal summer rangers, also has a long list of repair needs, including a new roof, exterior painting, winterization of windows, and structural fixes to the porch. 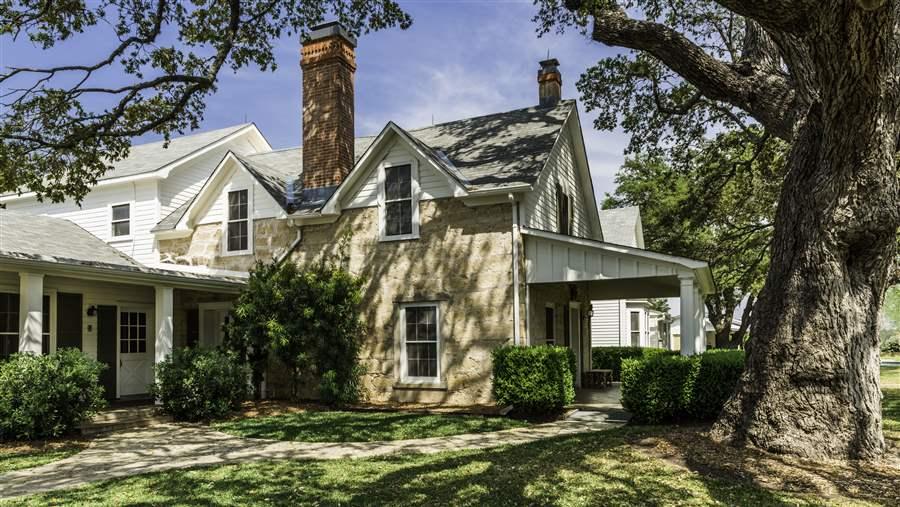 The roads leading to the historic landscape near the LBJ Ranch House—once called the Texas White House—need repair.

This park chronicles the life of the 36th president, who was born, lived, and died there. The grounds stretch over two distinct areas, which are separated by 14 miles and include a visitor center, the president’s boyhood home, Sam Johnson Sr.'s cabin (the president’s grandfather), and the Texas White House, where the president hosted leaders from around the world.

The $5 million in deferred maintenance includes work on roofs, upgrades to heating and air conditioning, plumbing, and electrical systems, and resurfacing of much of the six miles of paved roads within park grounds. About half of the buildings on the site are considered historic.

The deferred maintenance at these presidential sites represents just a sliver of the nearly $12 billion needed throughout the NPS. It is time for the White House and Congress to invest in park infrastructure to ensure that America’s national parks meet basic safety and comfort standards for generations to come.

Show Our National Parks Some Love

For hundreds of years, Valentine&rsquo;s Day has been a time to show people you care about how much you love them. This year, let&rsquo;s extend that sentiment to our national parks by encouraging Congress to provide funding to restore those treasured natural, cultural, and historic sites and address their overdue repairs.

The iconic Grand Canyon is a staggering 18 miles wide and a mile deep. It is recognized worldwide for its immense size and spectacularly colorful landscape. Located in northern Arizona, the Grand Canyon is geologically significant because its layers of ancient rocks, exposed over millions of years by the force of the Colorado River, reveal a record of the Earth's history.