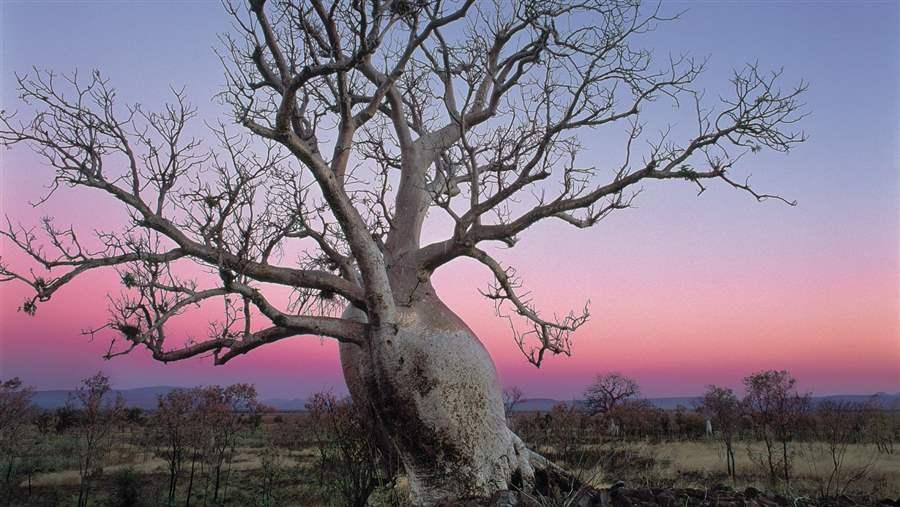 A boab tree, endemic to the north-western region of Australia’s Outback, stands at Parry Lagoons Nature Reserve in Western Australia late in the dry season. The boab and other endemic species have adapted to the cyclical periods of extremely wet and dry weather in the country’s far north.

The Outback is one of the world’s last remaining wild places. It’s the beating heart of Australia, a vast country with a population heavily concentrated along its coastal fringe.

A region of huge natural diversity, the Outback makes up over 70 percent of the continent, stretching from the tropical north, through Central Australia’s red, sandy deserts, and on to woodlands listed as global biodioversity hotpsots because they harbor some of the broadest ranges of plant and animal species on Earth.

The waters off the Kimberley in the country’s north-west provide a haven for sharks, dolphins, turtles, and whales. Nine of every 10 marine species found in the waters along the country’s south-western coast, including the Australian sea lion, live only there. The Coral Sea, off the country’s north-east, is one of the world’s last refuges for large pelagic fish such as tuna and billfish.

But the Outback is facing threats. Invasive animals and noxious weeds have spread across the region, pushing many native species to near-extinction levels. Uncontrolled fires can burn entire landscapes and threaten native plants, animals, and people. And rampant development and resource extraction are scarring the land and diminishing habitat for flora and fauna.

The following photos showcase the Outback’s landscapes, animals, and plant life as well as its most valuable asset—the people who live there. 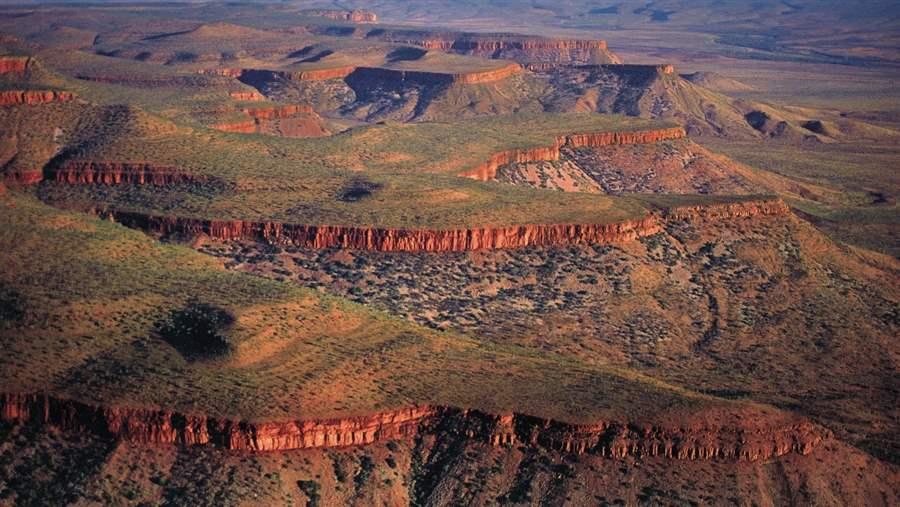 The sandstone escarpments of the Cockburn Range in the remote Kimberley region, in far north-western Western Australia, display the rich colours typical of the Outback’s vast landscapes. 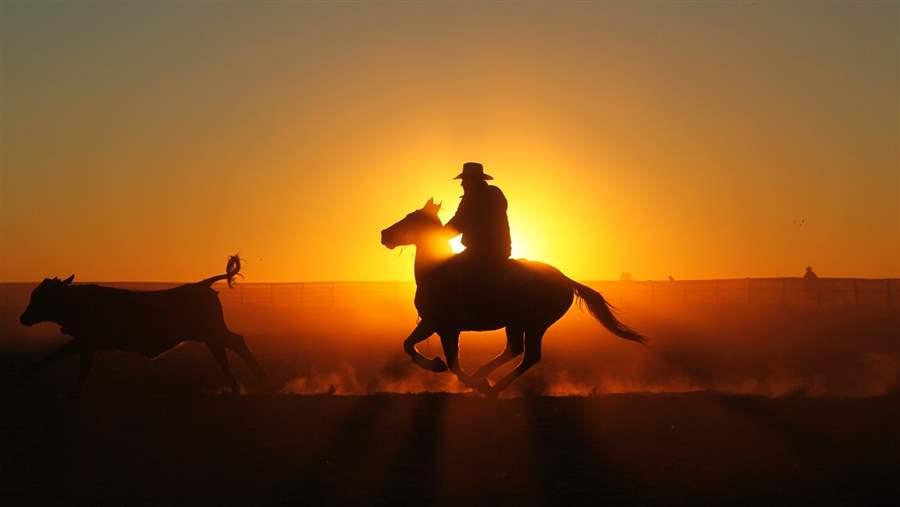 A man on horseback takes part in a ‘campdrafting’ event at the Brunette Downs Races held on the Barkly Tablelands in the Northern Territory, also known as Australia’s ‘top end.’ Campdrafting is a sport unique to the Outback, and it involves a rider working cattle in a style similar to cattle mustering or ranch sorting in the American West. 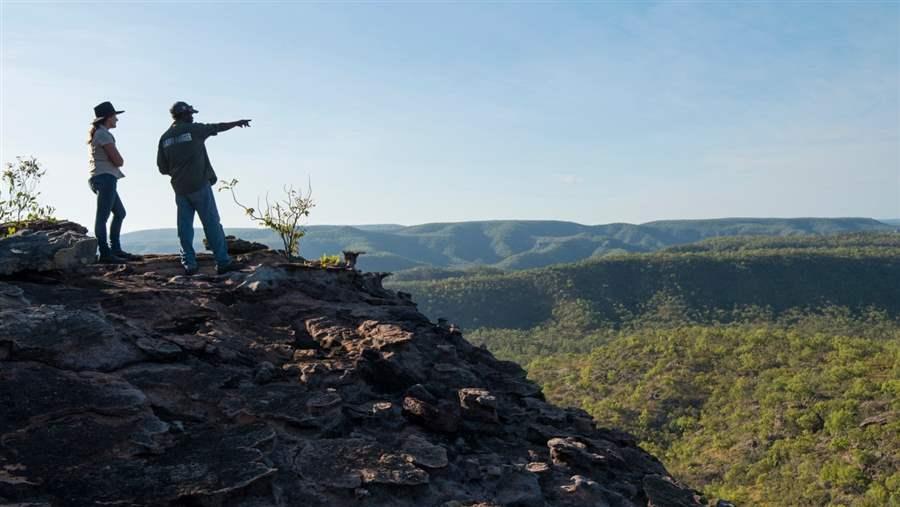 Lyndal Scobell of Cape York Natural Resource Management (left) and Roderick Doughboy, a Laura Land and Sea Ranger, discuss land management issues on the escarpments of the Kennedy Valley in Outback Queensland. Fewer people are managing many areas of the Outback than at any other time in the past 50,000 years. Without people managing the land, uncontrolled fires can devastate native species, driving them toward local extinction and leaving the natural environment unable to regenerate to a healthy state. 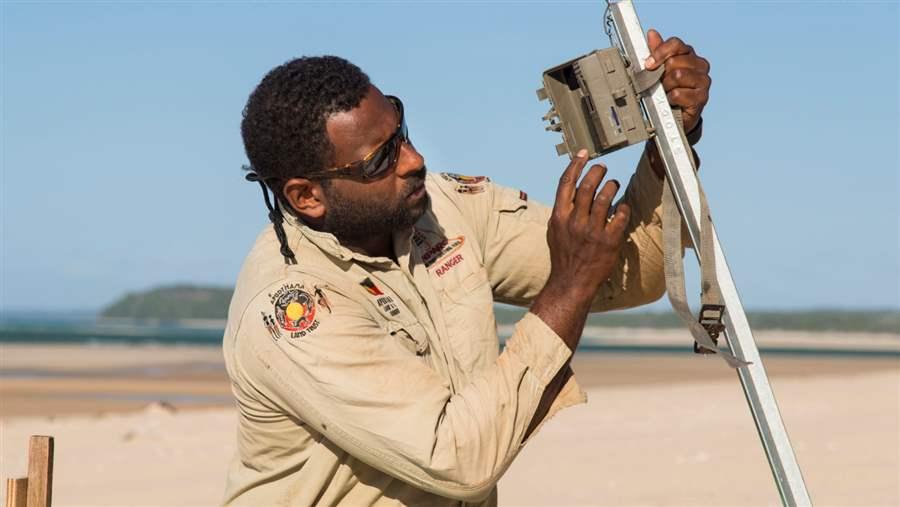 A member of the Apudthama Land and Sea Rangers checks monitoring cameras at a remote turtle breeding site. The group helped found the Western Cape Turtle Threat Abatement Alliance, a pact among Indigenous organisations to protect sea turtles along the western coast of Cape York in Far North Queensland. By combining traditional techniques with modern methods and technology, Indigenous Rangers are managing the Outback, offering hope for the future of this great region of nature. 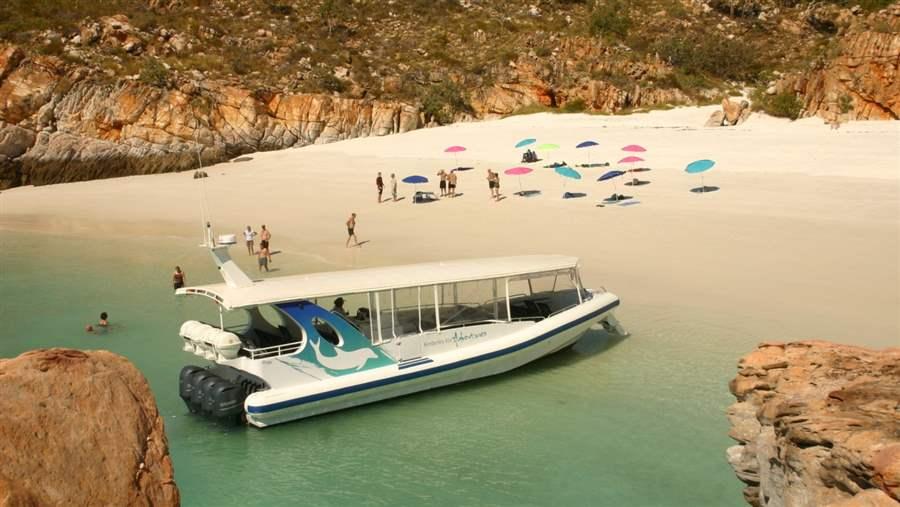 Tourists enjoy the sunshine and pristine waters of the Buccaneer Archipelago in the Kimberley region of Western Australia. Tourism is an important industry in Australia’s Outback, generating jobs and economic stability for many remote communities, and encouraging an appreciation and respect for the environment among those who visit. 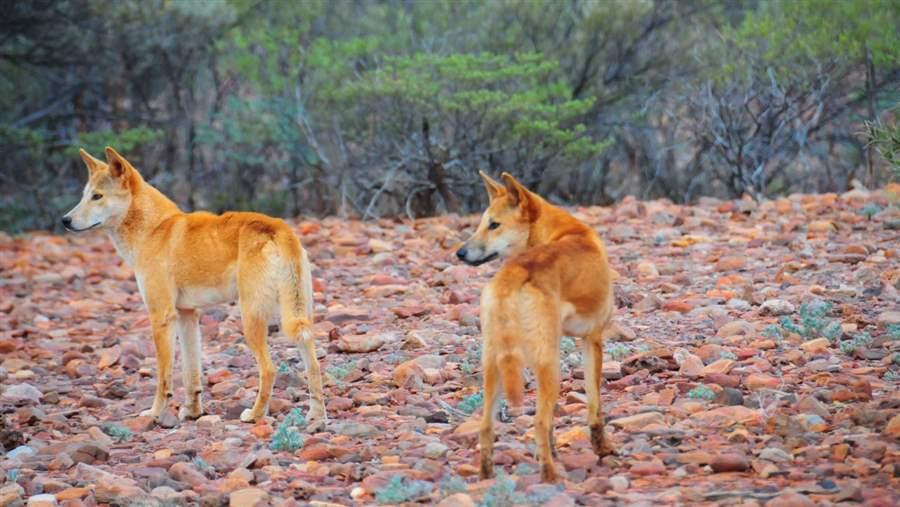 Something catches the attention of two dingoes near Mount Augustus in Outback Western Australia. The dingo, Australia’s wild dog, preys on a variety of native and introduced species, helping to keep them in check. Dingoes can grow to 2 feet tall and weigh over 45 pounds. 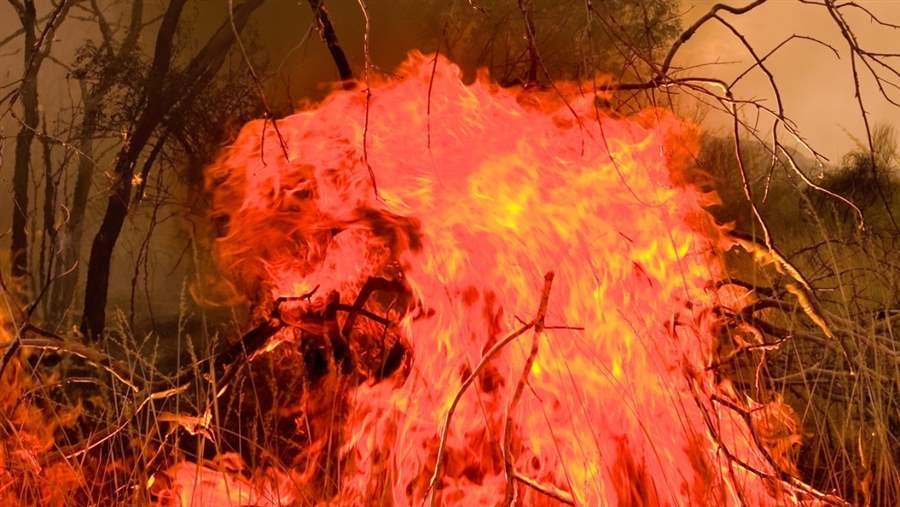 Fire engulfs a Spinifex bush in the Australian Outback. Wildfires are common in the Outback and help keep the ecosystem healthy. But if they burn out of control, fires can devastate whole landscapes along with the animals and people living there. 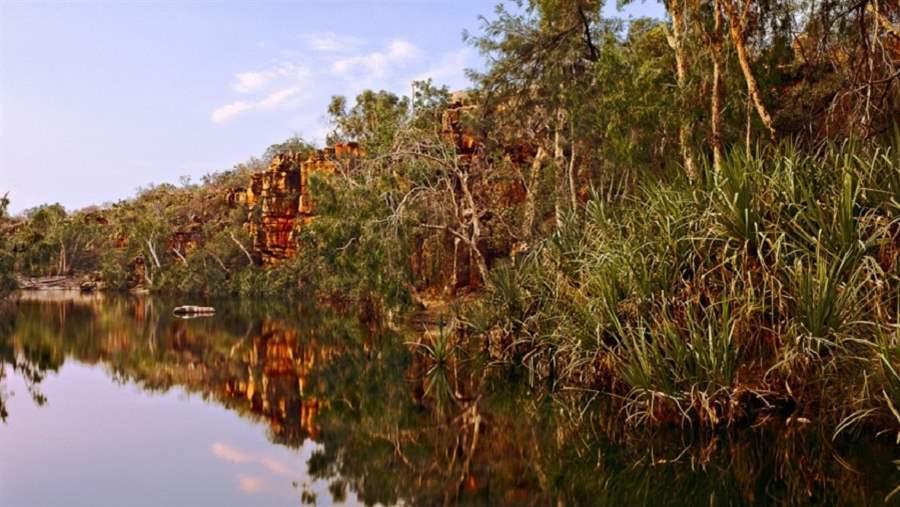 The Barnett River Gorge, one of remote Western Australia’s many waterways, in the stillness of dawn.

Australia is home to some of the planet’s most wild natural environments. The Outback, for example, is a region of stark contrasts, alternately lush and inhospitable, that supports people, jobs, and economies as well as a landscape rich in biodiversity, with some of the world’s most unusual plants and animals.