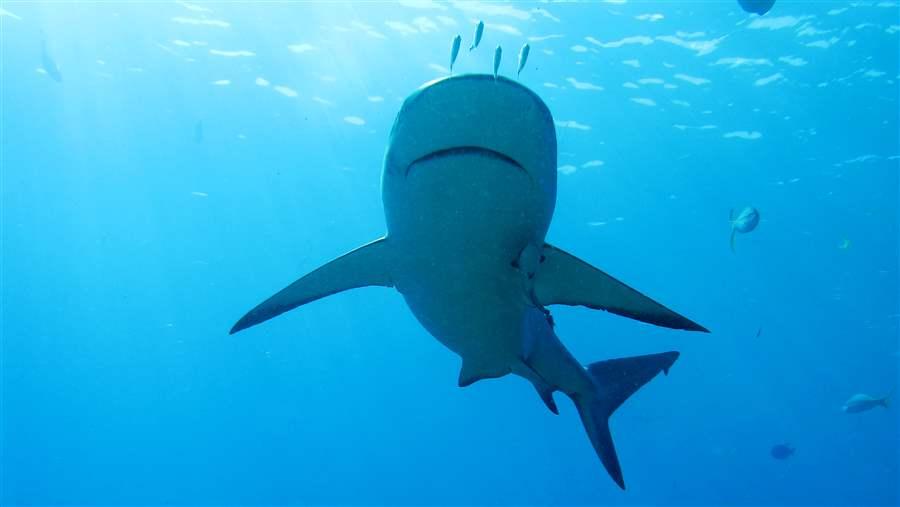 Caribbean reef sharks are a big draw for scuba divers in The Bahamas.

A recent study published in the journal Biological Conservation has found that sharks and rays contributed US$114 million to the Bahamian economy in 2014, with 99 percent of this value generated by the shark and ray tourism sector. The new research contributes to a growing recognition that shark conservation provides significant economic benefits in addition to critical conservation value.

The study was spearheaded by Edward Brooks, Ph.D., and led by research associate Andrea Haas of the Cape Eleuthera Institute, and assisted by Tony Fedler, Ph.D., of the University of Florida. According to the study, 19,000 divers—or 43 percent of all dive tourists visiting The Bahamas—came primarily to see sharks. Recreational shark divers spent $49 million, which went on to circulate through the national economy and ultimately contributed $109 million to The Bahamas.

This is the first study to estimate the full economic impact of shark-related activities in The Bahamas, and it suggests that the country hosts the world’s largest shark diving economy.

“Although we’ve long understood [that] sharks are important to The Bahamas’ economy, quantifying this was a critical step to assessing the value of the nation’s conservation measures,” Brooks said.

The Bahamas has a long history of protecting its shark populations. In the early 1990s, the country banned longline fishing—a primary driver of the nonintentional catching of sharks—and in 2011 declared its entire exclusive economic zone a shark sanctuary. That ended all commercial shark fishing in Bahamian waters and included a ban on the trade, sale, and possession of sharks and shark parts.

The research results are in keeping with other studies that demonstrate the high economic value of sharks, including some showing that sharks are worth more alive than dead. The study also could catalyze other governments in the region and globally into action to protect these critically important species. 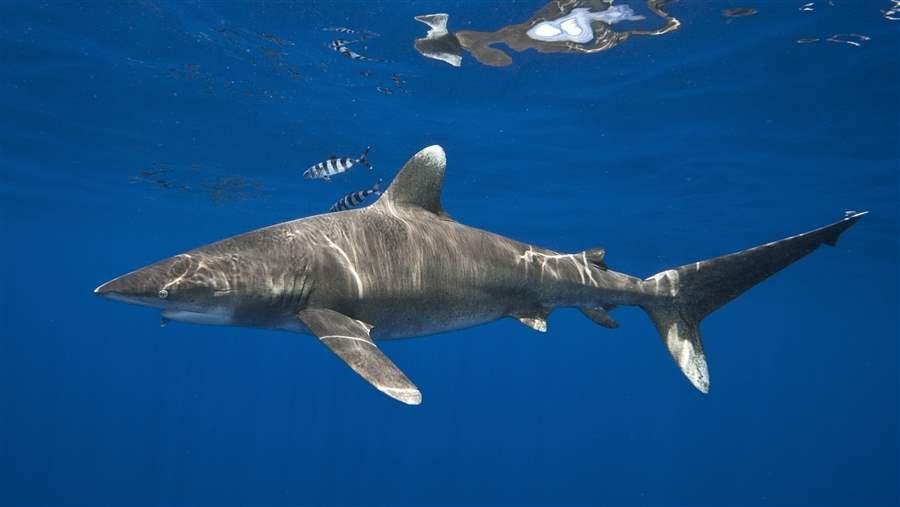 Divers from around the world are drawn to The Bahamas to witness migratory species, such as the great hammerhead (left) and oceanic whitetip sharks.

Highly migratory shark species, including the great hammerhead, tiger, and oceanic whitetip, are extremely sought after by divers. These species are protected in The Bahamas but lose that status as they swim outside of the country’s waters—further highlighting the importance of international and regional conservation efforts to protect highly migratory sharks in the Caribbean.

The study was supported by The Pew Charitable Trusts, which works with scientists to inform the organization’s conservation objectives.