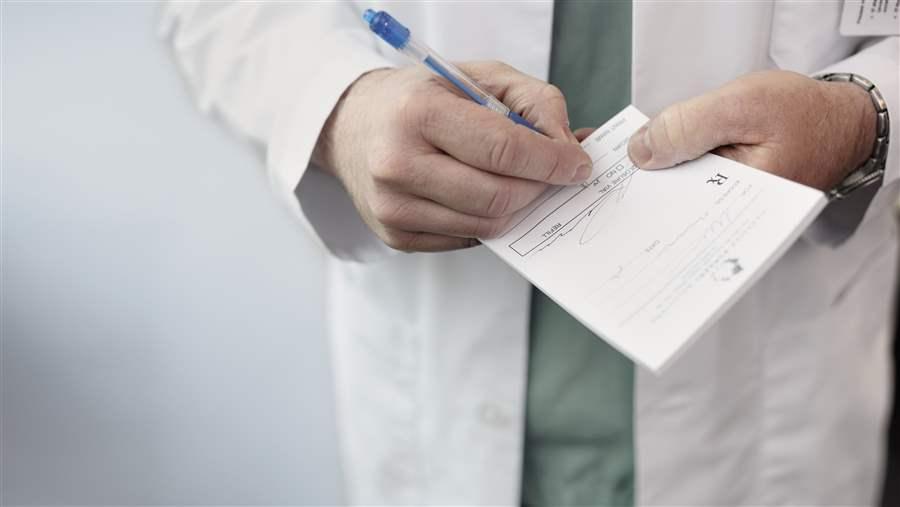 On Dec. 28, 2016, the U.S. Food and Drug Administration (FDA) finalized a guidance document interpreting provisions of federal law that govern compounded medications—customized drugs made by pharmacists or physicians rather than pharmaceutical manufacturers.1 “Prescription Requirement Under Section 503A of the Federal Food, Drug, and Cosmetic Act” clarifies the law’s requirement that traditional compounders dispense compounded products only upon receipt of a valid prescription, an important mechanism to protect public health.

Compounded medications serve an important role in medical care. However, because they are not subject to FDA’s approval process and manufacturing quality standards, they also present a higher level of risk for patients than manufactured drugs. Under a federal law passed in 2013, drugs can be compounded by two types of facilities. Traditional compounders, which are licensed and regulated primarily by states, are typically pharmacies or physicians’ offices that produce drugs in community practice or hospital settings. They are subject to the requirements in a section of the federal Food, Drug, and Cosmetic Act known as 503A. In contrast, outsourcing facilities can produce stock supplies of compounded drugs for health care providers’ offices and are subject to more robust quality standards, product labeling requirements, and adverse events reporting. They are regulated under Section 503B of the act.

Because outsourcing facilities can produce and distribute drugs without a prescription while traditional compounders cannot, FDA calls the prescription requirement a “critical mechanism” for distinguishing traditional compounders from drugmakers that must comply with higher manufacturing standards. The final guidance document retains many of the key provisions of the April 2016 draft document—which Pew commented on both independently and jointly with other organizations2—but there are important differences.

Provisions to guide compounders include:

Contamination of compounded products has resulted in numerous illnesses and deaths in the United States in recent years.3 Compounded drugs must be made under the quality standards appropriate to the type of compounding being performed in order to safeguard public health. FDA’s final prescription requirement guidance is an important step for minimizing these risks in the future.

U.S. Illnesses and Deaths Tied to Compounded or Repackaged Medications

Pew’s drug safety project has identified 73 reported compounding errors or potential errors associated with more than 1,562 adverse events, including at least 116 deaths, from 2001 to 2019. However, a 2015 survey found that only 30 percent of states (13 of the 43 that responded) require sterile compounding pharmacies to report serious adverse events.

The U.S. Food and Drug Administration (FDA) issued three draft guidance documents in April on implementation of the Drug Quality and Security Act (DQSA), a 2013 law governing the production of compounded drugs&mdash;medications made by pharmacies instead of drug manufacturers.