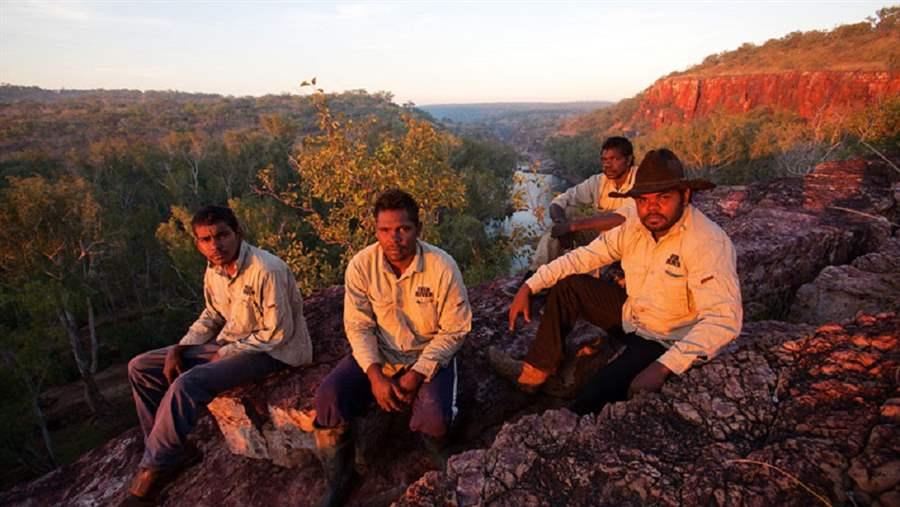 In Australia’s rugged and remote Outback, a program that employs Indigenous Rangers to care for vast areas of land has become a remarkable success story. Under the Federal Government’s Indigenous Ranger and Indigenous Protected Area (IPA) programs, rangers are rising from often extreme social and economic disadvantage to help ensure that tens of millions of hectares of Outback lands are not overrun by invasive plants and animals.

These programs are yielding significant environmental, social, and economic benefits, according to a new report from the Australian Productivity Commission. In little more than a decade, rangers have transformed many remote communities, creating healthier lives and generating pride and hope for a brighter future for Indigenous people.

Today, around 2 600 people are employed as Indigenous Rangers across Australia, and more than 70 IPAs cover 65 million hectares (over 250 000 square miles) of Outback landscapes.

Recognition of such success underlines the opportunity now before the Federal Government to aim high and significantly boost ranger numbers and expand its program of IPAs so that many more Indigenous communities and individuals can benefit.

The commission, which analysed over 1 000 programs, singled out the Indigenous Ranger program for its success in providing genuine employment opportunities and other flow-on benefits, particularly for remote communities.

Under the programs, Indigenous Australians manage land and sea areas to control threats such as wildfires, exotic weeds, and feral animals in the Outback. They protect these places, plants, and animals with a combination of ancient local cultural knowledge and contemporary scientific methods.

The report, “Overcoming Indigenous Disadvantage: Key Indicators 2016,” confirms earlier research that showed Indigenous Rangers and Protected Areas deliver a broad suite of benefits to those employed, their communities, and the government.

Between 2009 and 2015, a government investment of AU$35.2 million in just four IPAs and associated ranger jobs has generated social, economic, cultural, and environmental outcomes worth $96.5 million, according to the analysis, which was commissioned by the Office of Prime Minister and Cabinet. Aside from the direct value of the jobs provided, benefits to the government include skills development and increased engagement in the workforce, reduced income support payments, increased income tax, and reduced violence in communities, according to rangers and community members cited in the report.

That almost 3-to-1 return on investment suggests that boosting investment in the Indigenous programs would lead to even greater benefits for Indigenous people and the nation’s shared natural heritage.

After more than a decade of consistent success, the Indigenous Ranger and IPA programs are producing results that few other federal or state initiatives in Indigenous policy have been able to deliver.

In a November interview on the prominent Australian current affairs television program The Project, Terrah Guymala, a senior Indigenous Ranger from the Warddeken IPA, said: “People need country, and country needs people. You know, because country looks after us, and we look after country.”

However, the report also highlights an urgent need to significantly improve the health and wellbeing of Indigenous Australians and concludes that unreliable, short-term funding schemes and excessive red tape prevent many programs from achieving their full potential. Many programs for Aboriginal and Torres Strait Islander Australians, for example, “are funded as short-term pilots with no guaranteed continuity. Several successful programs … no longer exist, because government support has been withdrawn,” the report says. It also concludes that many organisations charged with carrying out the programs work on multiple short-term government contracts that increase red tape and make it hard to expand the initiatives or ensure that they have a future.

With its Indigenous partners, The Pew Charitable Trusts has championed rangers through the Country Needs People campaign, which runs across Australia, and the Create Ranger Parks campaign in Western Australia.

Although the government programs will not surmount every challenge facing Indigenous Australians, the initiatives are helping people on numerous fronts, the report found. For example, rangers with the Yiriman Project in the Kimberley region of Western Australia take young people and elders on trips back to their ancestral lands, “to immerse them in the stories, song and knowledge that are their cultural heritage,” the authors wrote. “This builds young people’s confidence and improves their self-worth, and is considered to have helped curb suicide, self-harm and substance abuse in the participating communities.”

This conclusion echoes many statements from Indigenous Australians, including Traditional Owner Phil Rist, executive officer of Girringun Aboriginal Corp., who said: “All the rangers have had a tough background in one way or another. We said to them, ‘Whoever you are, come and work with us.’ Just having a job helps. It is something to do … something meaningful. That’s the best medicine.”

Bundjalang elder and Indigenous mentor Andrew Johnson perhaps best described the deep benefits of working with Indigenous Rangers on his traditional lands at Minyumai IPA. “When I see the young people on Minyumai, it makes me smile. I feel inspired by them.”