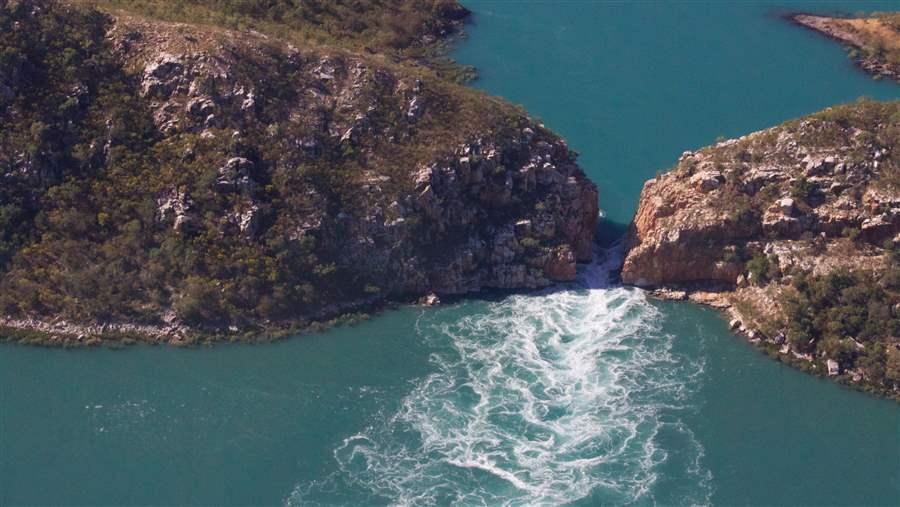 The Outback has a new icon, joining Uluru (or Ayers Rock), Kakadu National Park and the Daintree Rainforest: The newly announced North Kimberley Marine Park, off the coast of Western Australia, completes a network of protected areas that will be known as the Great Kimberley Marine Park.

The creation of the North Kimberley Marine Park, Western Australia’s largest, was announced by the Western Australian government on 17 December. Local Aboriginal landowners will work with the state government to protect close to 19,000 square kilometres (7,336 square miles) of unspoilt waters on the remote Kimberley coast. With this, the fifth of the marine park sections along the Kimberley coast, the vision of the Great Kimberley Marine Park becomes a reality.

The ancient and awe-inspiring Kimberley coastline, which boasts the largest humpback whale population on Earth, already attracts tens of thousands of visitors from across the globe every year. Now, over two-thirds of the coastal waters in the Kimberley will be managed for conservation within the Great Kimberley Marine Park. 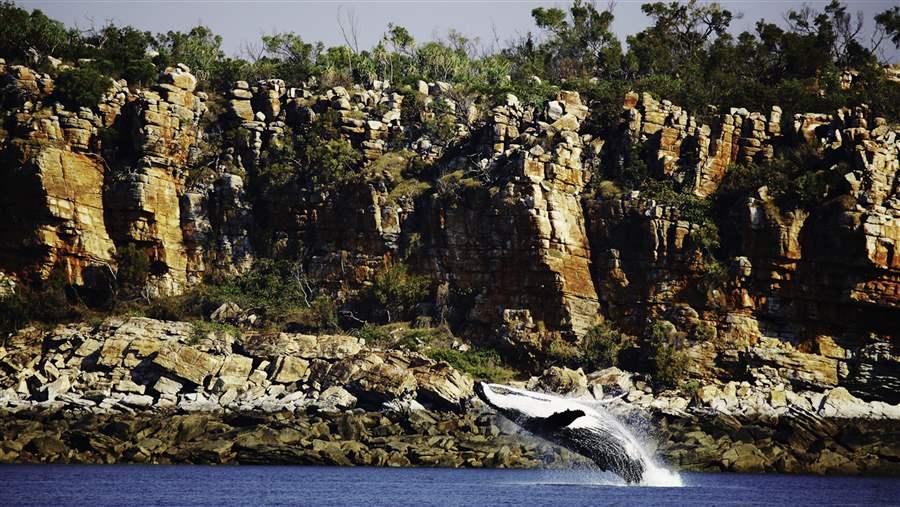 A humpback whale breaches on the Kimberley coast in the far north of Western Australia, home to the world’s largest population of the majestic cetaceans.

Together with local conservation organisation Environs Kimberley, The Pew Charitable Trusts worked to secure and implement this network of marine protected areas in the Kimberley. Since Pew began working to conserve Western Australia’s marine environment in 2008, the stretch of water under protection in the state has increased by more than 200 per cent, from 15,000 square kilometres to almost 50,000 square kilometres.

The new North Kimberley Marine Park includes coral reefs, mangrove-lined creeks and bays, and sandy beaches that are home to a variety of marine species, including snubfin dolphins, dugongs, whales, dolphins, sawfish and turtles. Importantly, ‘no-take’ sanctuary zones in which no fishing can occur cover almost 20 per cent of the park, including Long Reef and Cape Londonderry. In other zones fishing is allowed, but destructive fishing practices such as bottom trawling and gillnetting are restricted.

Reflecting a government commitment to pursue a new model of conservation in Western Australia—one that actively engages Aboriginal landowners—the marine park will be jointly managed by the Balanggarra people and the state government.

Negotiations are under way between representatives of the state government and Aboriginal landowner groups to settle a few outstanding issues, with the expectation of the marine park becoming operational following the state elections in March.

The delivery of a fifth marine park in the Kimberley is a major achievement, and Pew congratulates the Western Australian government for its dedication to creating a lasting legacy for nature in the Kimberley and the people who depend on it.