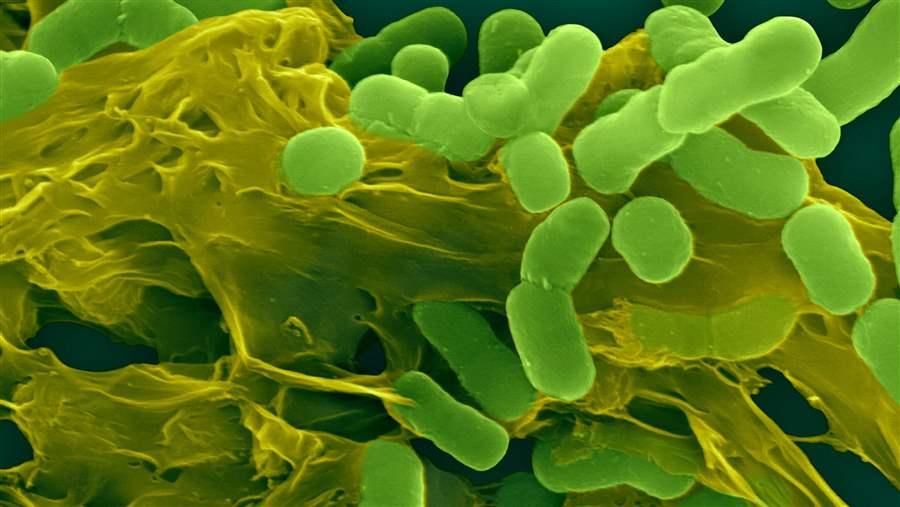 The types of research projects that will be funded by NIAID are essential for understanding how to attack Gram-negative bacteria—an area that has stymied scientists working to develop new antibiotics for resistant infections.

The National Institute of Allergy and Infectious Diseases (NIAID), part of the National Institutes of Health (NIH), has recently announced a new funding opportunity for milestone-driven research aimed at advancing the discovery of urgently needed antibiotics by systematically tackling key scientific questions.

NIAID’s funding will focus on the development of innovative research tools to help scientists find and design new antibiotics that can defeat three of the most dangerous Gram-negative pathogens: carbapenem-resistant Enterobacteriaceae, multidrug-resistant (MDR) Acinetobacter, and MDR Pseudomonas aeruginosa. These bacteria cause difficult, sometimes impossible-to-treat, drug-resistant infections, due in part to their gantlet of natural defenses that few existing antibiotics can overcome. 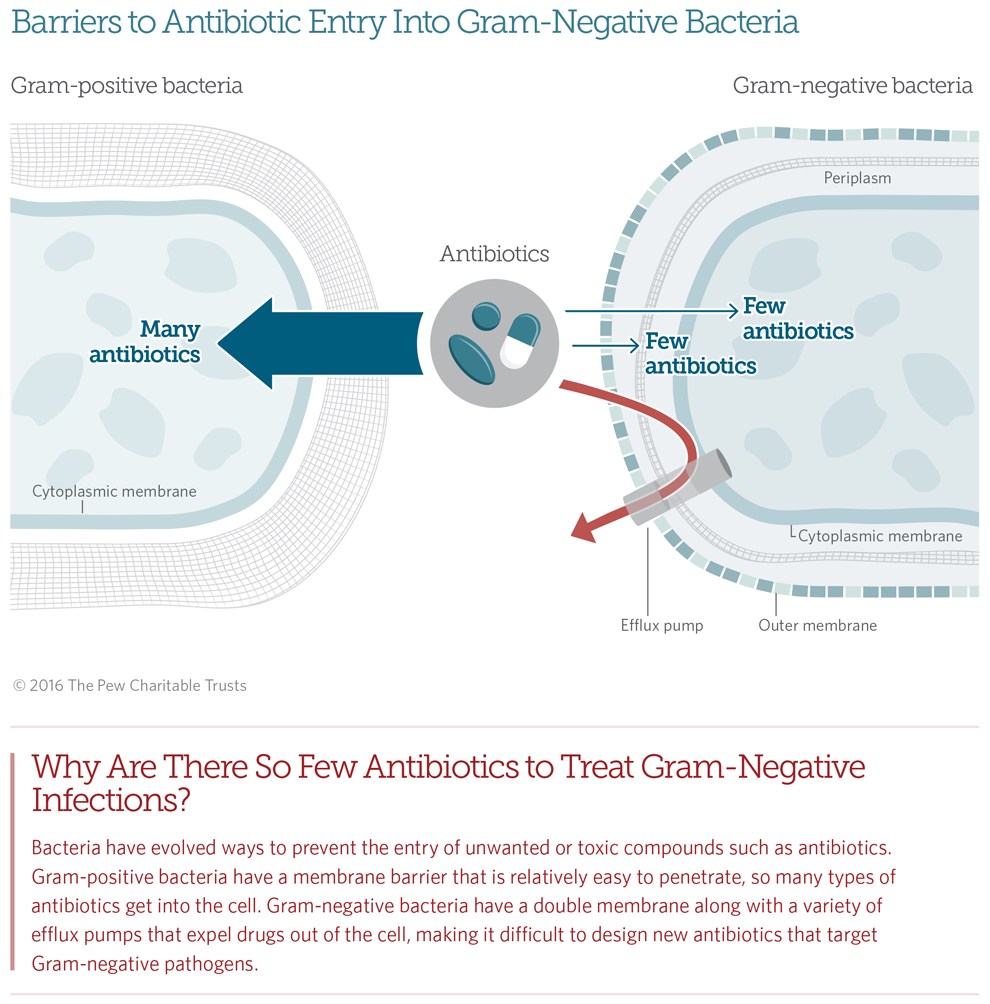 The types of research projects that will be funded by NIAID are essential for understanding how to attack Gram-negative bacteria—an area that has stymied scientists working to develop new antibiotics for resistant infections. This gap in knowledge is one of the long-standing challenges at the root of a more than 30-year drought in successful antibiotic drug discovery and is a priority area for action identified in The Pew Charitable Trusts’ A Scientific Roadmap for Antibiotic Discovery.

NIAID will accept grant proposals through May and intends to commit $9 million to fund 10 to 15 awards in fiscal year 2018. Eligible research projects must be milestone-driven to ensure that they are conducted within a practical framework and focused on real-world implications. Given the complexity of the challenge, NIAID encourages applications from multidisciplinary teams of scientists and collaboration between academic and industry partners. This approach has been highlighted in Pew’s roadmap, as well as by leaders in the field, as critical for the success of any effort to facilitate discovery of urgently needed new antibiotics.

In recent decades, the discovery and development of new antibiotics have slowed dramatically, due in large part to scientific barriers, such as the difficulty of finding and designing antibiotics that can enter and stay inside of Gram-negative bacteria. At the same time, the emergence of antibiotic-resistant pathogens has accelerated, giving rise to life-threatening infections that do not respond to available antibiotic treatment. Without new antibiotics, millions of people could succumb to infections that once were treatable. And the medical procedures that we take for granted—including routine surgeries and organ transplants—could pose greater risks to patients.

There is a growing sense of urgency to revive the antibiotic pipeline. National and international organizations, including the United Nations, government leaders, and the broader research community, emphasize the pressing need for new antibiotics. Although there is no single fix to re-energize the pipeline, NIAID’s research funding to help overcome a key scientific barrier to antibiotic discovery is an important step toward building the robust antibiotic pipeline needed to save lives today and in the future.

Carolyn Shore is an officer with The Pew Charitable Trusts’ antibiotic resistance project.