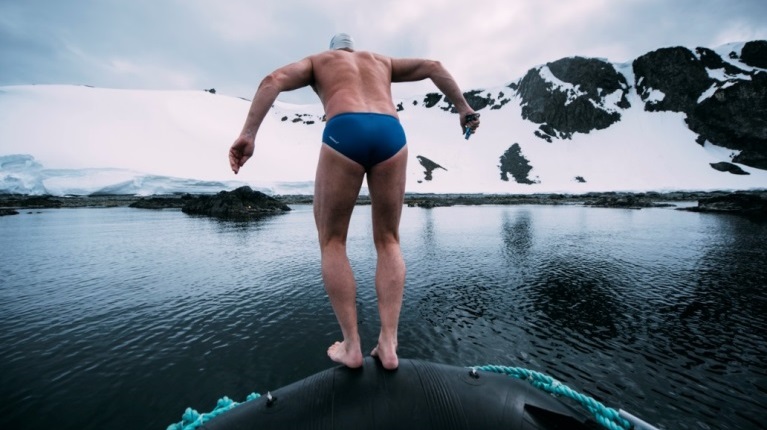 Briton Lewis Pugh dives into the icy waters of the Bellingshausen Sea in Antarctica to raise awareness of efforts to enhance marine protections in the region.

This analysis was updated on Jan. 4 to correct the distance of Lewis Pugh's swim.

Less than two months after the designation of the Ross Sea Region marine protected area (MPA) in Antarctica’s Southern Ocean, record-holding cold water swimmer Lewis Pugh was back in freezing waters to continue his quest to establish more MPAs in the region.

On Dec. 13, it took Pugh 17 minutes, 30 seconds to swim 1 kilometer (.62 miles) in the frigid waters—minus 1 degree Celsius (30 degrees Fahrenheit)—of the Bellingshausen Sea on the west side of the Antarctic Peninsula. Although the water temperature during the Briton’s swim was below freezing, the peninsula is considered the fastest-warming region on the planet and will be an area of focus for protection at upcoming meetings of the Commission for the Conservation of Antarctic Marine Living Resources (CCAMLR). 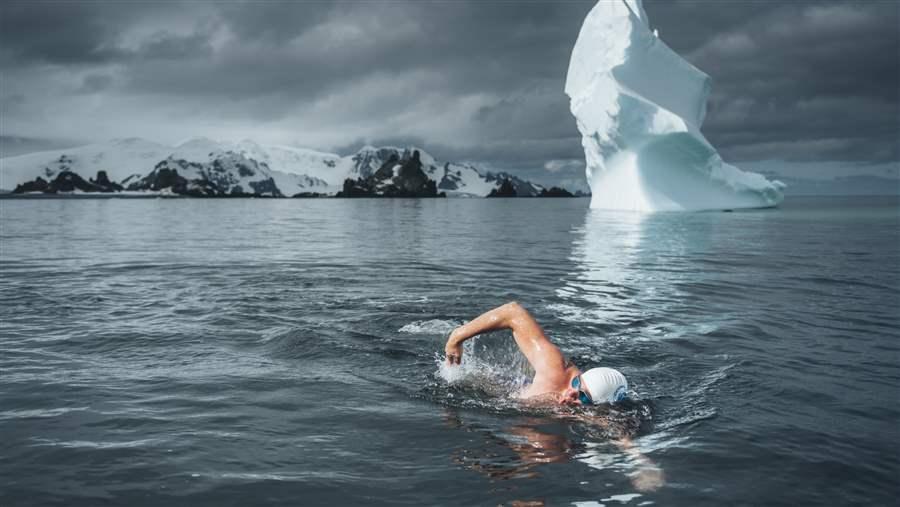 Back in March 2015, Pugh made headlines and history by swimming in the icy water of the Bay of Whales in Antarctica’s Ross Sea wearing only a Speedo. The swim gave Pugh a world record—the most southerly swim ever—and a platform to call for more marine protections in the Southern Ocean.

Since that unforgettable swim in the Ross Sea, Pugh—the U.N. Environment Programme’s Patron for Oceans—traveled to Russia several times to press the case for protections with high-ranking officials.

Pugh’s outreach, coupled with years of campaigning by the State Department and Secretary of State John Kerry, along with a community of nongovernmental organizations, culminated in CCAMLR finally agreeing by consensus in November to designate the Ross Sea Region as an MPA.

The protected area covers 2.06 million square kilometers (almost 800,000 square miles) of the Ross Sea—twice the size of Texas. These waters are critical breeding and foraging grounds for many species, including penguins, seals, whales, and krill, the tiny crustacean at the center of the Southern Ocean’s food web. The designation will take effect Dec. 17, 2017.

Pugh now has his sights on a new goal: three Southern Ocean MPAs by 2020. Back in 2011, CCAMLR agreed to establish a network of protected areas in the Southern Ocean as a way to conserve its representative ecosystems and the marine species that call these icy waters home. The Ross Sea designation marks the first step in fulfilling this commitment. When the commission meets in 2017, protections in the Weddell Sea and East Antarctica will be up for designation, with a proposal for an Antarctic Peninsula MPA soon to follow. 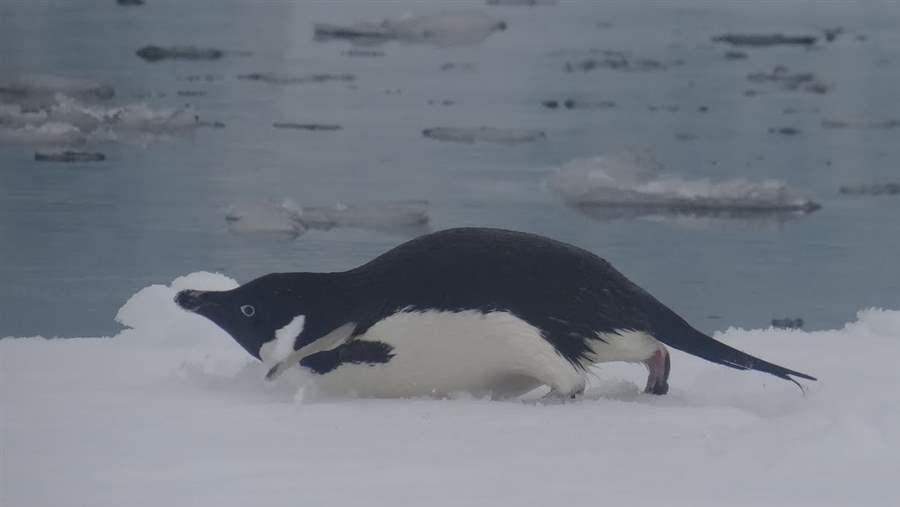 The Antarctic Peninsula is home to an estimated 727,000 breeding pairs of Adélie penguins.

While you won’t find me swimming in the icy waters of the Southern Ocean, Pugh and I share the same passion for protecting Antarctic waters. And Pew has been actively engaged at CCAMLR, working on krill fishery regulations and MPAs for more than a decade. For me, the announcement of the Ross Sea MPA designation at the November meeting was exhilarating and humbling.

After completing his latest Southern Ocean swim, Pugh admitted, “I know the risks I face when I swim down here, but I consider them to be less than the risks the world will face if we lose.” We are proud to join Pugh and CCAMLR in the goal of creating a network of MPAs around Antarctica. Here’s to celebrating more Southern Ocean marine protection wins in the year ahead.

Seeing Antarctica in Winter Highlights the Need for Conservation

More research is needed to understand how climate change and commercial fishing are affecting Antarctic krill populations and, ideally, to drive policies that might mitigate these impacts.