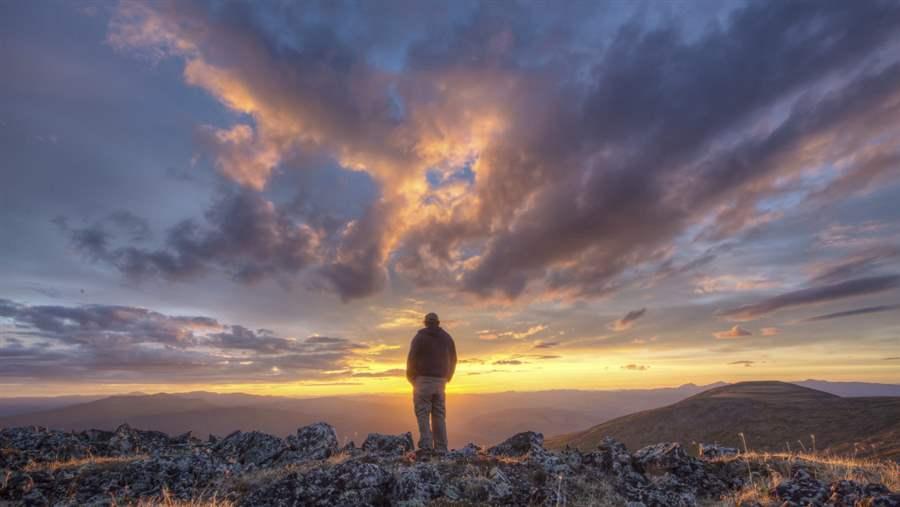 Thanks to the Federal Land Policy and Management Act, our lands can be managed for a variety of activities, and for development.

The year 1976 saw not only the bicentennial of the United States but also the birth of the law that brought the phrase “this land is your land” to life.

The Federal Land Policy and Management Act (FLPMA), signed by President Gerald Ford on Oct. 21, 1976, was the spark that ignited change in the way the Bureau of Land Management (BLM)—the federal agency that oversees more public land than any other—would manage all 247 million acres of our vast commons.

The act, a product of the bipartisan Public Land Law Review Commission established by Congress in 1964, was debated in three Congresses before becoming law.

The BLM previously had disposed of public lands for more than a century to promote everything from homesteading to railroad building. The FLPMA largely retained the nation’s remaining public lands in federal—or public— for multiple uses, including recreation.

The act created a single unified system for managing America’s BLM lands, which had previously been overseen by numerous and sometimes conflicting statutes.  For the first time, “multiple use” and “sustained yield” became the guiding principles.  The act directs BLM to manage and conserve public lands to protect “the quality of scientific, scenic, historical, ecological, environmental, air and atmospheric, water resource, and archeological values.”

FLPMA was the first congressional recognition of the value of unprotected public lands to the citizens of the United States, essentially changing the mission and mandate of BLM’s land management policy.  Under the act, the agency was required to periodically take inventory of public lands and their resources, set up a planning process that relies on these inventories, manage lands for multiple use and sustained yield, prioritize the designation and protection of areas of critical environmental concern, and identify and provide protections for wilderness lands, among other things.

The 40th anniversary of FLPMA is a chance to reflect on the importance of the nation’s public lands and to celebrate the bipartisan act of protecting them.

The BLM oversees 1 of every 10 acres of land in the nation—land that is owned by all of us.  Among these lands are national treasures such as Red Rock Canyon, the Upper Missouri River Breaks, the southern Idaho Canyonlands, and the King Range National Conservation Area along the California coast.

Many of these places are conserved because people took the time and opportunity to speak up in support of protecting the spectacular landscapes. Through FLPMA, all Americans can get involved in decisions about how our publicly owned lands are managed.

Today there is a growing recognition that the nation’s undeveloped lands have value not just for the natural resources that lie underneath them but also for what can be enjoyed at ground level.  Camping, hiking, climbing, viewing wildlife, and many other outdoor recreational activities are Western traditions that generate hundreds of millions of dollars for local businesses and communities and circulate into the overall U.S. economy.

Thanks to the 40-year-old FLPMA, our lands can be managed for all of these activities, and for development.  Our BLM estate is vast, as are its potential uses.  It’s up to us to ensure that any usage is sensibly balanced so that we provide a generous natural legacy for those who will come after us.

For a look at the full video of Conservation and Bureau of Land Management (BLM), visit youtube.com.