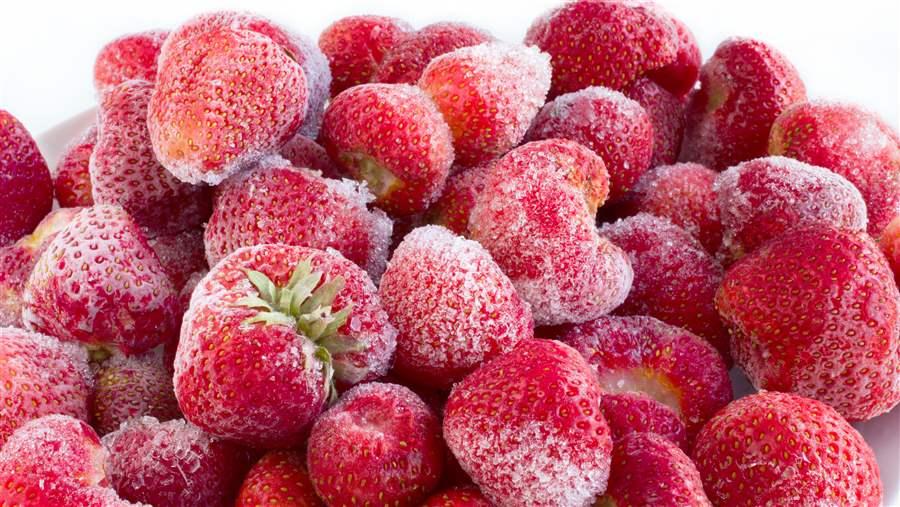 Imported foods, like the frozen strawberries implicated in a current outbreak of hepatitis A, make up a growing share of our nation’s diet, but historically, there has been limited federal safety oversight of these products.

Since early August, 119 people in eight states have become sickened with hepatitis A after drinking smoothies containing frozen strawberries imported from Egypt and served at mid-Atlantic locations of the national chain Tropical Smoothie Cafe. On Aug. 8, the restaurant chain announced that it had removed Egyptian strawberries from all of its locations nationwide. More reported illnesses are expected, however, because people infected with hepatitis A may not show symptoms for up to 50 days.

The U.S. Food and Drug Administration (FDA) has been working with Egyptian authorities to identify the source of the contaminated berries. This could prove challenging, as strawberries from multiple Egyptian suppliers were combined before being processed and frozen, thereby increasing the potential for cross-contamination and making it more difficult to identify the original source of the problem.

This is by no means the first time an imported product has been linked to an outbreak of foodborne illness. In fact, of the 48 multistate foodborne outbreaks linked to FDA-regulated products since 2011, 16 have been traced to imported food. Such outbreaks underscore the importance of the new import oversight system, which will enhance the safety of imported foods once implemented. The centerpiece of this system, mandated by the landmark FDA Food Safety Modernization Act (FSMA), is the foreign supplier verification rule. For the first time, it will hold importers responsible for ensuring the safety of the foods they bring into the U.S.

Imported foods make up a growing share of our nation’s diet. Fifteen percent of the national food supply—including nearly half of all fresh fruit and some 20 percent of fresh vegetables—is imported, but historically, federal safety oversight of these products has been limited.

When the new import rules commence—the first takes effect in May 2017—they will help ensure that the safety standards applied to food produced domestically are also applied to items entering the United States from other countries, but only if the FDA receives the necessary funds to fully implement and enforce them. With the major FSMA rules finalized and starting to be enforced, it is particularly critical for appropriators to ensure that FDA has robust food safety funding in fiscal year 2017 and beyond.