On a map, Pitcairn Islands appear as a green pinprick in the blue expanse of the South Pacific Ocean. But the small islands make up one of the largest areas of protected ocean on the planet. At around 320,465 square miles (830,000 square kilometers), the Pitcairn Islands Marine Reserve is almost 3.5 times the size of the United Kingdom. The U.K. government’s Sept. 15 official designation of the reserve, which was first announced in March 2015, marks the first time that any government has combined creation of a fully protected remote marine area with a comprehensive plan for surveillance and enforcement to help authorities detect suspicious fishing activity. This sets a new global standard for monitoring protected areas. The following photos showcase Pitcairn Islands’ ocean views, landscape, wildlife, and history. 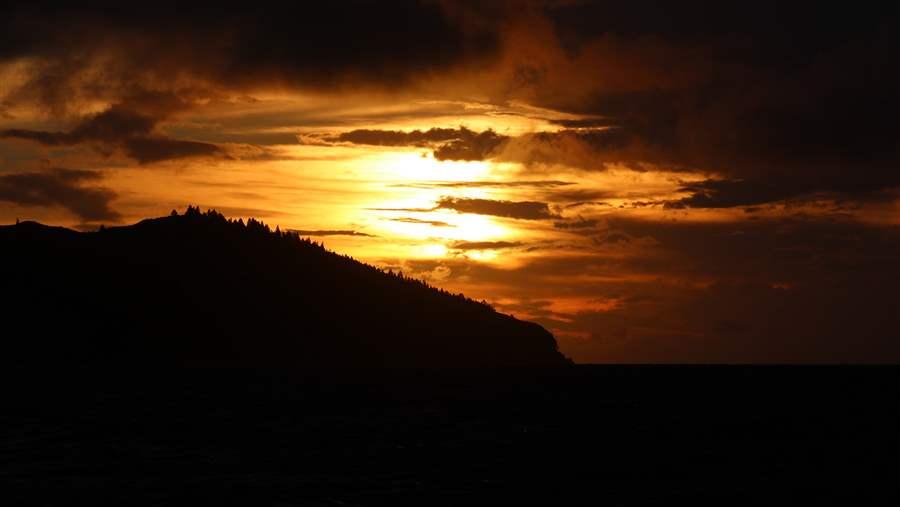 The sun sets over the Gambier Islands during the 34-hour voyage to the Pitcairn Islands from French Polynesia. Reaching the Pitcairn Islands from London takes four days by plane and boat. The U.K. overseas territory is made up of four islands—Pitcairn, Henderson, Oeno, and Ducie—and lies about 428 miles from French Polynesia and 1,193 miles from Easter Island. 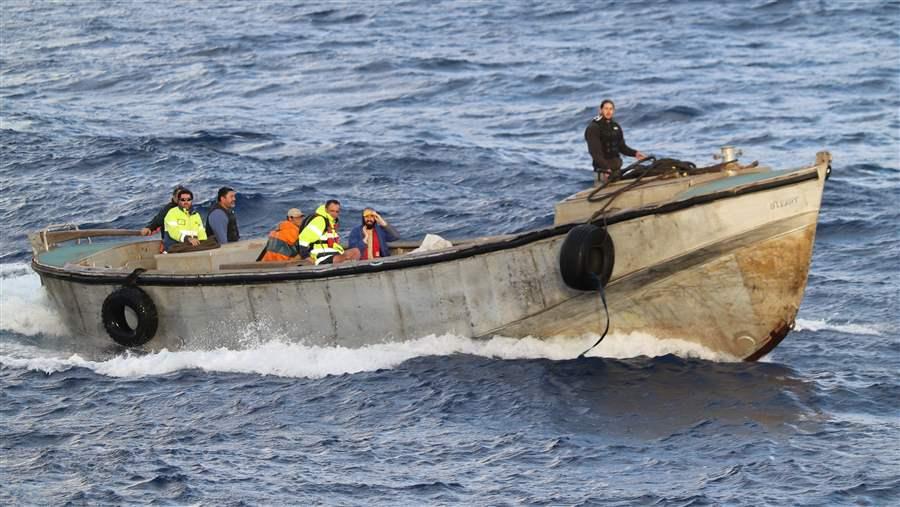 Members of the Pitcairn community pick up arriving visitors by longboat because the island’s harbor is too small to accommodate ships. Pitcairn, with a population of around 50, is the only inhabited island in the chain. 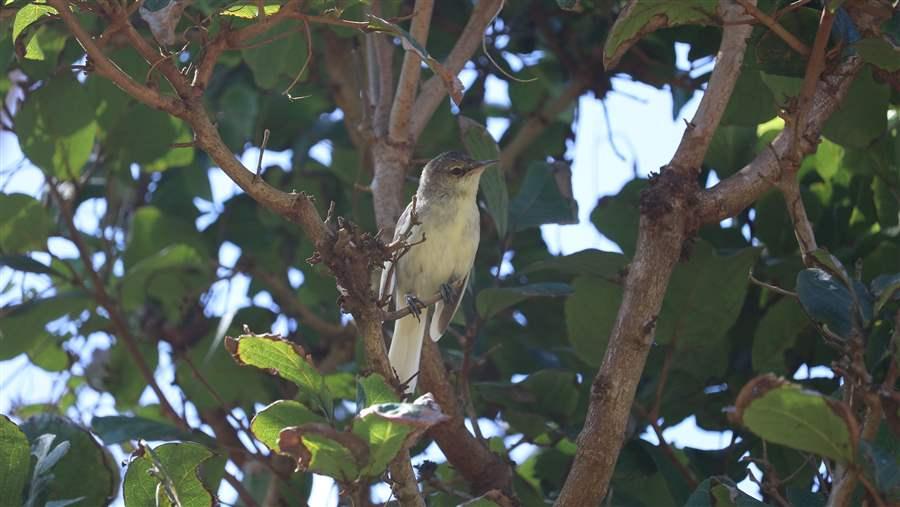 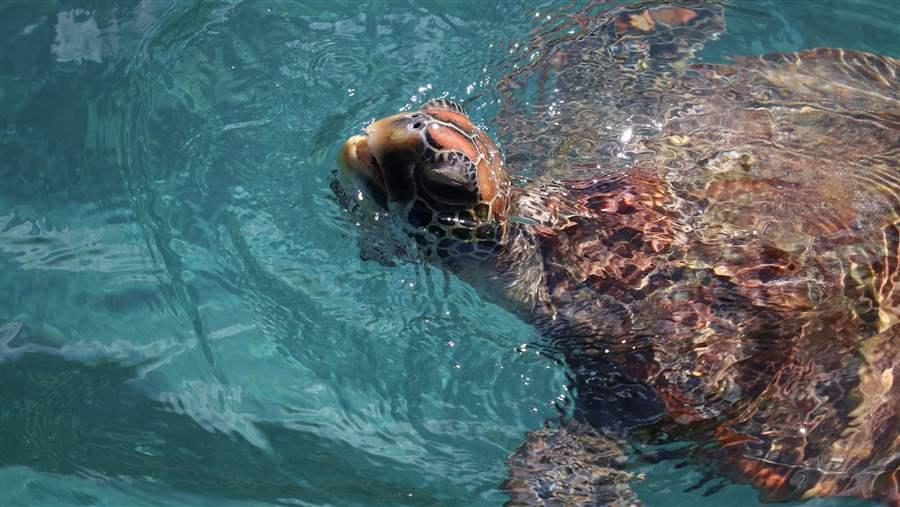 A green turtle finishes swallowing a mouthful of algae in the harbor of Bounty Bay on Pitcairn Island.

The Claymore II, a passenger and cargo ship, is anchored off Pitcairn Island. It is the only regularly scheduled transportation connecting the Pitcairn community to the outside world, making four round trips per year between the islands and New Zealand, and eight round trips annually between Pitcairn and the Gambier Islands in French Polynesia. 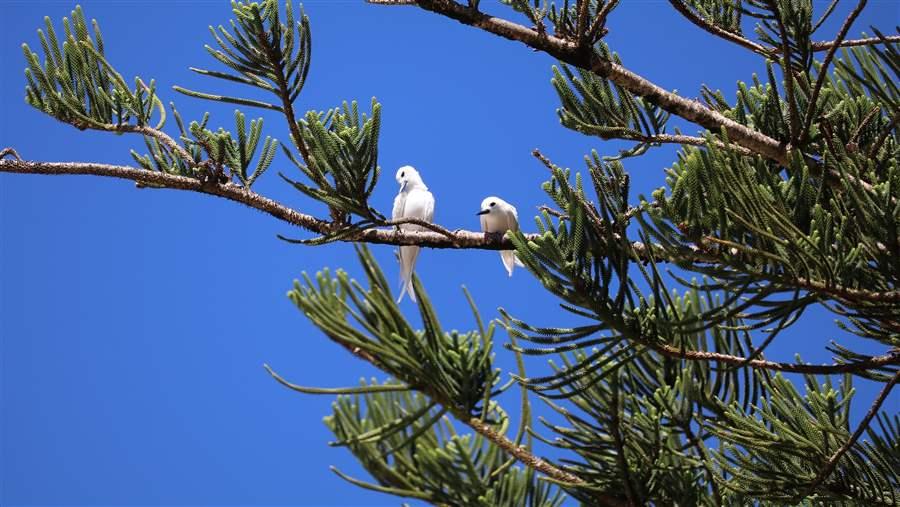 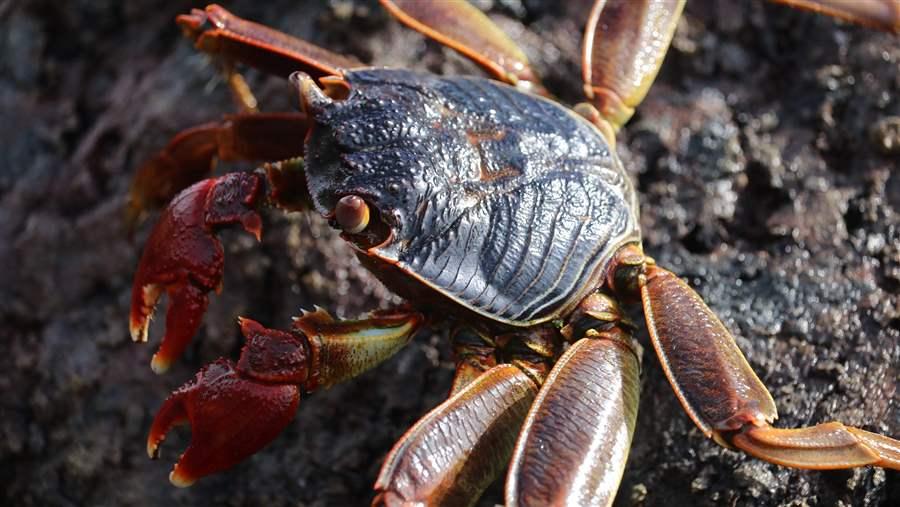 Four types of crabs, including the natal lightfoot crab, above, are found along the coast on Bounty Bay Harbor. 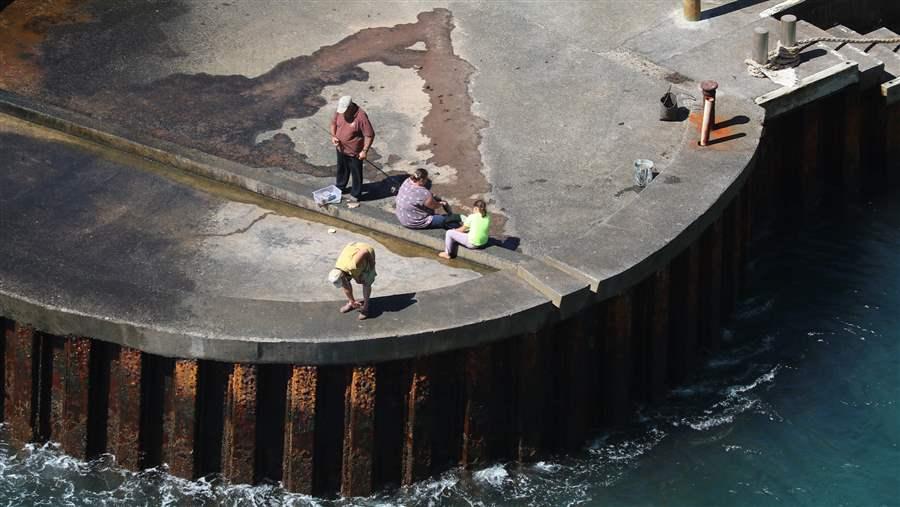 Pitcairn residents, seeking food for dinner, fish from the jetty in Bounty Bay. Such subsistence fishing will continue here, because the marine reserve allows sustainable fishing up to 12 miles off the coast. 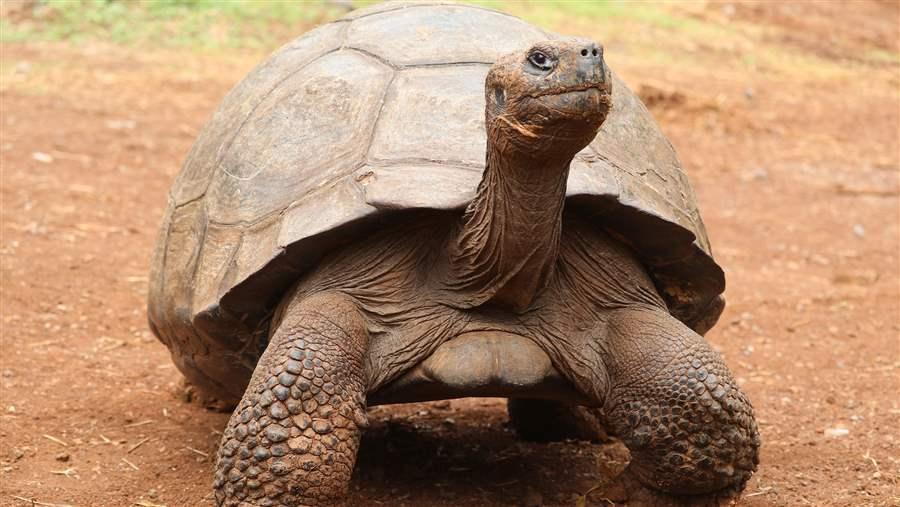 Mrs. T, a Galapagos tortoise, has lived in the wild since her introduction to Pitcairn Island sometime between 1937 and 1951. She is the only survivor of an original group of five. 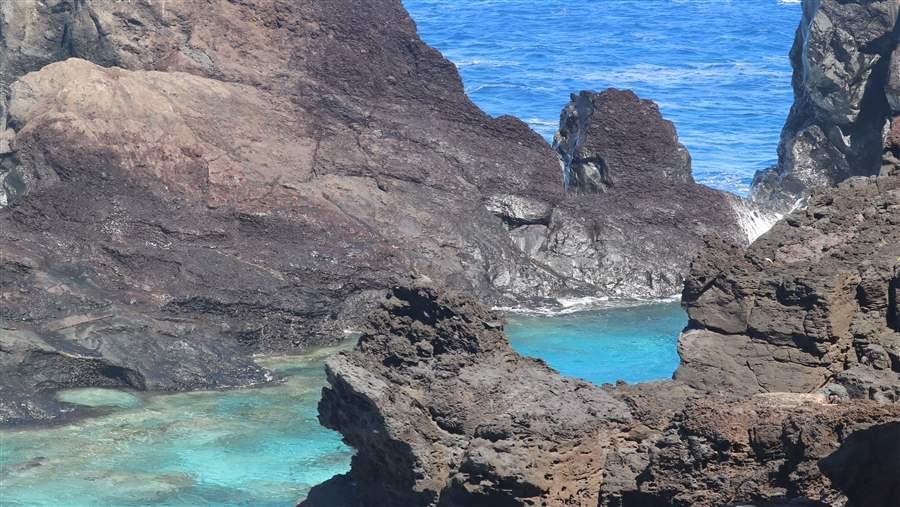 St. Paul's Pool, a natural tidal pool on the east side of Pitcairn Island, is popular among snorkelers, who often spot reef fish and mudskippers in the clear waters. 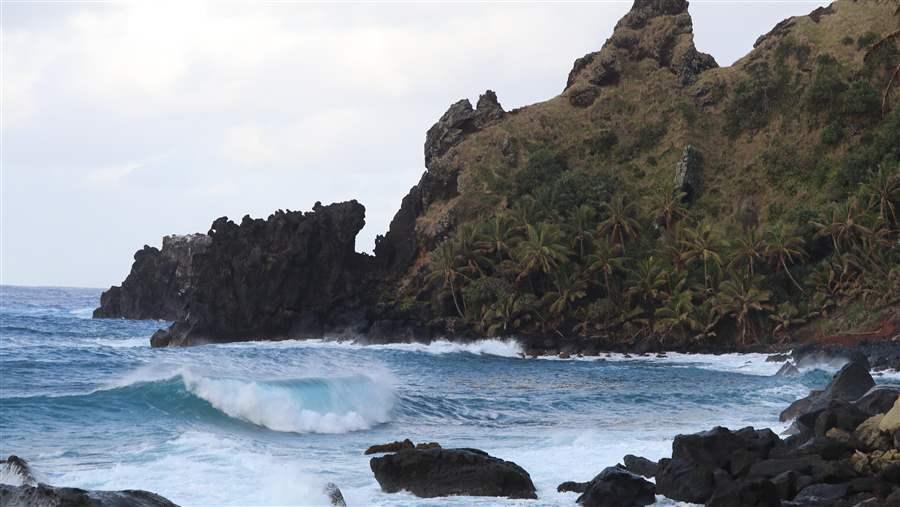 The coastline of the Pitcairn Islands is mostly rugged and rocky, with few sandy beaches.

The climate and soil of the Pitcairn Islands yield a colorful array of flowers and fruit trees, including passion fruit, papaya, orange, lemon, and mango. 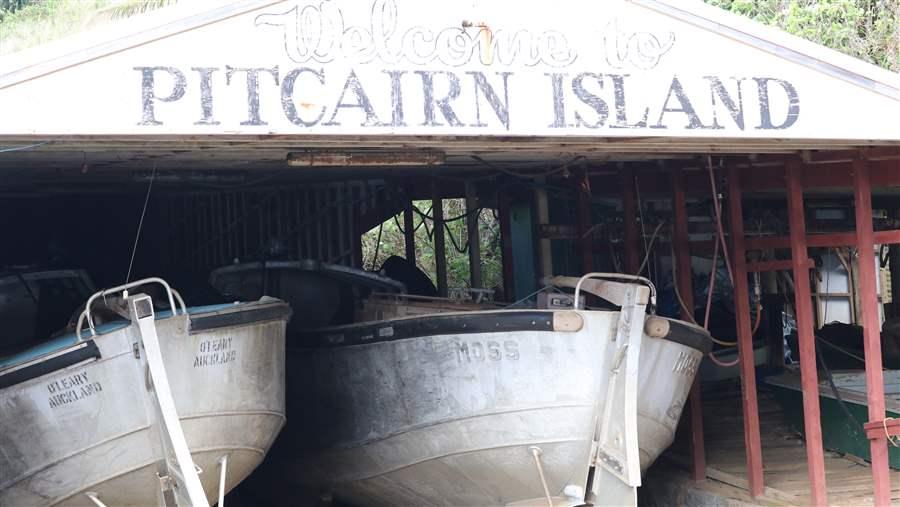 The Bounty Bay boat landing houses the islanders’ longboats between fishing and other excursions.