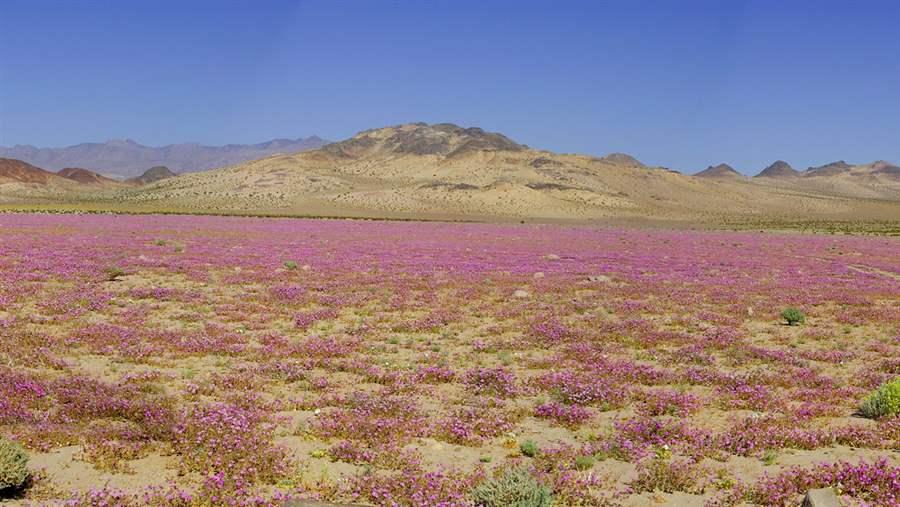 Development projects that once threatened the Silurian Valley area are now prohibited.

Update: On Feb. 2, 2018, the Bureau of Land Management (BLM) filed a notice of intent to reopen the Desert Renewable Energy Conservation Plan. The Pew Charitable Trusts issued a statement expressing disappointment that the BLM would revisit a plan that balances land protections with creation of renewable energy.

The Bureau of Land Management (BLM) issued its final decision Sept. 14 on a sweeping California desert plan that seeks to balance land and wildlife conservation with renewable energy development on public lands. The Desert Renewable Energy Conservation Plan (DRECP), represents a landmark collaboration by California, the federal government, and many other stakeholders to provide a landscape-level approach to protecting wildlife habitat across the desert, which is home to such iconic species as bighorn sheep, desert tortoises, and bobcats.

Since the draft plan was released in 2014, BLM has made a number of improvements to ensure long-term, durable conservation for public lands. These changes include: 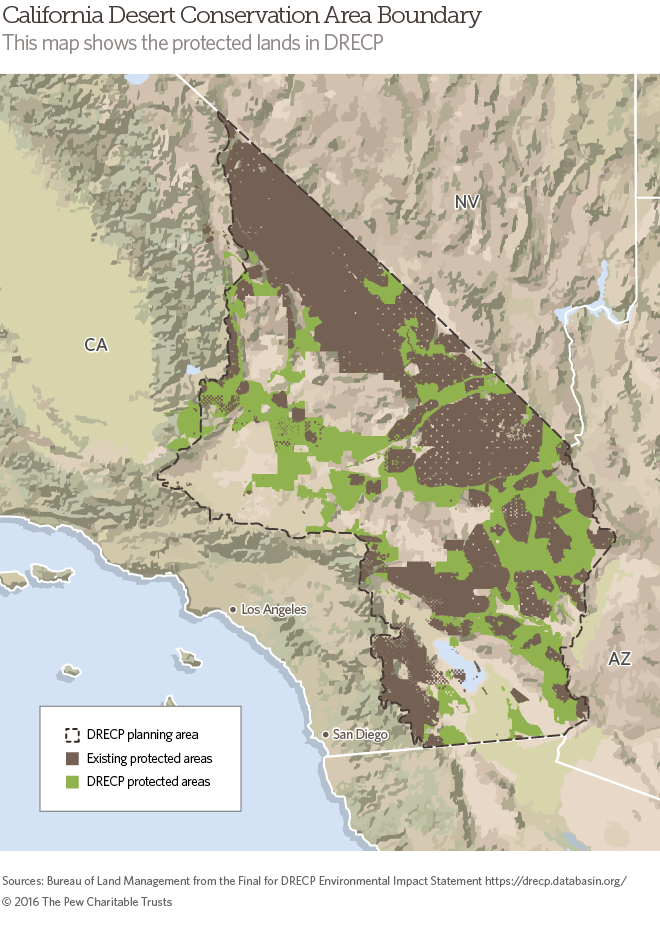 In total, the land and wildlife conservation components of the DRECP mark a major milestone in BLM’s conservation legacy. For example, new California Desert Conservation Lands designated by the DRECP represent more than 10 percent of the agency’s nationwide system. The conservation designations are paired with decisions regarding land that will be available for potential renewable energy development. These development areas will significantly contribute to reaching California’s goal of producing at least 50 percent of its energy from renewable sources by 2030, according to the California Energy Commission.

The DRECP now moves to the implementation stage, where a number of important decisions will be made. One is how and when the BLM will act to withdraw California Desert Conservation Lands from future mining claims. Because of antiquated federal law related to hardrock mining, these new protected areas could still be claimed for mines, although the BLM has promised to begin a separate process that would remove this possibility. While Pew has lauded the DRECP as a valuable blueprint for balancing land conservation with renewable energy development, we have called on the agency to move swiftly to withdraw the appropriate lands from mining.

The Bureau of Land Management (BLM) today released its final Record of Decision on the Desert Renewable Energy Conservation Plan (DRECP), which will permanently protect significant areas of public lands in the California desert&mdash;including the Silurian Valley, Mayan Peak, and Chuckwalla Bench. The plan also identifies certain areas of public lands in the desert that will be available for potential renewable energy development.