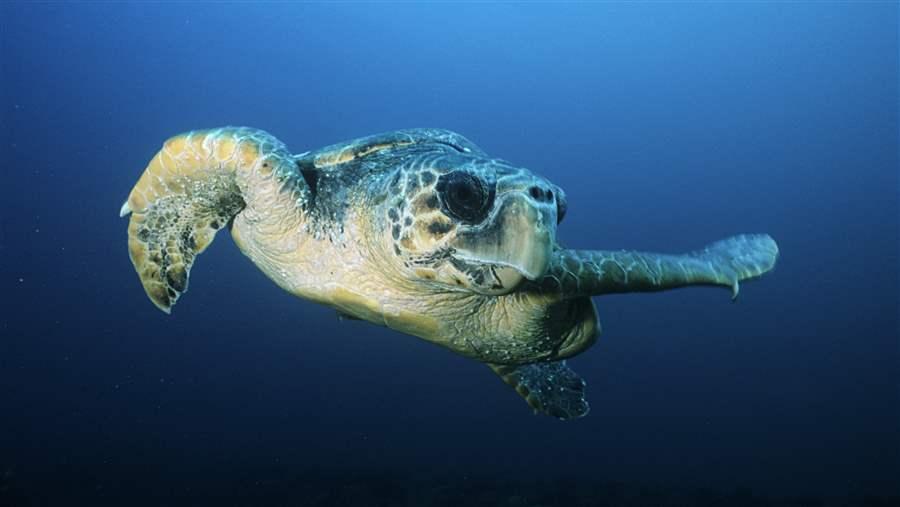 Research shows that reserves  maintain and improve the overall health of the marine environment.

In a major win for marine life, members of the International Union for Conservation of Nature (IUCN) World Conservation Congress voted to support increasing the portion of the ocean that is highly protected to at least 30 percent to help effectively conserve biodiversity. In an equally encouraging step, the IUCN also adopted a motion calling for protections and sustainable management of marine areas beyond national jurisdictions, also known as the high seas.

The World Conservation Congress, which took place Sept. 1-10 in Honolulu, has brought together thousands of leaders, government decision-makers, island residents, and indigenous peoples from around the world to seek solutions to global environmental challenges.

The conference is hosted by the IUCN every four years.

The passing of these motions are milestones for marine conservation and underscore the need to create more marine protected areas around the world to combat increasing threats from overfishing, marine debris, pollution, and other human activities.

Research also shows that reserves help rebuild species abundance and diversity, bolster the ocean’s resilience to climate change, and help maintain and improve the overall health of the marine environment. A 2014 study found that marine protected areas yield the greatest benefits when they are large, no-take, isolated, well-enforced, and long-standing.

The Pew Charitable Trusts’ Global Ocean Legacy project has been working with local communities, governments, and scientists to establish the world’s first generation of such large, fully protected marine parks. The project’s efforts have helped to safeguard millions of square kilometers of ocean.

But while many governments have been proactive in creating these reserves, and the amount of protections in national waters has doubled since 2006, it will be difficult to achieve the IUCN-recommended 30 percent level without protecting vast areas of the high seas—those waters beyond national jurisdictions. These global commons—areas used freely by all but owned by no one—make up 64 percent of the ocean.

In 2015, the U.N. General Assembly took a step to improve high seas management by agreeing to begin negotiations on a treaty that would allow greater conservation and sustainable use of marine life on the high seas. Pew and its partners are working with governments to ensure that the process will yield a robust system for identifying and establishing high seas marine protected areas, including marine reserves. Discussions at the U.N. began in March 2016, with the second round of meetings which occurred Aug. 26 to Sept. 9, 2016.

By passing a motion stressing the need to address high seas governance gaps and the importance of mechanisms to create marine protected areas and reserves on the high seas, IUCN members demonstrated a strong commitment to the U.N. negotiations. Through its series of meetings on the treaty, the U.N. is evaluating the tools highlighted by the IUCN for use on the high seas—including an ecologically representative system of marine protected areas and methods for conducting environmental impact assessments. If governments can keep on track, the agreement could be adopted by 2020.

Protecting at least 30 percent of the ocean through highly protected marine reserves is essential to meeting a broad range of environmental and management goals. By protecting the high seas as part of this percentage, governments will demonstrate that they are committed to healthy oceans and safeguarding important marine areas that are critical to life on Earth.