This year, the United States is celebrating the 100th anniversary of the National Park Service (NPS) and the more than 400 cultural, historic, wildland, and urban sites that it protects. But even as rangers are welcoming record crowds, they are also grappling with a budget that is too tight to maintain the parks and fix broken and aging infrastructure. The NPS estimates that its list of overdue repairs would cost nearly $12 billion to fix. The situation must be addressed.

As the NPS enters its second century, it must have the resources to protect our nation’s treasures for future generations. The annual congressional appropriation process provides inconsistent funding, so the NPS is unable to safeguard its properties in the most reliable, cost-effective manner. It needs dedicated annual federal funding for park maintenance, as well as increased opportunities for public-private collaboration.

How serious are the deferred maintenance problems? Here are seven examples of critical issues at some of the nation’s most beloved and important park sites. 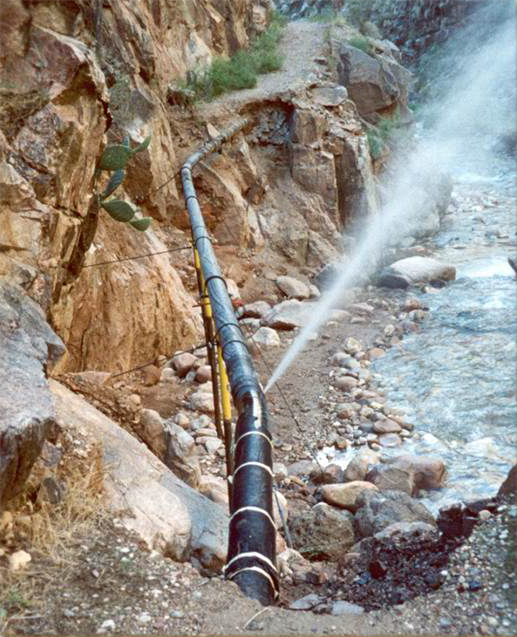 One item on the Grand Canyon’s deferred maintenance list is crucial to its millions of guests. Roaring Springs, a natural spring located near the North Rim, supplies all the water for the South Rim’s 5 million yearly visitors via a 16-mile pipeline that was installed in the mid-1960s. The pipeline bursts periodically, creating hazards for hikers and requiring immediate short-term repairs to maintain the South Rim water supply. Despite its importance, this high-priority issue has not been addressed because of the estimated $150 million price tag. 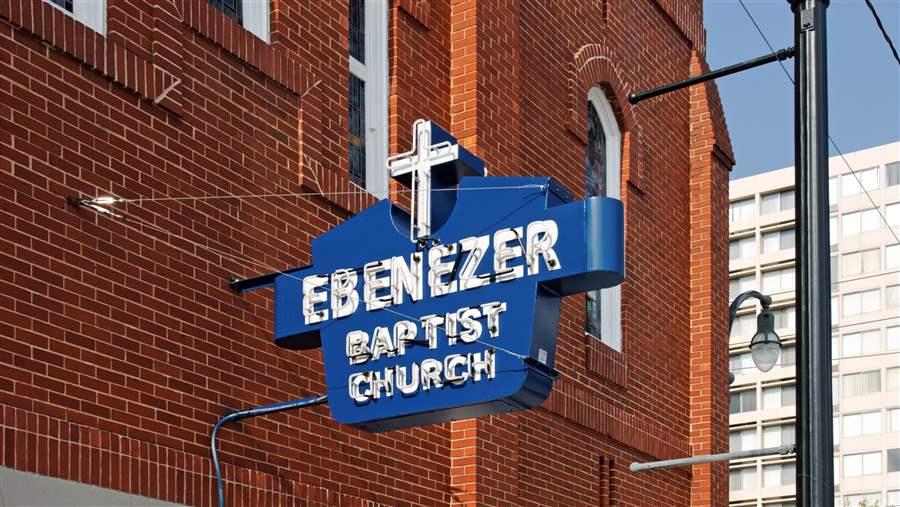 Although it receives support for repairs through a public-private partnership, the Atlanta church where the Rev. Martin Luther King Jr. was baptized and served as co-pastor with his father is on the NPS deferred maintenance list. Water seeping in from the damaged, aging roof has resulted in cracked plaster, peeling paint, and buckling of the wood floor.

The church, which laid the foundation for many of King’s beliefs, was the birthplace of the Southern Christian Leadership Conference, a civil rights organization that promotes nonviolent protest and that King served as the first president. 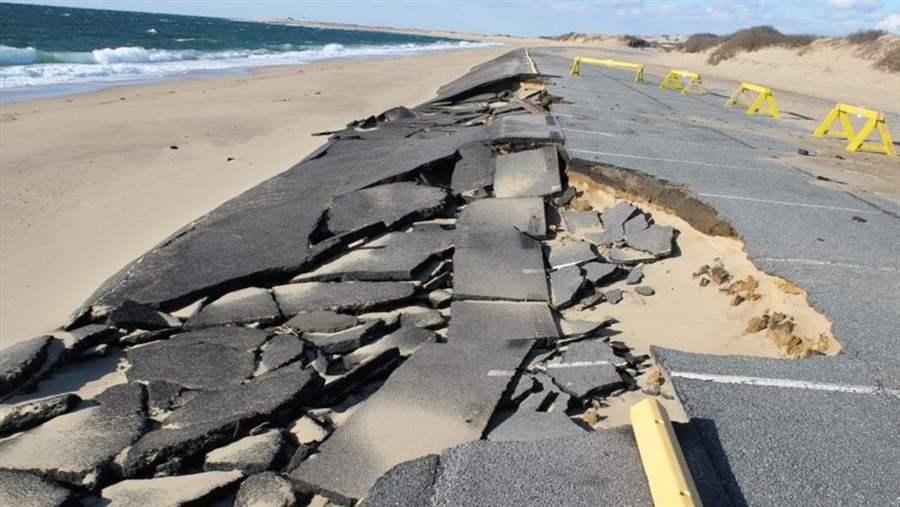 This Massachusetts seashore attracts thousands of visitors a year to its beautiful beaches, but the ocean is making it hard for the NPS to provide adequate parking. Tides and waves are causing the asphalt to crack and break away in one lot, and some parking areas have been deemed unsafe and are barricaded, hindering visitor access. 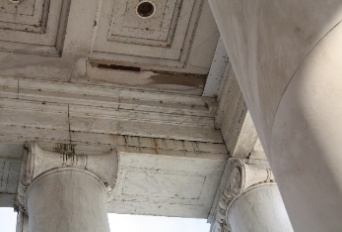 The Jefferson Memorial’s iconic dome provides the dramatic backdrop for many a cherry blossom photo. But the neoclassical structure, which was built in 1943 to honor the nation’s third president and the architect of the Declaration of Independence, needs repair to its roof and portico.

In 2015, an acting deputy park superintendent reported that a portion of the marble in the ceiling had fallen but that no one was injured. He blamed the problem on water leaking through the 20-year-old roof that caused grout to dissolve and black stains to develop on the ceiling. 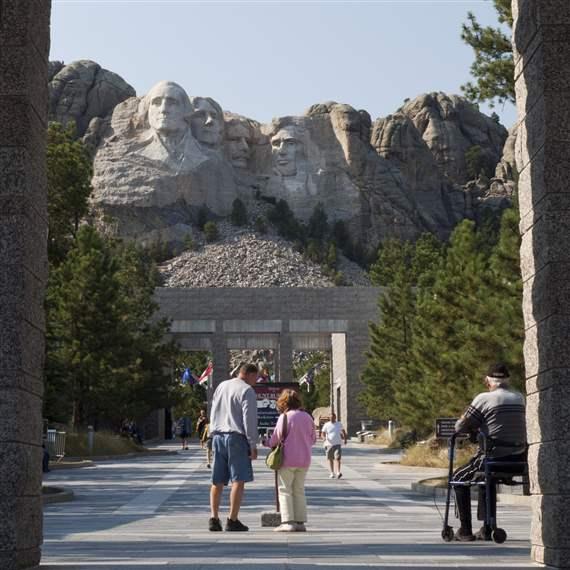 Many people put Mount Rushmore on their bucket lists, but visitors need to watch their step as they maneuver for a good view of the South Dakota mountain sculpture depicting some of the nation’s most-recognizable presidents. Poor drainage at the plaza is seriously damaging the walkway’s paver system. Because water is seeping underneath the walkway, many of the pavers are shifting, breaking, or crumbling, creating trip hazards for visitors. Upgrades are also needed to help meet the requirements of the Americans With Disabilities Act. 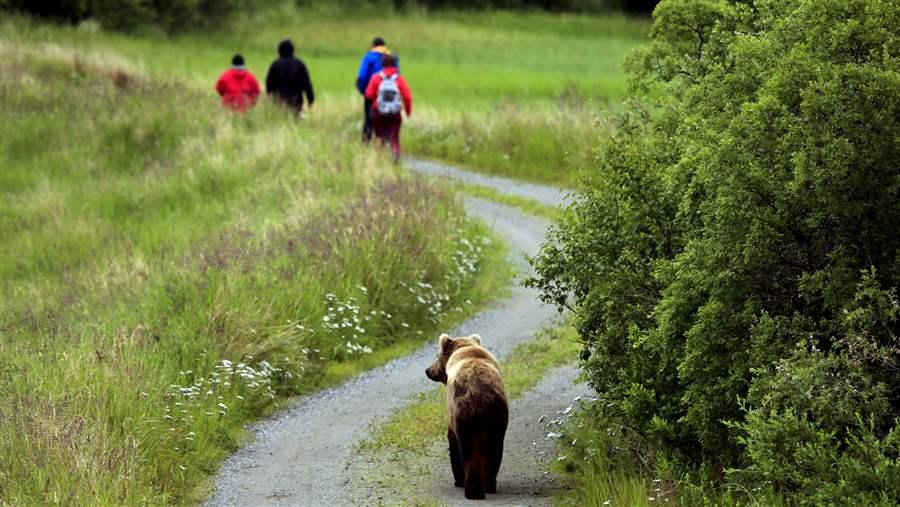 At Alaska’s Katmai National Park and Preserve, grizzly bears are part of the landscape, but some interactions between bears and humans have been too close for comfort. Katmai’s maintenance backlog includes replacing a trail and ramp to reduce those contacts and to improve safety for visitors and grizzlies alike. 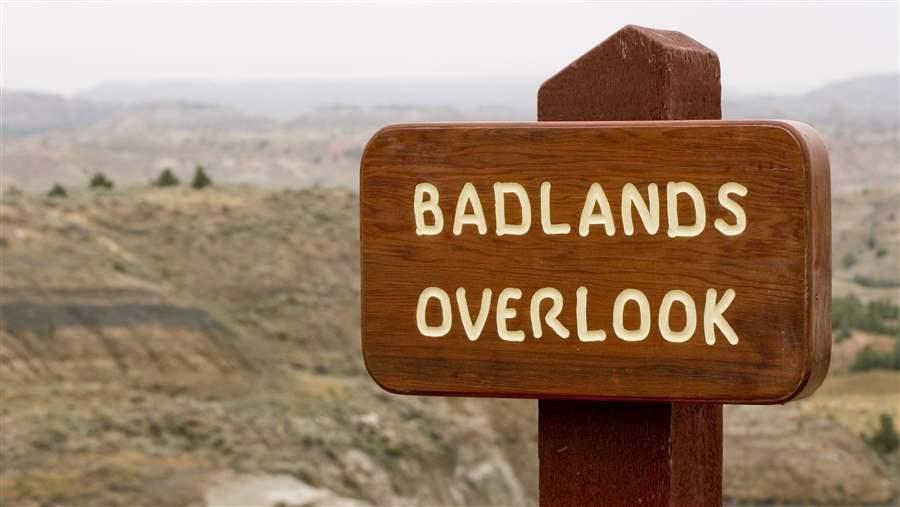 Theodore Roosevelt, the father of conservation in the United States, helped to create five national parks, 18 national monuments, and 150 national forests. The North Dakota national park that bears his name is known as the Badlands and encompasses an area that the young Roosevelt first visited to hunt bison. The visitor center where guests can learn about the area and the 26th president is structurally unsound.