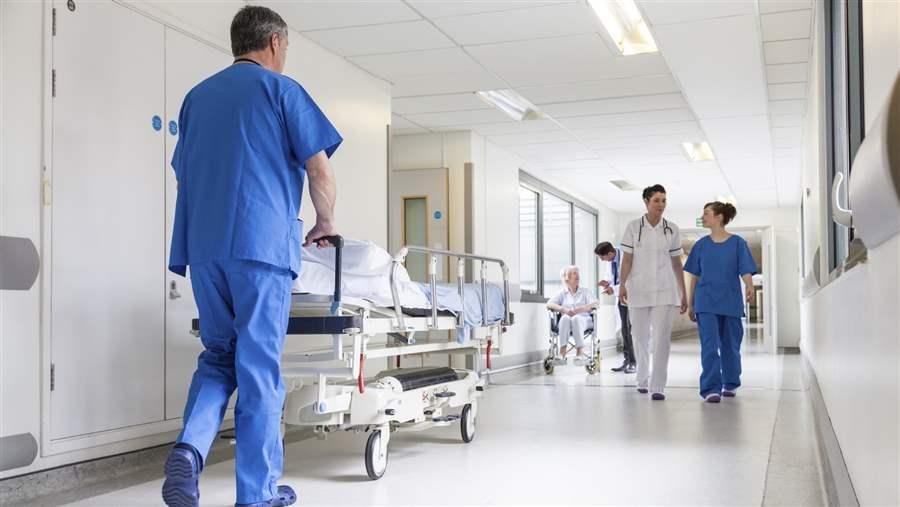 If finalized, these changes would be the most significant and influential federal policy action to date on antibiotic stewardship in hospitals, affecting more than 6,000 hospitals nationwide.

The Centers for Medicare & Medicaid Services (CMS) released a proposed rule on June 16, 2016, to help address the growing threat of antibiotic resistance. It outlines the updated standards—known as “conditions of participation”—that hospitals must meet in order to participate in U.S. Medicare and Medicaid programs. Under these standards, hospitals would be required to develop and maintain antibiotic stewardship programs (ASPs), which are designed to ensure the responsible use of antibiotics, minimize the harmful effects of antibiotic use, and slow the spread of resistance.

If finalized, these changes would be the most significant and influential federal policy action to date on antibiotic stewardship in hospitals, affecting more than 6,000 hospitals nationwide and representing a major milestone in improving antibiotic use in human health care and protecting both individual and public health.

The more antibiotics are used, the less effective they become as bacteria evolve to resist them. That’s why it is essential to minimize unnecessary use of these drugs, so that they work when we really need them. Antibiotic stewardship programs have proven effective in doing just that, resulting in reduced rates of drug resistance and lower total medical costs. Yet hospitals are not currently required to have ASPs, and less than 40 percent of U.S. hospitals have programs that meet all seven of the Centers for Disease Control and Prevention’s recommended core elements for hospital antibiotic stewardship programs.

Pew’s recent report, “A Path to Better Antibiotic Stewardship in Inpatient Settings,” profiles a diverse group of hospitals across the country that are already using antibiotic stewardship programs, and highlights how institutions of various sizes, and with diverse financial and staff resources, have been able to implement programs with favorable economic and patient outcomes. We hope that other hospitals will use this report as a resource when creating stewardship programs.

Pew applauds CMS for proposing these new standards, which will be an important step toward having robust antibiotic stewardship programs in all hospitals across the country, as called for in the National Action Plan for Combating Antibiotic-Resistant Bacteria. Collectively, ASPs have the potential to drive substantial progress in the fight against superbugs, and Pew looks forward to working with policymakers and other stakeholders across the country to put stewardship into action on a broader scale.

A Path to Better Antibiotic Stewardship in Inpatient Settings

Antibiotics should be used only to treat bacterial infections, and should be prescribed only in doses and for durations appropriate for the patient and infection being treated. Yet the Centers for Disease Control and Prevention (CDC) estimates that up to 50 percent of all antibiotics prescribed in the U.S. are unnecessary or inappropriate, with many of them prescribed in inpatient settings.