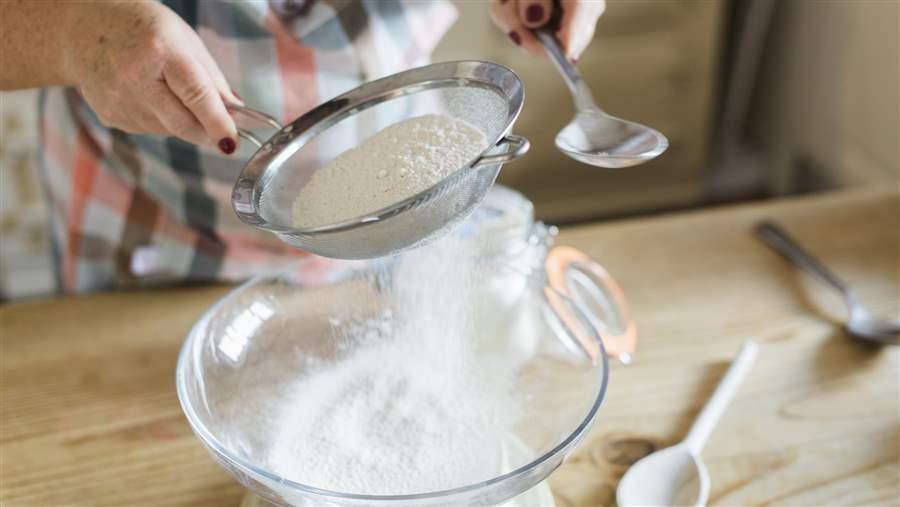 Pathogens can taint even staple ingredients, as evidenced by a recent recall of 10 million pounds of flour for possible E. coli contamination.

This analysis was updated on June 16, 2016 to correct the pathogen strain.

On May 31, General Mills announced a recall of several varieties of flour, totaling 10 million pounds, for possible E. coli contamination. As of June 1, 38 people have taken ill across 20 states; 10 have been hospitalized.

All food products—including staple ingredients such as flour—are susceptible to contamination.  A few familiar and particularly virulent pathogens, like Shiga toxin-producing E. coli (STEC) O157, often attract notice for sprawling outbreaks of foodborne illness. But the problem can prove even more complex.

In our interconnected food system, new risks emerge while well-known bacteria evolve—developing mechanisms that make them more harmful to humans or appearing in an unexpected food vehicle, such as flour, to spread infection. Public health officials had previously encountered the culprit in the ongoing flour outbreak: STEC O121, for instance, was implicated in a six-state outbreak tied to alfalfa sprouts in 2014. Still, the General Mills recall demonstrates that STEC O121 is a pathogen to watch closely in all foods and highlights the need for constant vigilance as officials identify and monitor potential bacterial threats moving forward.

The American food safety system must be able to adapt and respond quickly in the face of new and evolving foodborne hazards. In an upcoming report, Pew’s safe food project will detail ways to address emerging pathogens in U.S. meat and poultry, but the same principles apply across the food supply. Diligent surveillance is critical to identifying and tracking known contaminants. At the same time, regulators must adopt new tools and technologies that pinpoint unfamiliar, harmful bacteria.