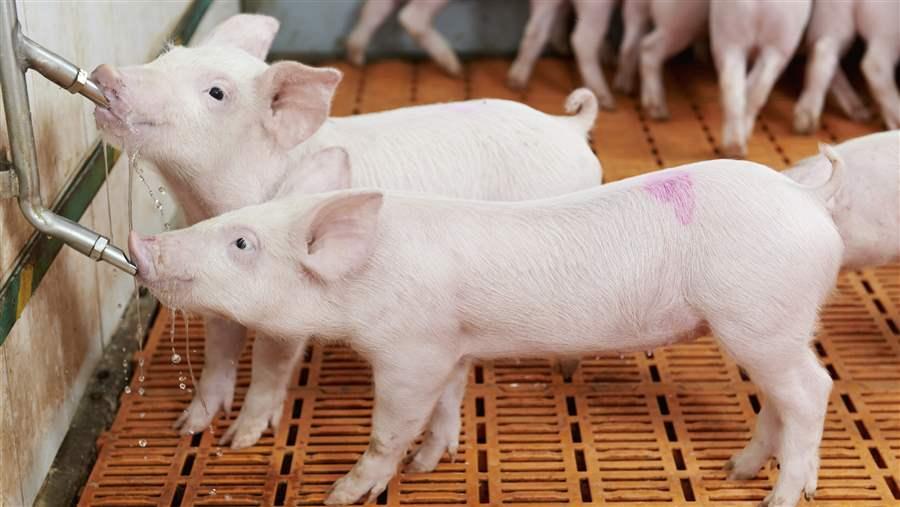 Data collection and monitoring, and the surveillance of antibiotic use and resistance in food animal production, are critically important to protecting public and animal health.

A House Energy and Commerce subcommittee heard sobering testimony June 14 from government scientists warning that the United States must strengthen its efforts to better understand and combat antibiotic resistance, a pressing threat to public health.

The hearing occurred partly in response to recent news reports of a Pennsylvania patient infected with a bacterial strain that is resistant to the “last resort” antibiotic known as colistin that made national headlines. For the first time in the United States, bacteria that carried the antibiotic resistance gene mcr-1 were found in a human patient. This finding is particularly alarming because it confers resistance to the drug colistin, the antibiotic physicians use when other drugs are no longer effective. Equally of concern, mcr-1 is located on a highly mobile structure in the bacterial genome known as a plasmid, and bacteria can easily share plasmids. Thus colistin resistance on this type of gene structure makes it highly transmissible to other bacteria.

Although the Pennsylvania patient’s story received considerable attention, the finding of this same gene in samples taken from U.S. pigs has not. Colistin is not used in food animal production in this country, unlike other countries such as China, although a related antibiotic is. Officials have not yet released much information about the two pigs that contained the mcr-1-carrying bacteria. Useful data would include where the pigs were raised and whether the two animals may have been in contact, how they became infected, and whether other animals in the same herd(s) were subsequently tested. Therefore it isn’t possible to be certain what implications this discovery may have for public health. It does, however, underscore the importance of what many specialists at the intersection of public health and animal agriculture have emphasized for years: Data collection and monitoring, and the surveillance of antibiotic use and resistance in food animal production, are critically important to protecting public and animal health.

The National Antimicrobial Resistance Monitoring System for Enteric Bacteria (NARMS), a public health surveillance system operated by the Centers for Disease Control and Prevention, the Food and Drug Administration, and the U.S. Department of Agriculture (USDA), collected the U.S. pig samples that yielded the mcr-1 resistance gene. This year, scientific reports first described the discovery of this new resistance gene, initially found in bacteria from pigs and people in China, then in animals, humans, and food in a variety of countries. This news prompted U.S. government scientists to reanalyze NARMS-collected samples for the new colistin-resistance gene, which led to the finding of two pigs carrying colistin-resistant bacteria, out of about 1,000 samples tested so far.

NARMS highlights the value of surveillance in detecting and responding to the emergence of new antibiotic resistance—or new pathogens in general. However, much critical information about antibiotic use and resistance in animal agriculture remains unknown. Based on the scientific evidence available, there is no doubt that antibiotic use on farms contributes to the burden of antibiotic resistance, but fundamental questions remain—such as how antibiotics are used in animal agriculture and in what quantities, which uses pose the highest risk of resistance emergence, and which possible transmission routes are most likely to spread resistance from farms to humans. Without investments in better data, improved surveillance, and expanded research, it will be very difficult to answer these foundational questions, in addition to more complex ones around tracing the origin of the mcr-1 gene across countries and species.

It is encouraging that Congress recently seemed receptive to providing the USDA with additional funds for conducting data collection. (For fiscal year 2017, the House allocated $9.9 million to USDA and the Senate $5 million in agriculture appropriations legislation.) However, further resources are needed to expand and better integrate existing data collection sources such as NARMS and the Agricultural Resource Management Survey, which examines farm economics and management, and the National Animal Health Monitoring System, which studies livestock health and health management. Additional funds should also be committed to supporting USDA’s research activities related to antibiotic resistance. At current resource levels, USDA is unable to fund 9 in 10 worthy requests for Agriculture and Food Research Initiative grants.

The events of the past several weeks emphasize not only how vital antibiotic resistance surveillance systems are for detecting emerging resistance threats, but also that antibiotic resistance data are incomplete without good information and relevant epidemiological data on antibiotic use across the range of settings where pathogen resistance can occur. Such data are necessary for protecting public health. Congress should provide the funding needed to support adequate antibiotic research and surveillance, which include improved data collection on antibiotic use and resistance and the epidemiological data needed to understand how resistance spreads across human and animal populations locally, nationally, and internationally. Collecting this data is challenging, but the mcr-1 gene demonstrates just how much is at stake.

Karin Hoelzer works in The Pew Charitable Trusts’ safe food and antibiotic resistance projects and is a veterinarian by training.