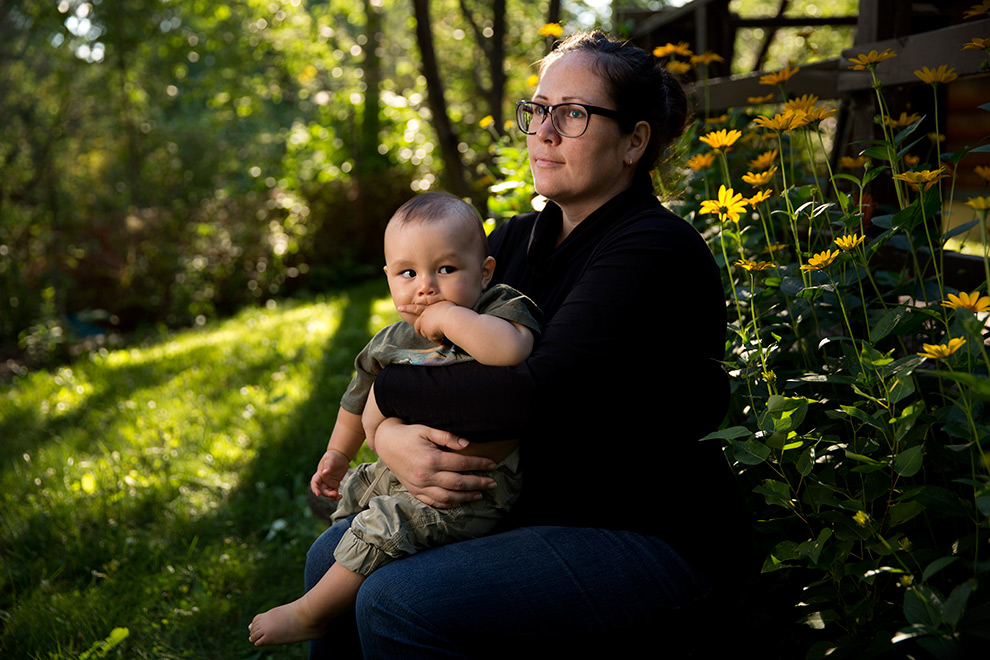 GRAND RAPIDS, Manitoba—Generations ago, when Cree trappers and hunters returned home from long journeys, they would be guided through the trails and tangle of the boreal forest by the sound of roaring water.

The turbulent whitewater of the mighty Saskatchewan River rushed 3 miles down a series of rapids into a great lake that teemed with spawning whitefish and sturgeon.

Heidi Cook was not yet born when the rapids ran dry in the mid-1960s, when the water was corralled into a giant reservoir behind the embankment of a hydroelectric dam, when the traditional culture of her people changed forever. But Cook knows the stories of what life was like before, and she feels the loss of those “grand rapids” as deeply as if she had grown up hearing them herself.

In the Cree language, they were called “Misipawistik.”

“People talk about how you would hear the roar for miles and miles around. It was part of your consciousness. That sound was like a lullaby for a lot of people,” she says.

“[They] talk about what it was like when the rapids were gone, and how lonely it felt. Even now, I can get choked up talking about it. This is part of my birthright that I have never known. Even though they were gone before I was born, I still miss them.”

The Grand Rapids generating station produces up to 479 megawatts of electricity. It helps to keep the lights on in the Canadian province of Manitoba and in U.S. states such as Wisconsin and Minnesota.

But it has had devastating impacts on Indigenous First Nations communities.

Not only did the dam’s construction consume large expanses of intact forest and peatlands—an area full of wildlife that First Nations people depend upon for sustenance—it damaged the local fishing economy and forced the relocation of hundreds of families from a neighboring First Nations reserve to a new community. The government of Manitoba in 2015 apologized to Indigenous people and communities  hurt by the impacts of hydrodevelopment in the boreal forest region.

That history weighs heavily on Cook, an elected councilor with Misipawistik Cree Nation. Her portfolio of responsibilities includes land use planning for her community. 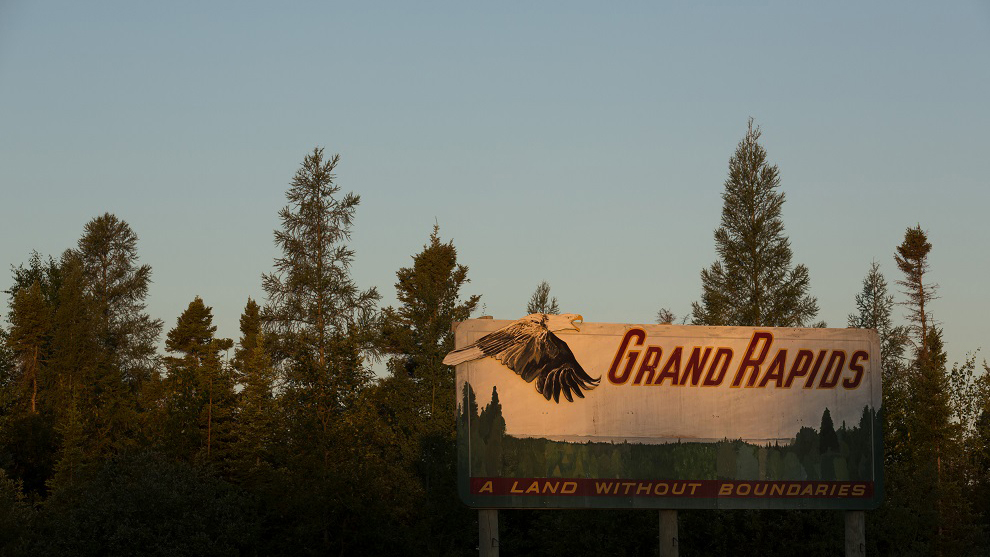 Cook wants to ensure that the rights of the Misipawistik Cree are protected on their traditional territory and that future development and conservation initiatives are good for the environment and her people.

“Protecting the land and protecting the water is like protecting ourselves too. That’s what has sustained us here for generations,” she says. “We don't own the land, and we don't own the waters. We don't have an inherent right to destroy it. … We have certain rights to be able to sustain ourselves and to live, but we also have responsibilities to respect, and to protect, so that our children can continue to sustain themselves.”

"The traditional territory of the Misipawistik Cree Nation includes several protected areas, including the 7,900-acre Walter Cook Caves Park Reserve. The caves are the northernmost hibernation site for the little brown bat."

Cook’s home is at the geographic heart of the boreal forest in Canada, an ecosystem that stretches across 1.2 billion intact acres from Yukon to Newfoundland and Labrador. It is a place of global importance: The boreal is one of the last continental-scale ecosystems that is still largely undeveloped, and it represents 25 percent of the world’s remaining intact forest. In Manitoba alone, the boreal covers 140 million acres, 80 percent of which is still intact.

But the boreal is not an empty wilderness. It sustains hundreds of Indigenous communities, including the Misipawistik Cree, who have been environmental stewards of the forest for millennia.

For Cook, conservation is a family value. 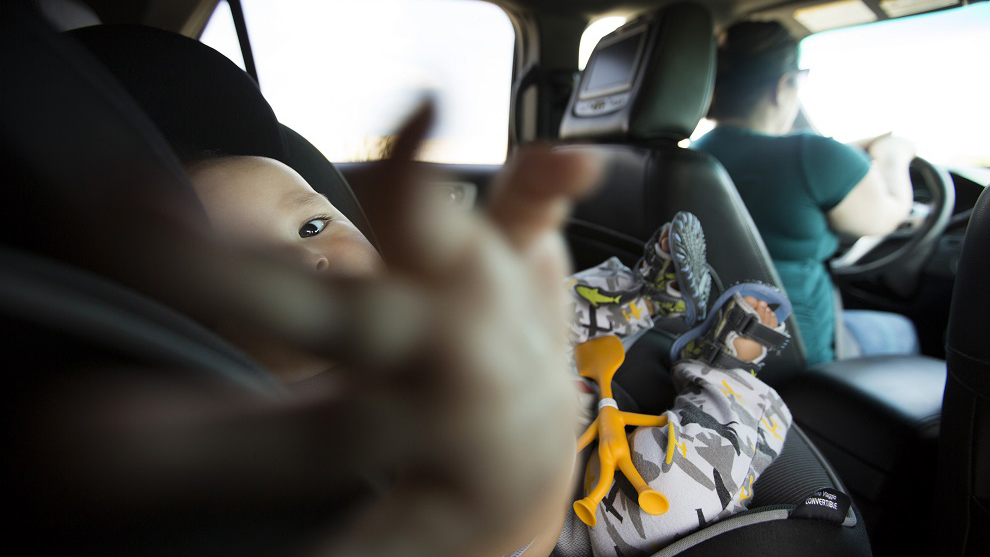 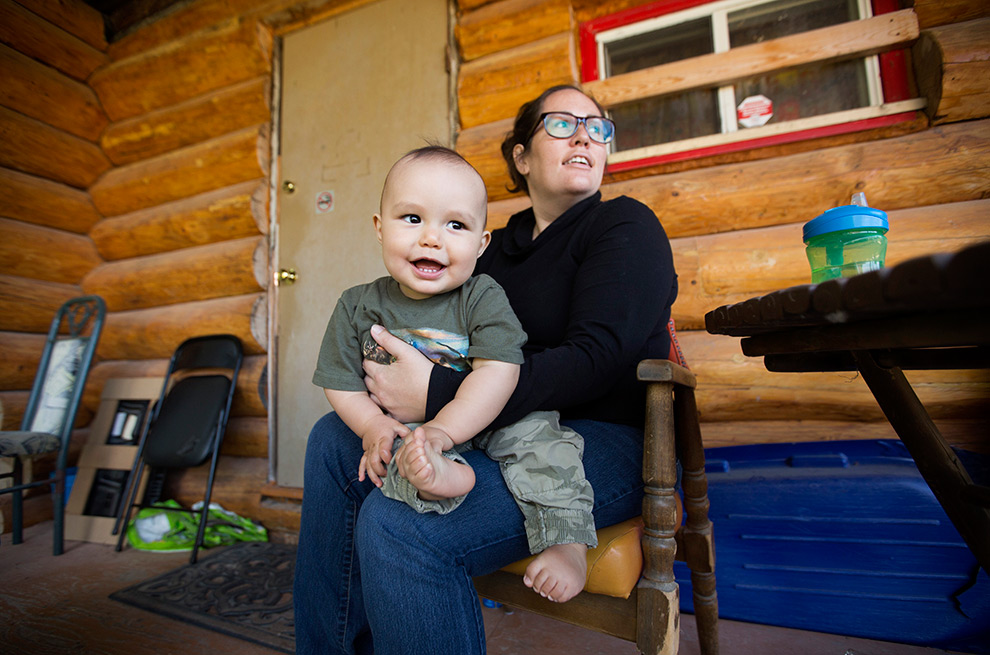 Walter Cook, Heidi’s grandfather, was a Cree hunter and trapper who had an encyclopedic knowledge of his people’s traditional territory. He helped government scientists identify rare nesting sites of the piping plover, a globally endangered shore bird, which led to the declaration of a conservation area in his name.

“I liked watching while he helped these [government scientists] do their work. He did it because he loved this place and he wanted it to be protected,” Heidi says.

As a child, Cook learned to love the boreal—which she knew only as “the bush”—while accompanying her father, Ronald, a commercial fisherman, during trips in the forest and on the waters of Lake Winnipeg.

“He didn't have any boys. … I would go once in a while and help steer the boat while he lifted his nets,” she says. “It was just nice. His office was nicer than anyone’s in the city.” 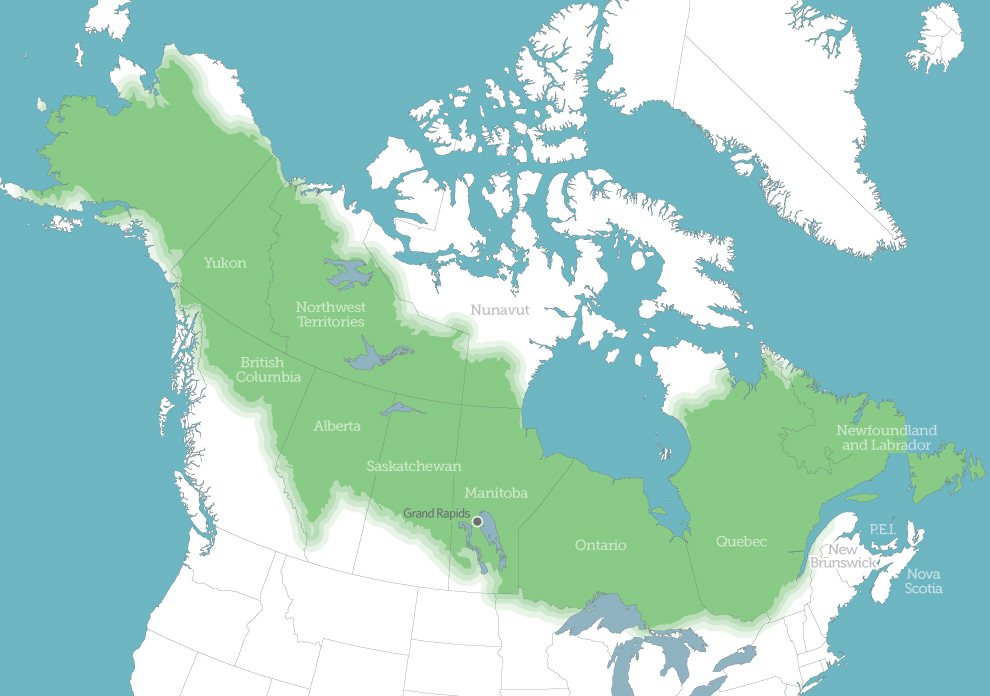 Grand Rapids is located on the banks of the Saskatchewan River at Lake Winnipeg, Manitoba.

Through oral history, Cook learned that the lakeside bush camp where she spent summers had been used by her family for at least 200 years. Walking the beach, she found ancient spearheads and arrowheads used by Cree to hunt wood bison or moose.

Cook began to fully appreciate the natural riches of her environment when she moved to Winnipeg, Manitoba’s largest city, with her family as a teenager. She yearned to return home, to feel that connection to ancestors who had roamed the same area centuries before.

“When I was growing up, I felt like we were poor because we didn't have a lot of money. [But I realized that] I had a really rich life in other ways,” Cook says.

“This is one of the most beautiful places on Earth. I feel extremely lucky to be from here, to be part of this community and to know this land, to have this land know me.” 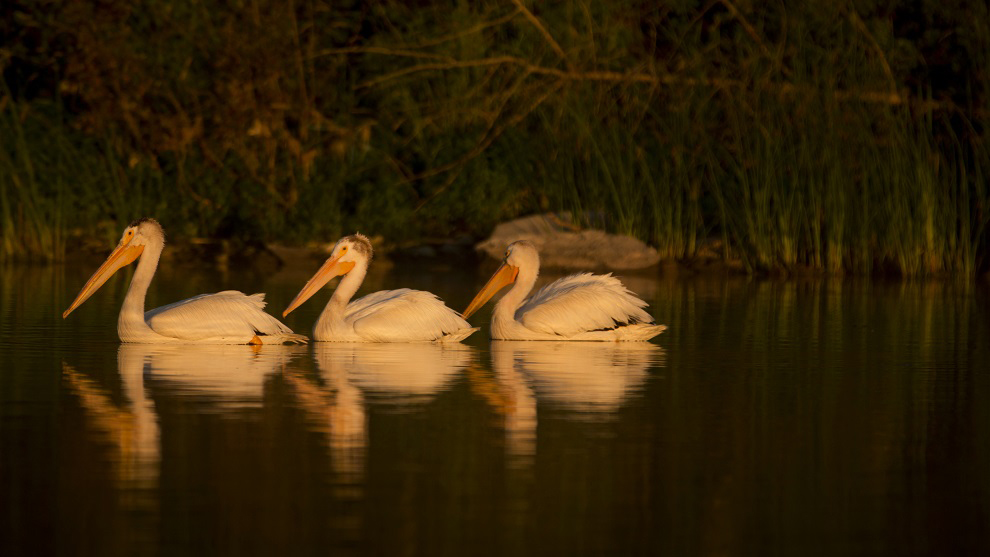 Cook attended university in Winnipeg, earning a bachelor’s degree in environmental sustainability and a master’s degree in development practice. Even though her education opened doors to career opportunities across Canada, she says her “dream job” was to help her community navigate the challenges and opportunities of land use planning.

“Some people can go their whole life searching for that feeling of belonging or knowing exactly that, ‘This is where I am supposed to be.’ I feel so blessed because I have that—I know this is who I am. I am a part of this place.” 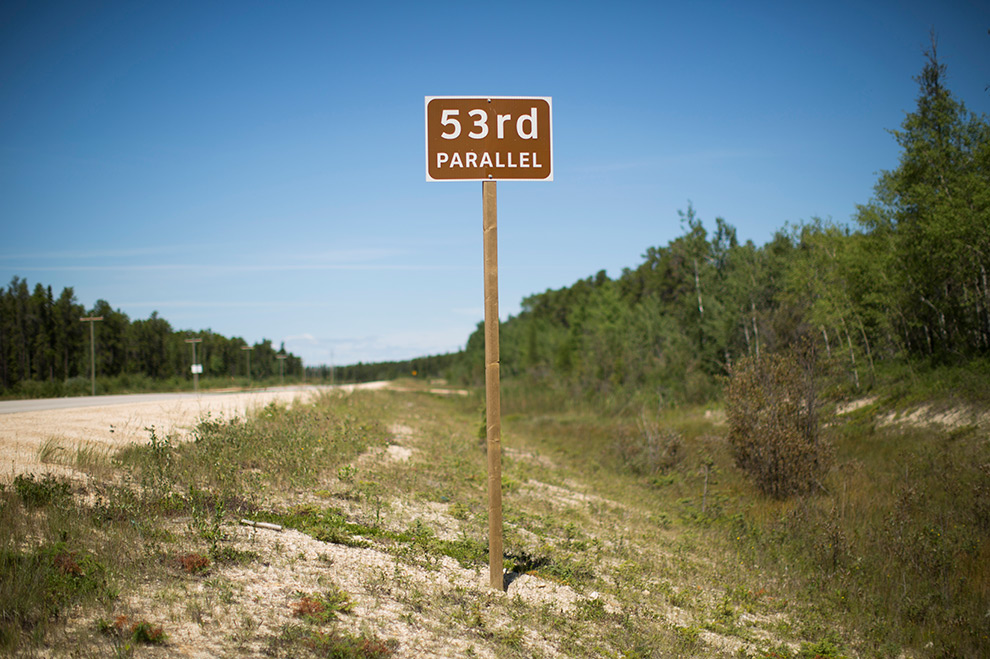 When I was growing up, I felt like we were poor because we didn't have a lot of money. [But I realized that] I had a really rich life in other ways. This is one of the most beautiful places on Earth. I feel extremely lucky to be from here, to be part of this community and to know this land, to have this land know me.Heidi Cook 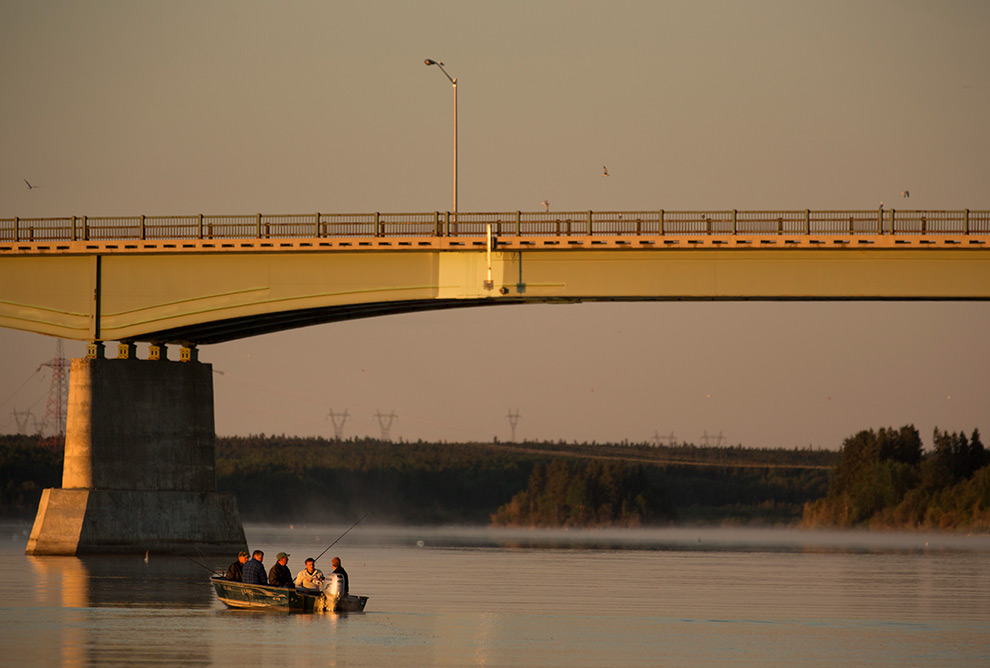 By Cree tradition, a boy’s feet can touch the Earth for the first time only when he is able to walk. Cook and her family will hold a “walking out ceremony” to celebrate the moment when Little Howling Wolf connects with the land.

The future of the boreal forest in northern Canada is intricately tied to the future of Indigenous First Nations such as the Misipawistik Cree. Left out of land planning decisions in the past, Indigenous people are increasingly asserting their rights and responsibilities to protect and sustainably develop the land.

In Grand Rapids, that has meant putting a hold on logging activities within the Misipawistik Cree’s traditional territory until the community can assess environmental and economic benefits and threats. In the past, Cook says, logging operations have encroached on important habitat for moose, which is still a staple food for many Cree families.

“We have experience in the past where [logging] hasn't been done in a good way. When we see these vast clear-cuts in areas that used to be this beautiful forest that was rich in wildlife for hunting and trapping, it hurts your heart to see that just laid to waste,” she says.

The community also insists on being an equal partner in planning for a potential national park on its territory, which had begun without its inclusion.

“We started over with a clean slate. If there’s going to be a park, then the boundaries … should be put forward by the Cree nation,” she says.

“One of the benefits [of a park] could be removing the stresses from commercial hunting and from logging.”

Cook understands, in a very personal way, the impacts of environmental destruction. A fire in 2008 wiped out about 125,000 acres of forest, including rich fur trapping areas, and her grandfather’s wilderness cabin. The blaze began when a visiting student set fire to his wastepaper.

“It was like having your house burn down,” she says. 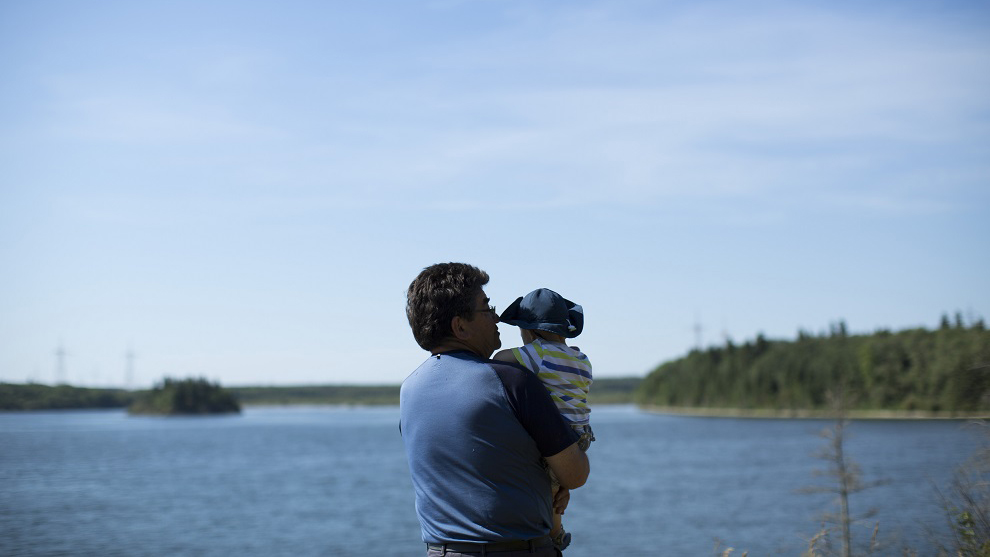 There is a spot just a short walk from Cook’s home where she can look out onto the Saskatchewan River and see the place where the rapids used to be. The loud roar of water has been replaced by the hum of electrical generators.

But sometimes, when the spillway is opened and water is released down the old river channel, Cook can hear the sound of her people’s history. 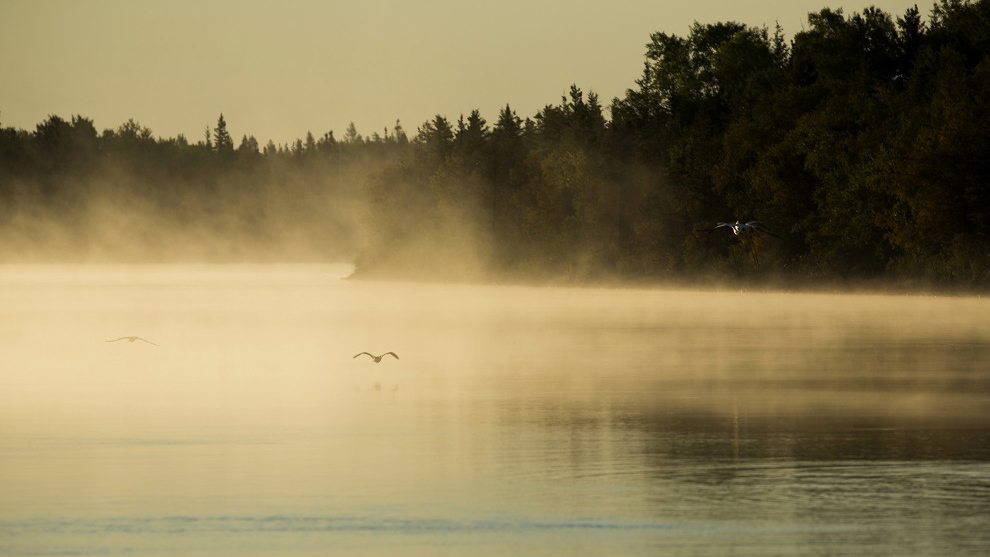 Some people can go their whole life searching for that feeling of belonging or knowing exactly that, ‘This is where I am supposed to be.’ I feel so blessed because I have that—I know this is who I am. I am a part of this place.Heidi Cook 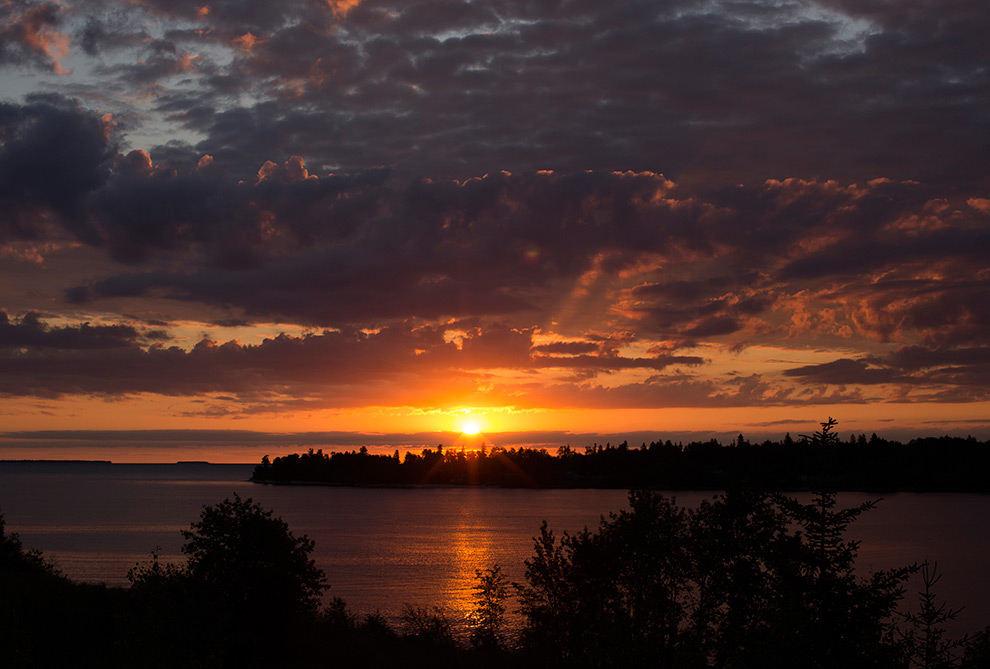